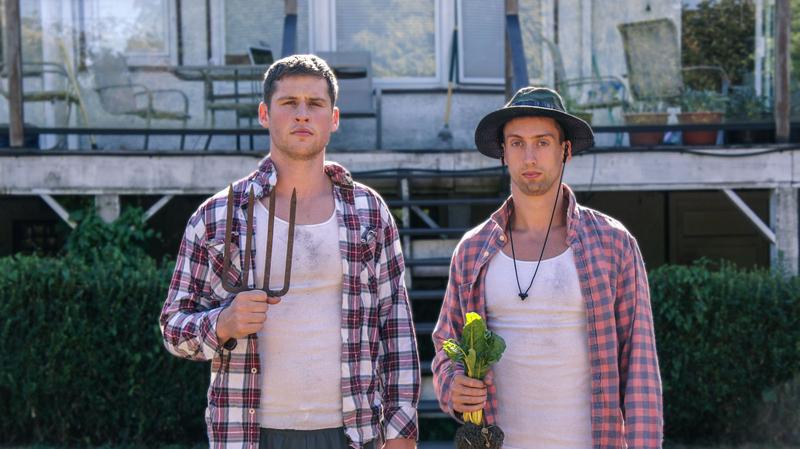 Smoothies are easy to make -- healthy and delicious -- but often university students find it difficult to incorporate vegetables into theirs. Tonner Jackson and Michael Steele, two UBC alumni, are trying to solve that problem by bringing you Smoothie Veggies, a business venture that sells packaged vegetables for individual smoothies.

Recently graduated UBC varsity athletes, Jackson and Steele both feel that, as students, it is hard to eat healthy.

“I’ve been using a blender for years. But after coming to university, the pain point for me was including veggies in my smoothie," said Jackson.

Smoothies are an easy option, but it is difficult to store fresh bulk vegetables and know the right quantities to put in to make a good smoothie. To solve this problem, Jackson and Steele started growing their own vegetables in their backyard in late April. Locally sourced and organically grown, Smoothie Veggies sells two different strands of Swiss chard and three different strands of kale and mint. All three of these very self-resilient plants can grow all year in Vancouver weather and are densely nutritious. Kale and Swiss chard are extremely healthy with many essential vitamins, minerals and antioxidant properties. Mint relieves the tartness of the other two vegetables and gives the smoothie a better taste.

"Kale has that reputation... Swiss chard is even more densely nutritious, but [is] not as in vogue right now as kale," said Jackson. "The mint provides a way to cut the tartness of the two vegetables so that it just tastes really good."

Smoothie Veggies source their vegetables from their partner, UBC Farms. The veggies are frozen as soon as possible after picking and packaged into individual smoothie-sized portions. Unknown to many, freezing vegetables immediately upon harvesting actually preserves the majority of the nutritional content.

“We’ve kept it very simple and transparent. The vegetables are grown on local UBC Farms, packaged here and delivered to your door," said Steele.

Together, each smoothie package adds up to an adult’s recommended daily vegetable portion. A single order costs $25 and a weekly subscription costs $20. All deliveries are made on Sunday and each order contains seven packages -- essentially a week’s worth of Smoothie Veggies.

Graduates of Sauder Business School, both Jackson and Steele have always discussed starting a business. When this idea struck them, they just had to give it a shot. “So even amidst our professional careers, Smoothie Veggies has been important to us," said Steele.

Jackson and Steele hope to increase the vegetable combinations that Smoothie Veggies offers and they are hoping to serve the Vancouver market well before expanding geographically. Jackson and Steele believe that in a fitness-conscious city like Vancouver, there will be a demand for their veggies.

“Right now, there isn’t a similar product in the market on a local organic scale. And that's what makes us unique."