A guide to the admittedly limited pizza options on campus 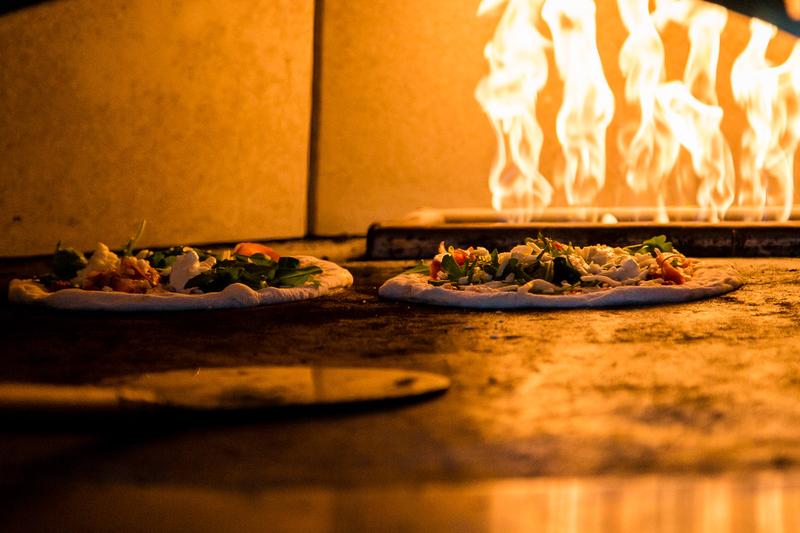 Pizza — one of college life’s laziest and greatest last resorts, second only to ramen. Its place in our daily life is so omnipresent that it was ultimately inevitable that some pretentious culture writer would take the time out of his week to overthink how important it is. So I guess that writer might as well be me.

Hopefully my ramblings can prove useful to the less adventurous students, who haven’t fully explored the campus for all their I’m-too-tired-and/or-too-smashed-to-cook-tonight needs. So then, without further ado, here’s my absolutely objective ranking, from worst to best, of UBC’s top four pizza places.

I take it everyone on campus is familiar to some extent with this Nest-based establishment and that, by proxy, they know exactly why it holds this placement on the list. Honestly, it’s probably better that we talk about the positives first. Pi[E]R^2’s good location, simple set-up and dirt-cheap prices ensure that you can always grab a quick bite before class at any time of day. And if you make the wise choice to order only one slice, you can even fool your stomach into thinking its digesting real food.

There have honestly been few times when I haven’t regretted eating a second slice of this processed, factory line pizza. It tastes fine enough and there’s plenty of variety in the options but, like with McDonalds, I can never truly shake the greasy guilty pleasure feeling that builds in my belly with each trip.

Oh, and bonus points, now they have ice cream!

Honestly, I’m not sure if I can really claim that Pizza Garden is better than Pi[E]R^2. In the first place, I can’t even technically call it a UBC pizza place considering it’s located in the village, but then, I wouldn’t be able to justify a list of only 3.5 institutions.

Pizza Garden’s only real leg up is that it tastes marginally better and feels healthier while not costing much more ($2.86 per slice). Other than that, it’s farther away and has less diverse options. But it absolutely still comes in handy when you are returning on the bus from a late night out and are in desperate need of food to absorb whatever booze’s still eating at you.

Only opening late this year, Joe Pizza actually takes a significant leap in quality from its predecessors. It tastes good — not amazing but certainly good enough that it reminds me of similar — though ultimately still better — family-run establishments back home in New Jersey.

Obviously, this means a greater price hike ($5.75-6.75 per slice), but this is compensated by the strange sensation that you might be having something resembling an actual meal, rather than a guilty snack. I particularly enjoyed the fresh grape tomatoes on the Margarita slices and even enjoyed their version of the Bianca more than Mercante’s.

My only real complaint is that the outer crust is a little too thick and crunchy, which sometimes overwhelms the taste of the toppings. But other than that, it’s just fine pizza with a great location. It’s located directly next to the UBC bus loop, which means that both of those who are on campus and hopping off the bus can easily enjoy a slice.

It even has vegan pizzas.

Mercante only barely beats Joe Pizza — in fact, they’re practically tied. It really depends on whether people are looking for a slice for the later or full pie for the former ($11-12 per pie).

I’ve gone to Mercante regularly since first year and though it’s not perfect, it has successfully sustained my friends and me through many a lazy night. In quality, it is nearly identical to Joe Pizza though it does have better crusts. I might also add that I’ve gone enough times to notice that it is not 100 per cent consistent. Some pizzas are cooked better than others and the shape of the pie often heavily skews the definition of a circle. Still, it’s the closest to the dorms — or at least my dorms at Totem and Marine (sorry Gage) — and it provides more than a full meal whenever I’m in my “bottomless pit” mode of eating.

Undeniably the truest, most reliable last resort for all your lazy hedonistic needs, nothing quite beats pizza delivery. My previous MacDonald’s comparison probably fits here better if I’m being honest. Of course, it’s the worst of the worst in terms of quality but can you really say no to having cheap food brought to you while relaxing on the couch? Their boneless chicken and BBQ sauce is also legitimately heavenly.

Obviously, they’re not located anywhere near campus so they’re technically not a UBC pizza institution, but they still have their place, in our hearts (I’m so sorry).