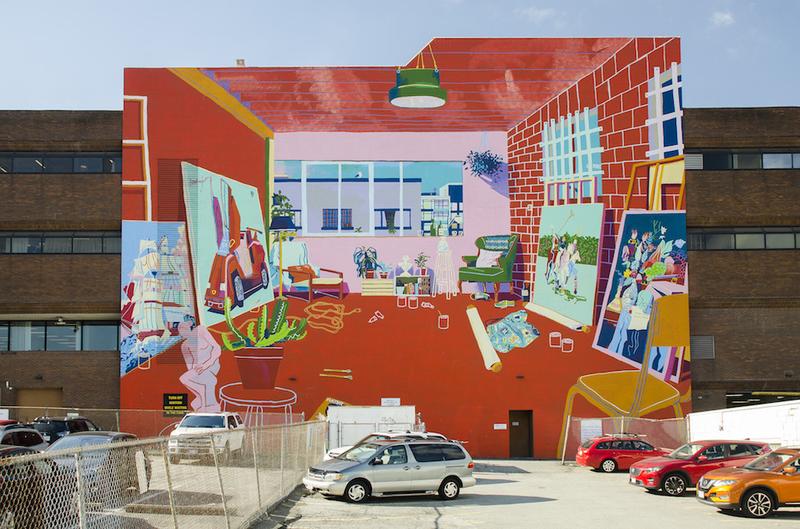 Tom Nichini, a master’s student from UBC, explained that his interdisciplinary degree in urban studies and urban design played a big part in his participation in VMF. Nichini, who started as a volunteer in 2017 doing policy research, received more decisive power and now does a lot of “behind the scenes” work, from managing the tours to running a section of the festival called the Ice Cream Kingdom (intriguing, I know).

The VMF is dedicated to getting involved in socio-cultural issues. By giving creative freedom to artists who come from different backgrounds and tell different stories, the festival plays an important role in social movements. Nichini explained how the festival works as a platform to encourage conversations.

“At least it’s getting people talking about [socio-cultural issues] and trying to explore them in a different way, and that’s something that I think is ultimately at the end of the day a positive thing.”

This year, the festival is focusing on female producers and artists as well as Indigenous representation with Musqueam artist Debra Sparrow, a self-taught designer and weaver. Sparrow sees the festival as a medium to bring about reflection on our environment and history, which goes traces Musqueam history while also being inclusive to all cultures.

VMF is working hand in hand with Sparrow, and has made significant efforts on reconciliation with First Nations communities. However, Sparrow asserted that there is not one way to reconcile. She uses her art as a catalyst to conversation, hoping it could help to repair the misinformation people have about the Indigenous communities on this unceded territory. This was a similar goal for a previous mural of hers, created during the 2018 Art Smash event.

“People were just mesmerized by [the two pillars under the Granville bridge] and they are a wow factor. When you approach it, [it] is like ‘Wow, where does this come from?’ When they find out it comes from here, I think they’re proud of it. And I don’t want it to be a Debra Sparrow piece — it’s our territorial piece, it belongs to all of the Salish communities and to all of the outer ones as well.”

In three years, VMF has not only put up beautiful murals on walls, it has created a growing street art culture that allows artists to tell their own individual story while also connecting thousands of people who share a similar story.

“I really just want people to look at what I do and hope that they they are inspired by it,” Sparrow explained. “[I hope] they look at it and think ‘Wow I recognized something in myself that I forgot about’ and that there is the sense of connection to it.”