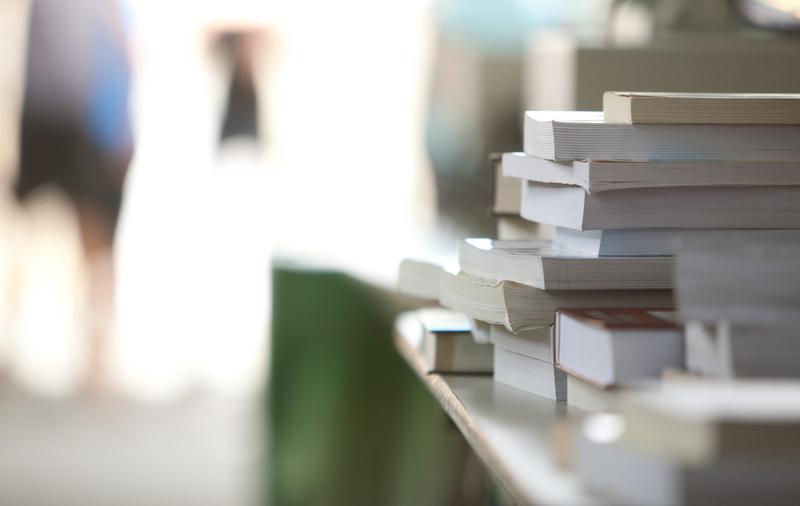 If you haven’t heard of a UBC’s Varsity Writing Team or their numerous members of student writers, then fret not — almost no one else has either. Although, with their new book of short stories, it could help kick-start a path to become a household name among UBC’s creative writing community.

Blood, Sweat, and Beers – the very first short story anthology released by the team – is a collection of different pieces written by students that had taken creative writing courses this year. Although the stories themselves span different genres and tones, none of them share any thematic connection to each other whatsoever. The only commonality is the fact that they were all written by university students. The title of the book itself is not thematically relevant to any of the stories within, but merely wordplay relating to the student life experience.

“I was brainstorming with my friend who was a photographer for the book. We were trying to find the title that would capture all the stories. I think it was his idea actually where he said something like hard work at university is a lot of ‘blood, sweat, and tears. Well, there’s a lot of beer too.’ And that’s how the name came out.” said Trenton Galozo, a graduating music major.

Galozo founded the Varsity Writing Team and helps coordinate and edit all the stories created by its members. The book itself had a very minimal distribution, according to him. Only a little more than 100 copies were published and most of them were given to friends of anyone within the team. This “under the radar” release reflects the still very infant existence of his group, which only began more than a few months ago with no official established presence as a student club.

“It started about a year and half ago – the idea came from a co-worker. She enjoyed going to poetry nights and just thought it’d be cool if there were short stories. I thought, maybe I could make that happen,” said Galozo, who let the idea gestate until late last year when he signed up for a creative writing course. At the end of the term, Galozo began gauging interest from students within the class that wanted to do more outside of the class room, whether publishing their work or sharing them in reading sessions.

“It was just basically a Facebook group. The team is not a registered team or anything. It [didn’t have] a name until February. It was very unofficial.”

Small-time group or not, Galozo feels that the efforts of the group have paid off well. This is not just with publishing the book, but the engaging process of curating their work was well worth it.

“A lot of people [wanted] to help out any way they could. It was more than just the magazine and releasing it — the whole thing was also a workshopping session. [This] is where a lot of the writers’ true work came out. They gave a lot of great feedback to each other and helped the stories progress a long way.”

Given this, Galozo hopes the group gains more traction among UBC’s writing community. He hopes to make it an avenue for passionate student writers to hone their skills and showcase their work through more collections, whether majoring in creative writing or not. He even plans to keep engaging with it after graduating this year.

“The workshopping process, getting it printed and having a reading event … are the three core parts of the [process that] are available to majors but not to those outside,” Galozo said. “I wanted to create this opportunity for non-major writers to be a part of this writing community and start growing it. I want to continue on with that.”