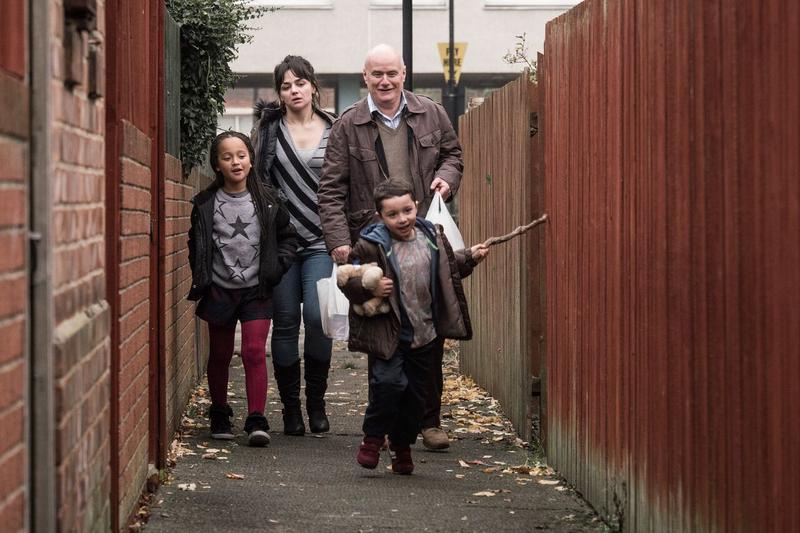 Upon leaving the Vancouver International Film Festival’s screening of I, Daniel Blake, the audience is reminded to fill out their Super Channel ratings cards to win — I don’t know — a free 30 day subscription or $10 off your next purchase. Where usually this would have come across as simply cringeworthy, after sitting through Ken Loach’s piece of work, it felt a little disgusting. I, Daniel Blake paints an honest picture of the modern Daniel Blake — a representative of abuse, degradation and humiliation under the Conservative government and the “free” market. And to bookend it with such a commercialized statement seemed like a cruel joke — though perhaps that is apt considering the world of Daniel Blake is, as he calls it, “a monumental farce.”

The titular Blake is played by Dave Johns, a stand-up comic trading in his comic craft for a more tragic role. It may be this background that eases audiences into the world of the film — John’s mastery of comic timing and expression in the first 20 minutes helps us get through some clunky exposition, but more importantly, it makes his character's fate even more gut-wrenching. He performs opposite single-mother Katie (Hayley Squires), a character forced by the system into various roles — mother, carer, thief, prostitute — each of which emphasize her exploitation under Her Majesty’s Government as a woman. A particularly affecting scene shows her interrogated for shoplifting by the store manager, only to find tampons as the stolen “luxury.”

But I, Daniel Blake is not simply a character study — something shown by the attention to detail in constructing the film's version of Newcastle. Loach paints a balanced picture of the community Blake & Katie inhabit — young and old, white and black — all trying to get by. It brought to mind my professor, Paul L. Krause, and his rule of social history — “people do the best they can under the circumstances they’re given.”

Secondary characters in the community do what they have to — Blake's neighbours trading sneakers illegally or Blake's antagonists in the employment centre acting as cruel as the government permits them to be. No one acts based on their desire or drive, but on their need instead. And what people need in post-Brexit Britain is to survive when the government has a vested interest in decreasing the surplus population.

I didn’t give a rating on the Super Channel ratings card. I, Daniel Blake is a film that deserves better than arbitrary ratings for the chance to win a buck or two. It deserves better than two screenings at VIFF (luckily, showings in British pubs and community halls where a general release might not reach have already been planned by Loach). It is a film that stands up to the title of “Great” Britain. In a Britain where the Department of Work & Pensions admits that 2,380 people have died as a result of changes to the Benefits System, how can we consider ourselves great? The attempt by the conservative government to hide the extent of poverty and misery with happy clappy Great British Bake Offs and The X Factor is made clear in films like I, Daniel Blake. They cannot hide their exploitation of the poorest and least able in society. It is a theme that has always been central to British history, through colonialism to gentrification & beyond. Ken Loach has the courage to show us our dirty past hasn’t gone away.