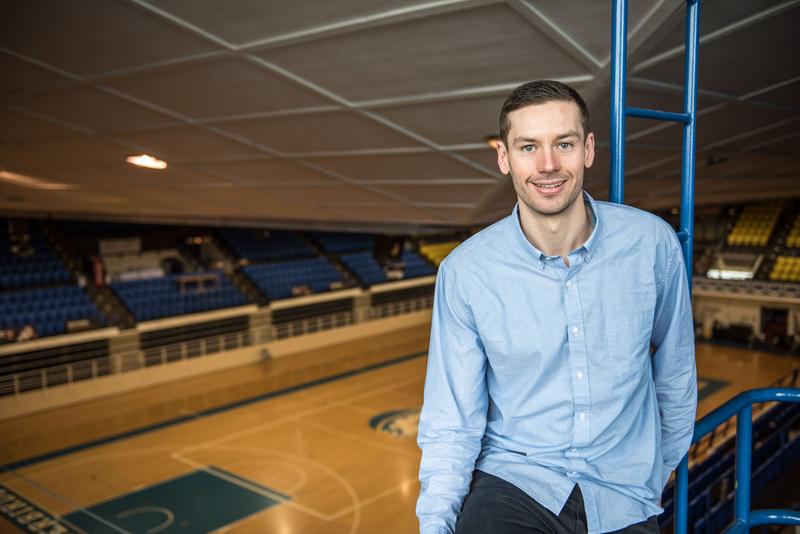 Geoff Pippus, a former varsity basketball player and sociology student, is one of the founding members of Reimagining Manhood — a campus group that encourages men to discuss issues of gender inequality such as privilege, relationships, violence, leadership and feminism.

While Pippus enjoyed playing basketball and is now involved in coaching, he recognized hyper-masculine spaces can be problematic.

“It’s hard for me to go to my former teammates and say, ‘Come talk about feminism,’” he added. “It’s so pervasive — this idea that feminism is a women’s issue — that it’s hard to get people involved if they’re not actively searching it out.”

After quitting varsity basketball to focus on his studies, Pippus enrolled in a gender relations course on a whim. He loved the class and was vocal during discussion. But when he attended a talk during 2014’s Sexual Assault Awareness Month, he clammed up. As one of the few men at the event and with little experience in gender activism, he felt uncomfortable participating.

After talking with Tal Nitsan, his gender relations professor, Pippus realized other male students also felt uncomfortable about discussing gender in public. Nitsan gathered a group of them together and Reimagining Manhood was born.

“Gender is a spectrum — it’s not male and female and it’s not just women that need to fight for women’s rights. It needs to go both ways,” said Pippus. “But I think that’s not widely accepted.”

Among other events, the group hosts what they call “Alternative Guy’s Nights.” These are workshops where male-identified students come together to talk about issues including sexual violence, mental health, drinking culture and feminism. They try to apply feminist and sociological research in a way that’s applicable to men’s lives.

Pippus said one issue they addressed is how to react to offensive comments or jokes directed at women.

“We talk about how difficult it is a to hear those things from people you know and trust and might be friends with, but we also talk about ways you might be able to interject a voice that gets them to reconsider what they're saying,” Pippus explained.

According to Pippus, around 30 other students have attended their events. The group has also created a website to open up discussion online.

For UBC’s Sexual Assault Awareness Month in January, their Alternative Guys Night was titled, “But I’m not a Rapist!” Pippus described the event as a way to involve men in discussions about gendered violence. He noted that although most men are not sexual predators, they need to be involved in discussions and speak out against sexual harassment and assault for meaningful change to take place.

Pippus is also writing an honours thesis on this subject. It explores sexual assault issues on campus from 2013 to the present and how UBC responded to them. Pippus is looking for underlying causes of rape culture on campus and ways to address the problem other than reacting to crises. He believes mandatory education on consent could be a step in the right direction in addition to replacing the message of, “don’t walk home alone at night,” directed at young women with activism for social change.

Pippus’s work is part of a growing trend of masculinity studies in North America. At UBC, there is also a Men’s Health Research project out of the School of Nursing and the SASC has started a Healthier Masculinities group. The Terry Project also hosted a Bar Talk on Toxic Masculinity in January. In the United States, Stony Brook University is planning on offering the first Master’s degree in Masculinity Studies.

“I do think it’s an improving conversation and I think that’s a sign of positive change,” said Pippus. “There’s a lot of room left to go and it’s all based on the work of feminist scholars before this.”