Our Campus: Hatch Art Gallery commissioner Gillian Anselmo believes that art is about the people 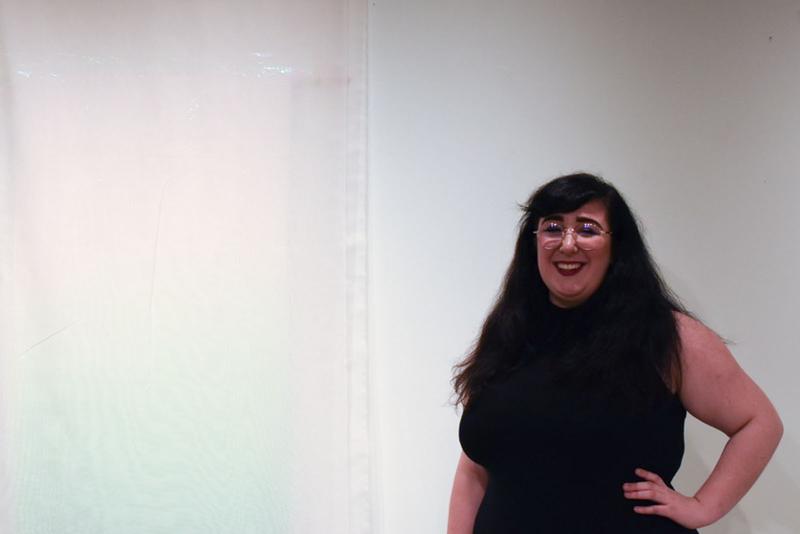 Art isn't, for Anselmo, about recognition, it's about the interaction.

Gillian Anselmo, fifth-year art history student, has embraced the art community at UBC with an open heart. As commissioner of Hatch Art Gallery in the AMS Nest, her vision for the gallery was to give students opportunities to express themselves through art on campus.

Anselmo dabbled in graphic design during her first few years of university, working as graphic designer of the Art History Students’ Association. However, her involvement on campus has morphed into a full-time endeavor to cultivate a space for students to immerse themselves in art.

“Every commissioner brings their own vision. For me, my vision was to give students opportunities,” said Anselmo.

Growing up in New York City, Anselmo was exposed to an abundance of art. She understands that art is about the fame and glory for some, but her passions in art lie elsewhere.

“I think a lot about art in ways of opportunities. It's hard to explain. Art for me is important because it's not about the money and it's not about the recognition, it's about young artists, especially young female artists,” said Anselmo. “The big thing about art for me is the way that people interact with art. For me, the notoriety behind it is not as important to me as the way that people see art who don't know a lot about art.”

More than anything, Anselmo loves to listen to what others have to say about a piece.

“I really love when children come in here. I really like to hear people's thoughts on artwork because, for me, no matter what, art is always going to be a reflection of who the audience is rather than the actual art. That's what’s really important about art. I really love to experience that,” said Anselmo.

Anselmo noted the importance of focussing her efforts on campus. She understands that it is difficult for young artists to flourish in the art industry and wishes to provide students with a chance to prepare themselves for the future.

“There's so much opportunity for old people. Galleries won't even look at certain artists that don't have a CV. For me, it's about artists that don't have the CVs or are building their CVs. That's why UBC is such a good prime spot. There are students in here and they're all so different, cool and new. All the art here [in the Hatch Gallery] is so new and it's super cool,” said Anselmo.

A major part of Anselmo’s role as gallery commissioner is working with volunteers and artists.

“I'm a people person naturally, but I think I was able to channel it in ways to work with my passions,” said Anselmo. “Building community and working with volunteers here has been one of my favourite parts of this job. I have about 15 [volunteers] and they're really interested. I've met some really amazing people who work on my team, people like Mary Buckland whose art is actually in here right now. She's incredible. One of the best people I’ve ever met in my life.”

The power of expression in art continues to fuel Anselmo’s passion.

“Art for me is such a great expression in language,” said Anselmo. “You have a bunch of different voices and different opportunities.”

Recognizing that she is graduating this year, Anselmo hopes that people will continue to realize the importance of spaces like The Hatch.

“Not only does the space give artists a chance to show, but it also give a lot of students opportunities to get volunteer experience here,” emphasized Anselmo. “The thing is, it does serve the community. I don't think people who don't understand art are able to understand that as well, but I hope that one day they will.”