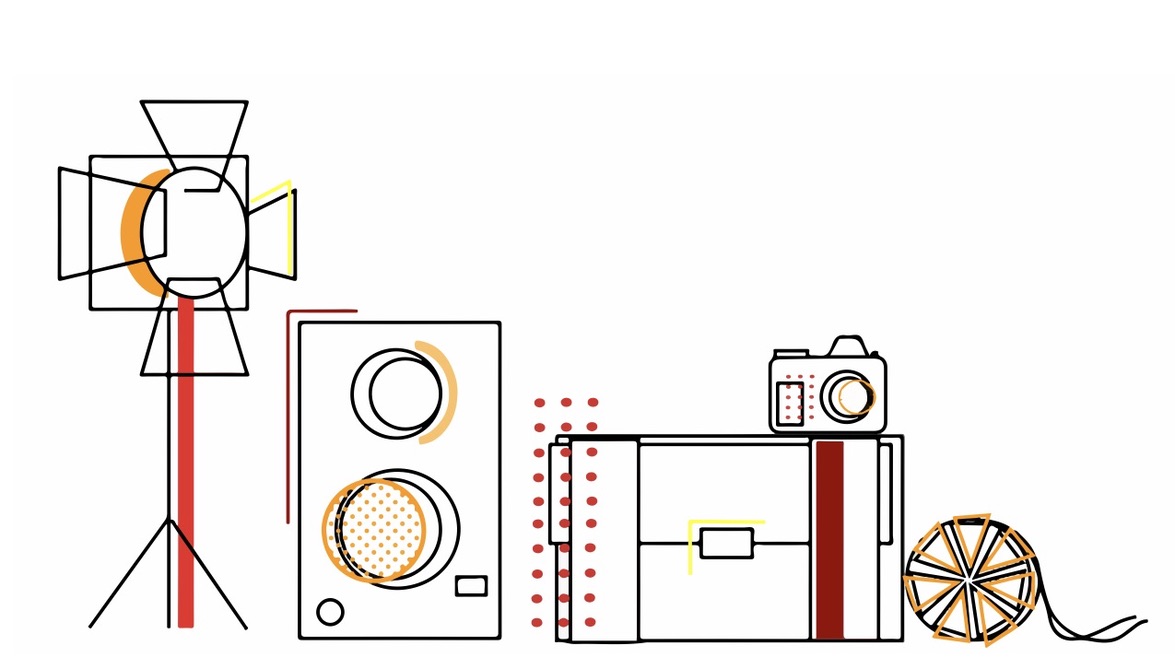 The campus is far from camera-shy, but the behind-the-scenes intricacies of filming here are flashy in their own right.

If Vancouver has made a name for itself as ‘Hollywood North,’ then UBC is its exemplar: as of 2018, the campus is the ninth-most filmed location in the world, according to a GoCompare estimate. The only Canadian location to earn a spot on the list, UBC has been a film set for movies as varied as Fifty Shades of Grey and X-Men Origins: Wolverine and television shows such as The Magicians. Recently the NBC musical Zoey’s Extraordinary Playlist filled the Nest with loud colours and quiet onlookers.

The campus is far from camera-shy, but the behind-the-scenes intricacies of filming here are flashy in their own right. Filming on campus involves many moving parts and is coordinated by the university’s Campus and Community Planning (C+CP). Filming in the AMS-owned Nest is overseen by the society itself, falling specifically into the portfolio of the VP administration.

“How space is allocated, how bookings are done, all that goes through [the] Operations Committee in my office. We’re sort of the leads on that,” said AMS VP Admin Cole Evans, who is also running to become the society’s president and for a seat on the Senate.

“As far as what occurs in the Nest, that’s entirely AMS jurisdiction. So, for example, when there was [Zoey’s Extraordinary Playlist] here a couple of months ago, when they also were set up outside in the plaza and they were filling in the atrium, all the logistics of the plaza stuff would have gone through the university, and all of the bookings, as far as our building, would have gone through us.”

Considering Evans’s assertion that “[the Nest] is a building that is here for students, not a conference center or a movie set” and that UBC’s mission is one of learning and research, the question is: why go through all that trouble to facilitate filming on campus at all?

Filming on campus and in the Nest has its pros and cons for the people learning and working at UBC. On the one hand, film productions sometimes necessitate detours or careful footwork to avoid tripping over cord protectors. As well, no matter how unobtrusive they try to be, film productions are distracting if only because they break up an otherwise-regular day.

If you’re a film student at UBC, though, the ‘distraction’ might be anything but. Theatre and Film’s Film Production Administrator Sarah Crauder noted how making an appearance at productions can be instructional for students in the film department.

“There’s been enough alumni that there’s generally somebody connected to [a] production that goes ‘Hey, while we’re here, we might want to reach out, let’s see if there’s anyone interested!’”

This invitational mindset is entrenched in the UBC Filming Guidelines, albeit as a suggestion rather than a required precondition of filming. Of course, unofficially students, staff and faculty can stop and stare at a production whenever possible, regardless of department affiliation. In that respect, out-of-classroom learning is available at varying levels to anyone on campus.

There are financial benefits for filming as well, particularly in the Nest. Because the AMS is a non-profit, “all the money that we raise and generate go back to students in the forms of services and programs and towards our lobbying efforts,” said AMS Marketing and Communications Manager Eric Lowe.

UBC makes an attractive filming location because of its simultaneous variety and unity: the campus contains gardens, labs, libraries, a beach and more, all for the same starting rate of $2,500 per shooting day. The student-owned Nest is only one building, but its internal variety is a microcosm of UBC, according to the Department of Theatre and Film’s Administrator Cam Cronin.

The Nest is popular with student filmmakers as well as commercial ones for similar reasons, though at a different price, said Crauder.

“[The filming fee]’s not subsidized by the department, it’s actually supported by the university,” said Crauder. “It’s considered course work the same way that a physics student would be allowed in the lab.”

In their filming guidelines, UBC and the AMS share a specific definition of “student-led.” The policy stipulates that as long as a production is “a bona fide student production” involving “an assigned instructor and [that] at least 50% of the crew” are UBC students, students get to film on campus — within and without the Nest — for free, with the notable exceptions of external charges like parking, catering and cancellation fees. Filming on campus is so ubiquitous that, in an emailed statement, Crauder noted that “the [FIPR 469G’s] Naked Cinema film … actually filmed in [The Ubyssey] offices.”

While the VP admin is in charge of the Nest, Evans explained that filming there is a bit too complicated to view it as a strictly one-on-one relationship. Representatives of UBC, the AMS and local and international productions all have some hand in Nest filming. UBC’s C+CP has jurisdiction over filming on the rest of campus, through which vehicles have to travel to get to the Nest. Also, booking requests often go through AMS Catering & Conferences and there is a significant amount of collaboration between these groups and UBC-unaffiliated groups. For example, Lowe said that “We, [the AMS], have listed the Nest as a filming location in BC Film and other databases like that.

“Of course, the trucks [from productions] have to drive through UBC and park on UBC property,” said Lowe. “So we do work in partnership with them.”

All this means that filming in the Nest can involve, aside from the productions themselves, the AMS’s VP administration portfolio, Catering & Conferences, UBC’s C+CP, Theatre and Film (plus their alumni) and anyone who finds themselves near a production.

The season influences things as well. During the academic year, commercial productions who want to film in the Nest need the sign-off from Evans or AMS Managing Director Keith Hester. During the summer, that permission is granted or withheld by C+CP.

“I talk with Campus and Community Planning when it comes to things that involve AMS projects,” Evans explained. “I communicate with them mostly for specific capital project-based items, as far as approvals and permitting and all that stuff. Otherwise, most of the advocacy work and talking to C+CP about things off-site would be through the President’s Office and the [VP academic and university affairs].”

The necessity of teamwork in Nest filming even shows up geographically, said Evans. “Technically the 20 per cent of the plaza that’s closest to [Irving K. Barber Library], which is where the Block Party stage is always set up — that’s the AMS. And then the rest of [the plaza] is [the] university.”

The difficulty of filming on campus and, especially, within the Nest mirrors the give-and-take nature of film and television production itself. While this influence is more due to happenstance than to UBC and the AMS taking direct inspiration from filming in the Nest, Evans has explicitly found inspiration for non-film projects in the process, noting that the decorations from Zoey’s Extraordinary Playlist made him “think maybe we should just put some actual trees in the Nest.

“It’s something that I’ve sort of had in the back of my mind ever since that happened,” he said. “So I’ll definitely be taking a look at that.”

The Nest is still a relatively new building, as it opened in 2015, so it will be a while before it catches up to the pace of filming around it, in the general UBC area. It’s making strides, though, between Zoey’s Extraordinary Playlist and the Rita Ora’s “Your Song” music video that was filmed in the Nest in 2017, and Evans hopes to improve the transparency around the process.

“We’re looking actually to make a change so that commercial bookings in the academic year can only be approved by myself or another elected student executive,” he said. “We’ve been drafting up a lot of changes, actually, to the Operations Committee policy manual … everybody can expect to see those changes come in and be finalized sometime over the next few weeks.”

Despite aspirations for UBC to maintain its role as a top spot for filming, Cronin says that students remain the top priority.

“I think that all the way from … the president’s office down, our mandate is teaching students. If filming fits in, great, and if not, we don’t bend over backwards to make it happen.”