Our Campus: Vice-President Research and Innovation Dr. Gail Murphy is reworking the code of UBC research 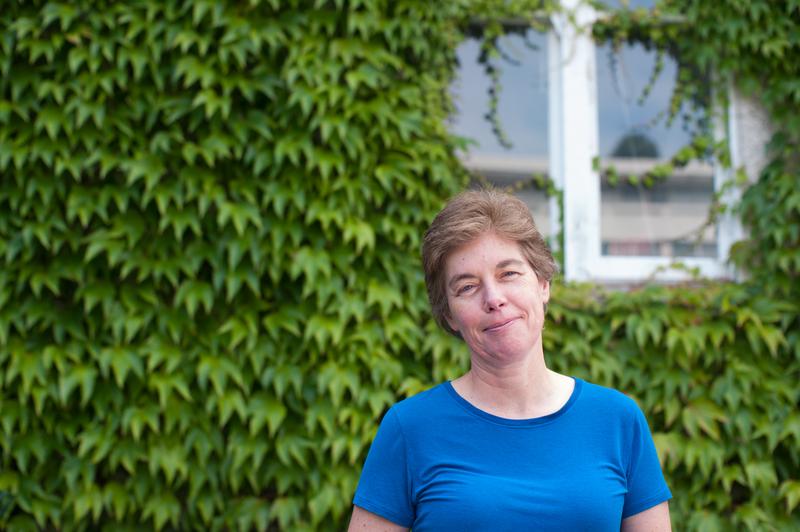 The flexibility that initially drew Dr. Gail Murphy to computer science is also reflected in her new role as Vice-President Research and Innovation. Patrick Gillin

When Dr. Gail Murphy decided to major in computer science, she made a choice not to choose.

“I actually ended up choosing computer science as a major to begin with because it had the most flexibility,” said Murphy. “It’s almost like you never have to choose what you want to do [in computer science] because you can learn about different things.”

A former professor of computer science at UBC with over 15 years of experience developing software in the private sector, Murphy was appointed to serve as UBC’s Vice-President, Research and Innovation (VPRI) in June. After one year as associate vice-president research pro tem advancing projects including UBC’s interactions with Microsoft and the Research Excellence Cluster initiative, Murphy is looking ahead to shape her new office into a central resource hub for researchers and innovators at UBC — a task not unlike her own research interests.

“My [research] group works with a lot of techniques to find the right information at the right time so people can work effectively and productively,” said Murphy of the research group that gave rise to Tasktop Technologies, a software integration company which she co-founded.

“Really, [the VPRI office is] trying to enable the extremely strong research community we have to understand what connections they can form and make it possible for them to meet.

"And so in that sense, that it’s a complex information structure, it’s really similar.”

The flexibility that initially drew her to computer science is also reflected in her new role. When research blurs the lines between fields and new disciplines emerge, the challenge is to support the projects without forcing them to fit the traditional research mould.

“A new field that’s been emerging now for a number of years is digital humanities — how are they really changing the discourse in academic fields, in how even scholars are talking about things together?” said Murphy, noting that UBC has a strong presence in the field compared to other universities in Canada. “[Our work is] not so much maintaining a structure that you’re going to put in, but finding new connections that emerge."

As the VPRI office grapples with how to organize, connect and support rapidly evolving and emerging research fields, Murphy draws from her own “Eureka!” moments. One, which took place during a research project on information visualization with her colleague Dr. Mik Kersten, eventually led to the pair founding Tasktop together.

“We both looked at [the project] and said nobody is going to use this, but if we took it and folded it in to how the interfaces worked, that feels right,” said Murphy of the moment that would lead to Kersten’s PhD dissertation topic and over 10 years of a successful company. “It’s that one moment where you feel like you could really change the world.”

While Murphy agrees that when most people think research they think of STEM disciplines, she noted that the knowledge gained through study of social sciences, humanities and fine arts is essential to driving the transformation of inspiration into impact in any discipline.

“It requires a lot of creativity and that comes because we have people looking at how individuals work together, or how religions evolve [and even] how performances can be used to help people grapple with really difficult situations,” said Murphy.

“What’s really exciting is when we start to see the confluence of different research areas where an advance in one field is making an advance in another field much more possible.”

Even as Murphy foresees a continuing need to engage government and community groups with research alongside Vice-President External Dr. Philip Steenkamp, she sees the changing nature of issues in the public eye as more impactful to the research-policy relationship than the recent change in government on its own.

“The problems that are facing our globe are more noticeable [and] people are talking about them more in the community,” she said, listing healthcare innovation and climate change as increasing areas of public concern that are intensely research-informed.

“What happens at the university is affecting our society in more of a visible way, so … we have to keep up with what is being expected of us as a community within not only Vancouver, but a community within the Okanagan and then BC and the the world.”

As Murphy begins to work with senior administration to form a strategic plan, she sees her experience in the private sector as informative to her understanding of the kinds of outcomes partners and investors want to see from research at UBC — and building connections between researchers and partners is where it all begins.

“It’s a place where UBC is often at the forefront because we have built up an organization that has valued people working together,” said Murphy.

At its core, Murphy hopes that UBC research continues to “inform and change society.”

“If we didn’t have a music department that can provide us with background and learn how rhythm works and how that connects to neuroscience and why it makes people people, it wouldn’t be a very fun place to be,” she said.