Our Campus: Mahima Kapoor brings mentorship into the digital age 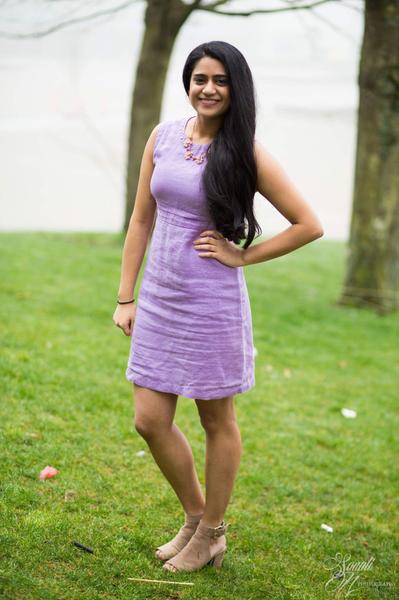 This past September, a new platform for intercultural partnerships was born at UBC. Mahima Kapoor, a fourth-year science student, founded Partners In Kind, formerly the AMS Afya Club. The program utilizes video chat platforms such as Skype or FaceTime to facilitate communication between current UBC students and prospective students abroad, as well as younger school-aged children.

“You just kind of check-in and say, ‘Hey, I’m across the world!’” said Kapoor, who herself was born in India but has lived in Vancouver for 13 years.

Kapoor, who also serves as the club’s president, said she wanted to form a club that would create a sense of community and belonging among UBC students, while also serving a larger, global purpose. Volunteers sign up and undergo basic mentorship training and are then paired with mentees with similar academic goals, interests or hobbies.

“I like thinking on an international scale,” Kapoor explained.

Her other humanitarian efforts include forming and leading the Afya Club at UBC, an initiative affiliated with the Afya Foundation, which provides disaster relief funds to countries in need of resources. While the club was successful in raising donations in previous years, feedback from students suggested that charity work is not always engaging enough to sustain contribution.

Through her experience, Kapoor came up with the idea to create a digital mentorship program through which students can build tangible relationships with the people they are helping.

“Acting in a global way makes you feel like you’re part of something bigger than just UBC,” said Kapoor. “It helps get the name out about UBC as well, because we are a very international school already.”

Currently, Partners In Kind has been launched exclusively in Kenya, though Kapoor expresses her desire to expand the program worldwide once the club gains more traction. There are two schools that have agreed to implement the digital mentorship so far, and with the help of UBC alumni and recruitment representatives, Kapoor has already secured their participation in the program.

“Initially we’re going to be talking to the teachers a lot to see what kind of classes they have, what personalities they have in their classrooms, and who’s interested, because not every student on their end is going to be interested in something like this.” Kapoor said.

As Partners in Kind begins to test the project’s sustainability, mentorships will last for the duration of the term, and then can continue if mentors are interested. Ultimately, it is the engagement of UBC students that will determine the program’s success because there is still room to expand the club’s size and scope.

“As the program becomes more developed, the mentor and the student will get to decide what they want to talk about,” said Kapoor, citing life skills, time management and post-secondary applications as foreseeable topics.

Kapoor admits that one of the hardships she had in the beginning of her club’s formation was familiarizing herself with the processes that enable an AMS club to run smoothly.

“I’d never done that before. Even simple things like taking meeting minutes, I didn’t know what the appropriate format is for hosting a meeting [or] hosting elections,” she recalled.

The executive training sessions led by the AMS introduced her to the terminology and basics of club execution, but it was advice from UBC representatives in Kenya that really helped her get over the learning curve.

“It’s definitely tricky doing anything internationally,” Kapoor said. “Our on-ground representatives are going to help facilitate the conversations that need to happen between us and the teachers.”

As the project looks to launch this month, Kapoor said she would like to see alumni get involved as mentors, as they have a different experience to offer as working professionals. She added that it also would encourage current mentors to build lasting relationships with their partner students.

While Kapoor looks to expand the program, she also acknowledges that Partners in Kind is not the only mentorship program available — the idea to help younger students abroad has been done before.

“There are companies and nonprofits that are [doing similar things], but doing it as a smaller club is great for students and gives them a sense of leadership.”

What sets Partners in Kind apart from other programs is the ability for mentorship to extend beyond the classroom, according to Kapoor.

“The great thing about it is that they don’t have to have any expertise. It’s just your experiences that make you a good mentor,” Kapoor explained, noting that anyone, regardless of academic pursuit or interest, can sign up to be a mentor.

“Students don’t realize how much knowledge they actually have [to offer].”