Even while surrounded by landscapes more beautiful than my wildest dreams, I found myself missing my home. Jasmine Foong

I went to Spain once and I can’t shut up about it. But the experience doesn’t sit in my head, romanticized as the perfect, momentary escape from real life many perceive it to be. In some ways, my time in Spain made my ‘real life’ feel a bit more real than it was before.

This past summer I worked for various small-scale organic farmers in exchange for food and housing, facilitated by the Spanish branch of an organization called World Wide Opportunities on Organic Farms. This practice is also known as WWOOF-ing and its website says it’s a “loose network” linking farmers with those interested in farming.

In the time between booking my ticket to Spain and arriving on my glamorously spartan aircraft, I had fantasized a great deal about what the country would be like.

To me, travel sat perfectly at the intersection between reality and fantasy. Going to a foreign country where no one knew my name seemed real enough that it was doable, but fantastical enough that I could venture beyond the mundane work-school routine.

I admit that pre-summer me imagined myself contentedly tending to vegetables and animals on the farm in the day, enlivened by the sun and grime. Then in the evenings I’d retire to an outdoor dining table for a Spanish meal (vino included) with my hosts as we’d tell each other stories and watch the sun go down — all with an inspiring instrumental backing track for theatrics!

Turns out that reality is profoundly unlike the movies, though I’d still choose it every single time.

A part of that reality I kept in my head was the privilege of being able to work while in school, being free of any responsibilities tying me down and having the choice to save up money specifically for traveling. The months prior to my summer in Spain were spent juggling jobs, checking cheap flights, solving a load of logistical issues and wanting to back out of it all.

But I ultimately followed through, driven largely by that infamous romanticization of solo travel.

The types of farms I WWOOF-ed with varied, but most of my days were fundamentally the same. In the mornings or afternoons, I’d help out wherever the farm needed me. Sometimes the work was easy and, dare I say, educational. Other times, I’d spend hours forking hay or ploughing topsoil until every inch of my back would ache, with clothes soaked by unrelenting sweat and muscles fatigued by farm work my body didn’t understand.

But my work never lasted more than six hours a day — and however demanding I thought my labour to be, my hosts would always power through even after I went off duty, robbing me of reason to ever feel sorry for myself. 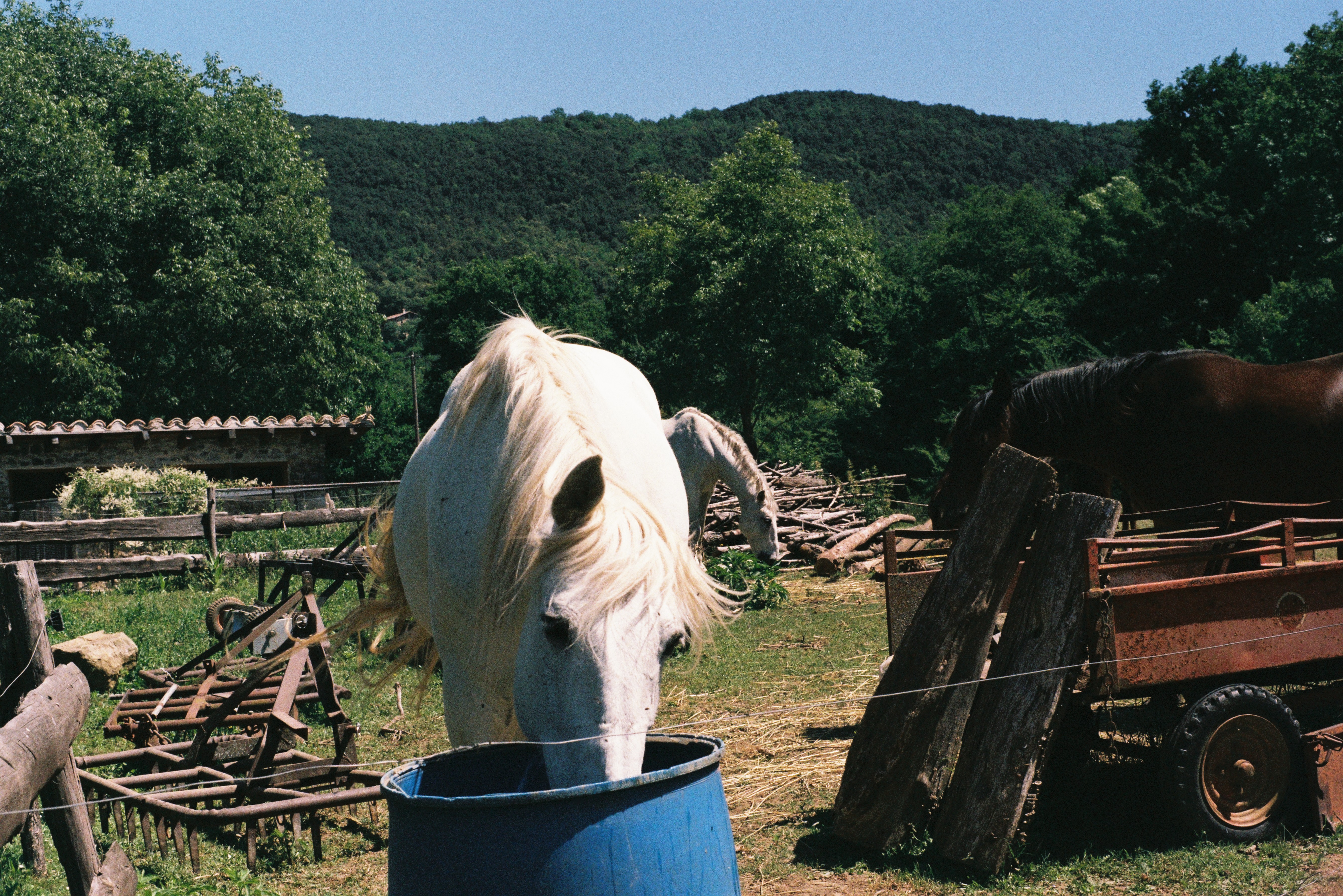 That said, where I found myself needing to adapt most was not the intensity of the work, but being in a stranger’s home where the closest city was hours away on foot. Plenty of farms with WWOOF take more than one volunteer at a time but factors like timing, dietary requirements and location had me working at many farms where I was the only WWOOF-er.

Although I was lucky in that none of my hosts were particularly malicious, many of them had house rules, expectations and mannerisms that differed from mine, something which often left me on edge.

It wasn’t that I couldn’t follow rules as simple as taking quick showers or closing the door behind me as I entered and exited the house. It was that I sometimes felt I had to prove myself to be normal and trustworthy, else I’d be greeted with eye-rolls, dramatic sighs or condescending remarks when asking about work on the farm or about my hosts’ lives in general.

It was that they had worldviews that clashed with mine and that I would sometimes be spoken to like I was an uneducated tourist from a developing country who could never live up to their progressive standards. 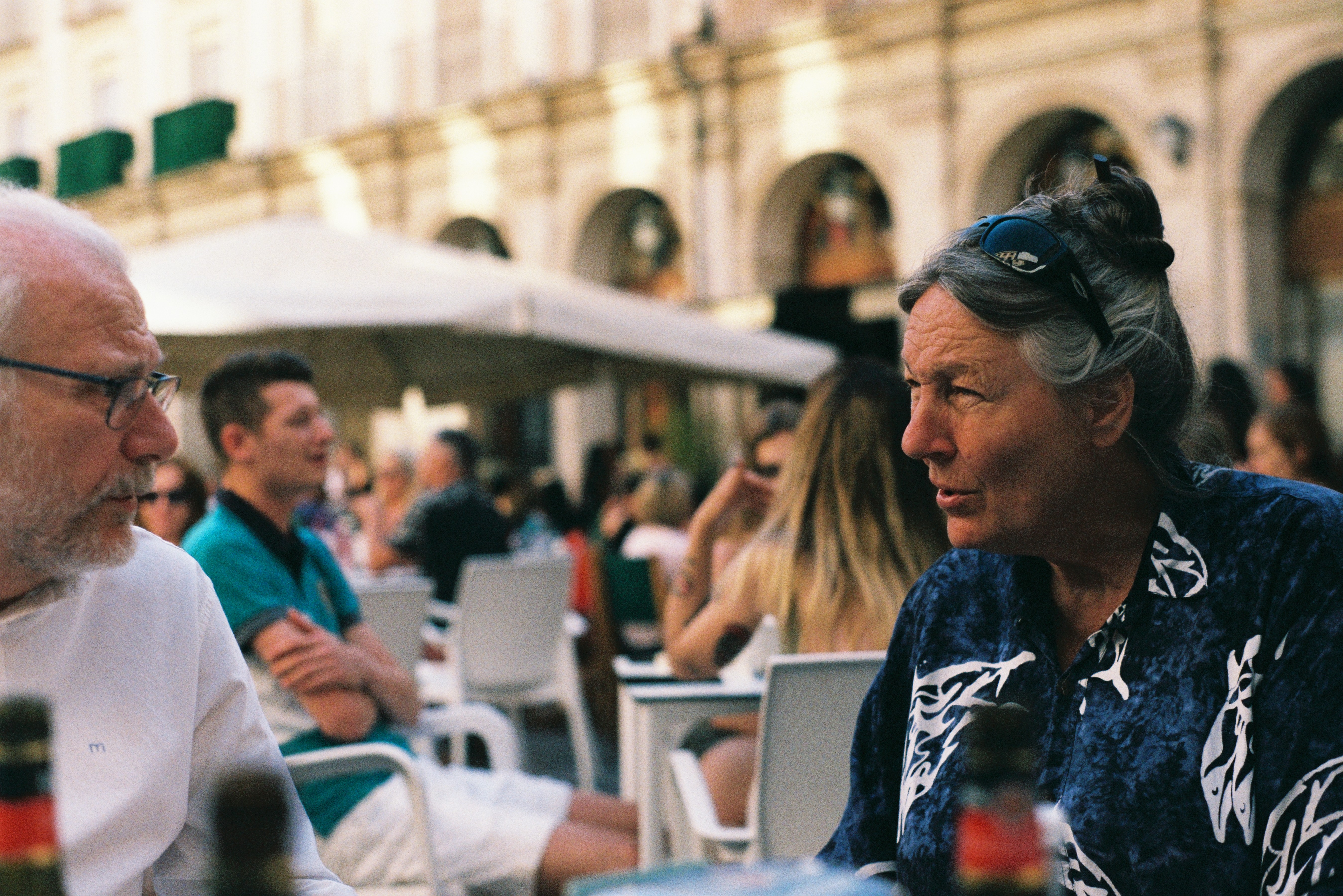 The hardest part though, was probably the nerves and loneliness that inevitably comes with long-term, solo travel.

I think a lot of people imagine stumbling into their soulmate the moment they touch down at their travel destination. Of course, you meet enough people and you’ll end up forming special bonds with some, but what I didn’t realize was the depths of loneliness that would consume me, days at a time.

Sure, I could chat with my hosts and their visiting friends. I even had some very meaningful conversations with people I’d met on transit between farms. But anyone who has moved to an entirely new place on their own will know the feeling of not having ‘your people’ — the excitement over all the new relationships you will build momentarily displaced by a longing for your comfort zone.

I think the worst of solo travel ends at nerves and loneliness, but the two can be reinforced by things like missed flights and airport sleepovers, belongings stolen or rummaged through and the numerous uncomfortable interactions with men I faced as a young woman traveling alone. 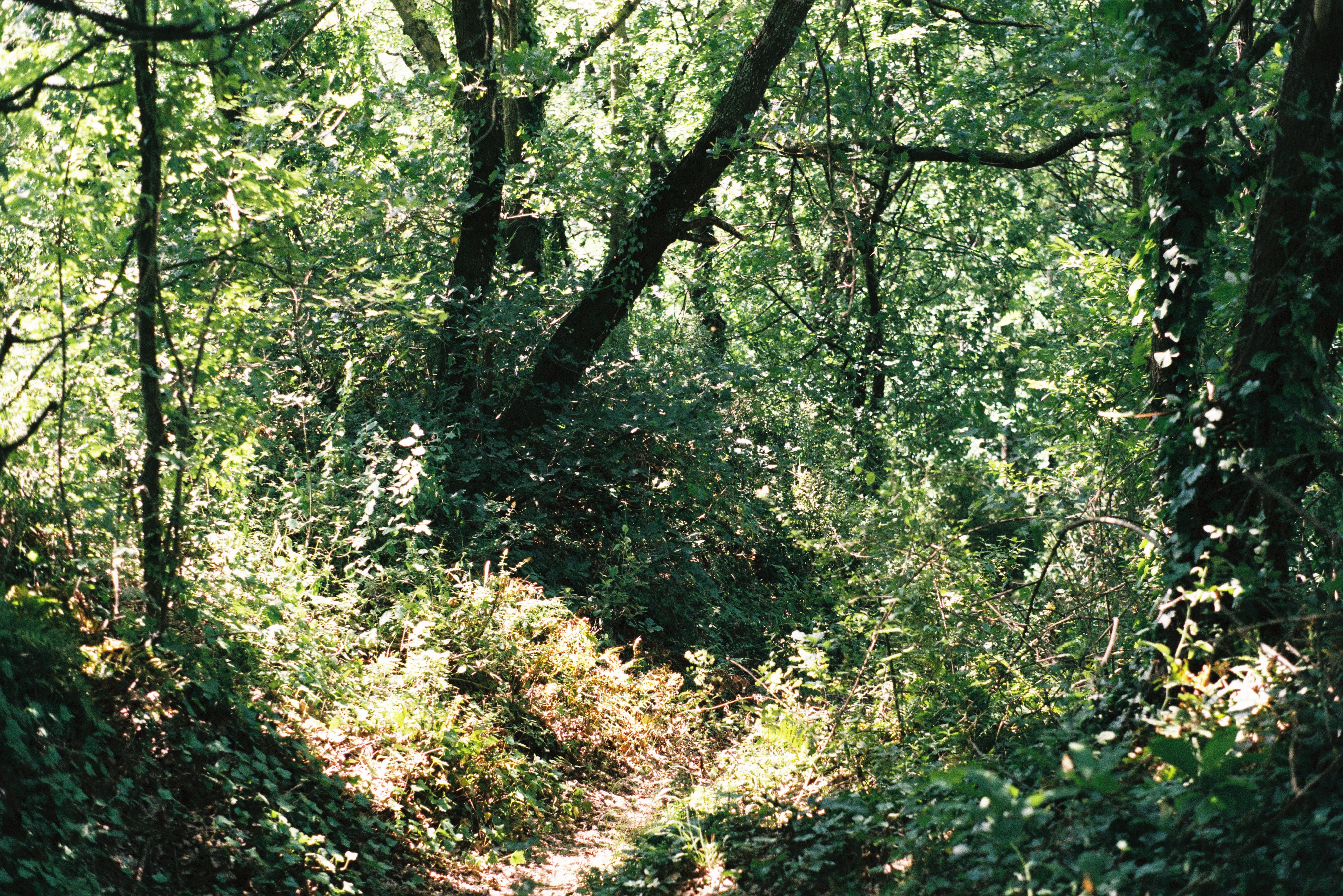 So even while surrounded by landscapes more beautiful than my wildest dreams, I found myself missing my home, the people I’ve known for years and even the routine of work and school and the sense of purpose that came with it. While I felt guilty for feeling this way, it made me realize the falsehood in glorifying solo travel.

My point is this: a lot of things can go wrong and many of them probably will.

Despite being on this ‘only something I could dream of type’ adventure, there were days where all I wanted was to get away from it all and hit pause on life. I’d imagined I would be living off the land, free of the stress and responsibility that comes with urban living, but WWOOF-ing isn’t equivalent to going off the grid. Living on a farm didn’t mean the regular stressors like money and negative relationships go away.

But even in saying that, there were so many more days where I was overjoyed by the euphoric sense of freedom I had from travelling.

Simple things like feeding the horses every morning and staking row after row of tomato plants were enough to make my day. I’d go on hikes in the surrounding forests and stand four feet away from wild deer — that would be enough to overwhelm me with joy for the rest of the evening. Despite my clumsy Spanish, I had shared life stories with so many of the people I’d met, giving me newfound respect for the particularity of each person’s story — where they’d been and how they’d come to be where they are.

These experiences were why I’d choose real life over the movies every single time. Like any experience, solo travelling is what you make of it, but it will always trump movie magic because it is yours. 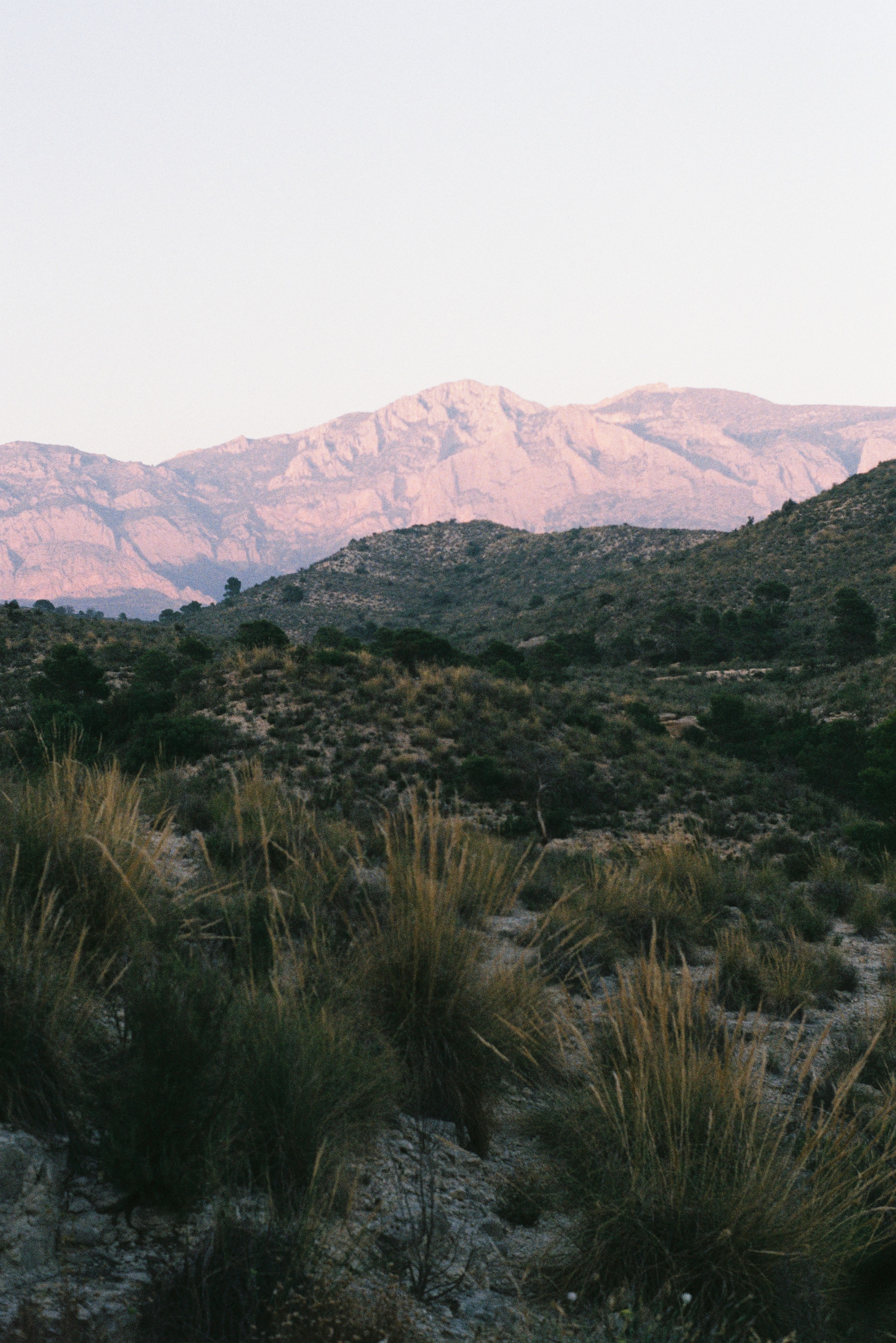 There were so many more days where I was overjoyed by the euphoric sense of freedom I had from travelling. Jasmine Foong

Just because I was in Spain didn’t mean that real life was paused. The people I’d met and the things I’d done differed from the life I was used to, but that didn’t mean it had to be a separate part of my life — a section of my life that was fictional and perfect. In fact, even though there wasn’t a neat narrative structure to my travels or uplifting background music at the end of my trip, the best part was that there was no happy ending.

Just as real life didn’t stop when I left for Spain, the same applied when I came home. I came back to all the familiarities but experienced them anew with everything I picked up in Spain.

I’m not saying I am a changed person. I am still who I was before I left, but I am more at ease than I have ever been simply because I now know that even the solo travelling I’ve romanticized for years comes with its own set of challenges.

I met so many people along the way, people of all ages and backgrounds, to learn that above all we are human. We crave companionship and human interaction, and good Spanish food doesn’t hurt either. But these realizations have changed the way I live my regular days and interact with the people around me, and I could not be more grateful.