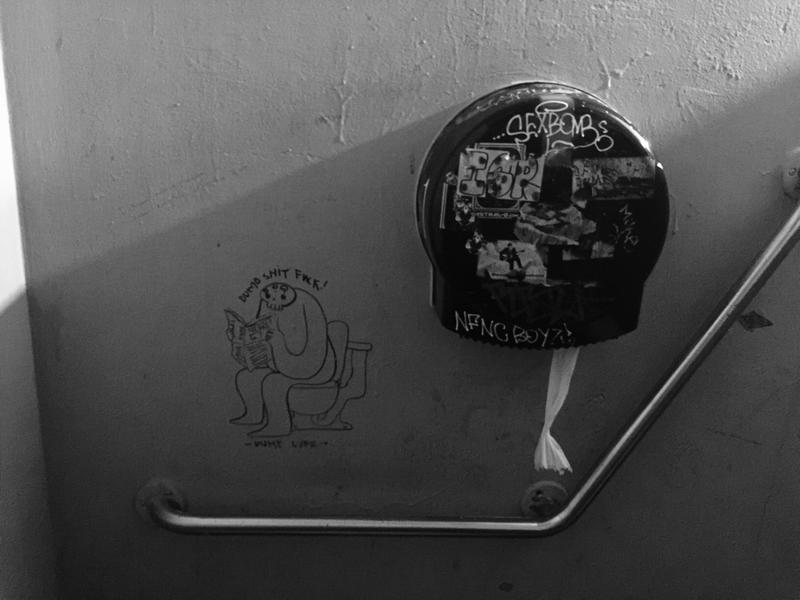 For most people with Crohn’s disease — a chronic, incurable inflammatory illness of the digestive tract causing severe abdominal pain, diarrhea, fatigue, weight loss and malnutrition — student life is nonexistent. Not because we’re too lazy and prefer to live off disability pay rather than go to school, but because most of us are too weak and ill. Fortunately, I’m bizarre enough to torture myself by dragging my exhausted body to school every day, so I can provide an accurate insight into what it’s like being a second-year science student at UBC.

I honestly cannot think of a single good memory of my first year. It was an extremely lonely time, despite living in residence. I anticipated first-year res to be a place where everyone meets new people and makes lifelong friends, but I just wasn’t able to do that. For starters, I couldn’t introduce myself to people because I had to go to the bathroom every thirty seconds. It’s awkward having to explain to people you just met that you have a severe inflammatory bowel disease and that you live on the closest toilet.

I wanted to make friends so badly to distract myself from the pain. I imagined myself being surrounded by a group similar to my friends in the IB program in high school, but it just wasn’t possible due to the physical and mental state I was in.

Everything made me furious. Not annoyed but enraged. I was in constant pain, so excruciating that I would sometimes scream into a towel so as not to scare my neighbours. Whenever I heard others complain about how much weight they’d gained or how little sleep they’d gotten the previous night, I hated them. Whenever I saw them with their friends, standing in line and grabbing food together, I hated them. Whenever I saw people laughing, I hated them. I hated every single one of them with every fibre of my being. And what I hated even more than them was how much hate I was feeling inside.

I was melting away in desperation because I couldn’t eat from the pain. My diet began to gradually consist of Ensure Plus, and by the end of the school year in April, I wasn’t even able to drink that anymore. I never counted how many times I’d go to the bathroom in a day. I tried once — at night, when it gets even worse than during the day — but I got freaked out and stopped when I got to 24 times in less than two hours.

I haven’t slept through a single night in over three years.

I was bleeding so much from my colon that I was worried I was going to eventually drop dead. I rode my bike to and from class only so that I wouldn’t have to endure the painstaking journey hobbling along Main Mall with a bloody diaper. I eventually stopped going anywhere except class because I just could not hold it anymore. It felt like my colon was coming out of my ass and I was rotting from the inside out. My body was just in a state of horror. None of the treatments had ever worked for me, with the “best” one available only managing to send me into anaphylactic shock the summer before I was supposed to be off having the time of my life at UBC.

Instead, I was at UBC, living in my own little hell bubble, everyone around me oblivious to my dire situation.

I’ve written or talked about my disease more times than I can count over the past eight years. And yet no matter how much I try to convey both the physical and emotional suffering that is Crohn’s disease, I’ve never managed to portray the horrifying realities of my life.

Just remember to enjoy the small things you have. The next time you walk into a Tim Horton’s and groan because there’s a long line, think about how there are people out there who’d give anything to be able to stand in it.

What can we do about problematic terminology in the classroom?