Most of the popular discourse surrounding the climate crisis comes from the media giants and colonial interests whose we’ve always heard from, but do those conversations sound different from people of different marginalized groups?
Shanai Tanwar 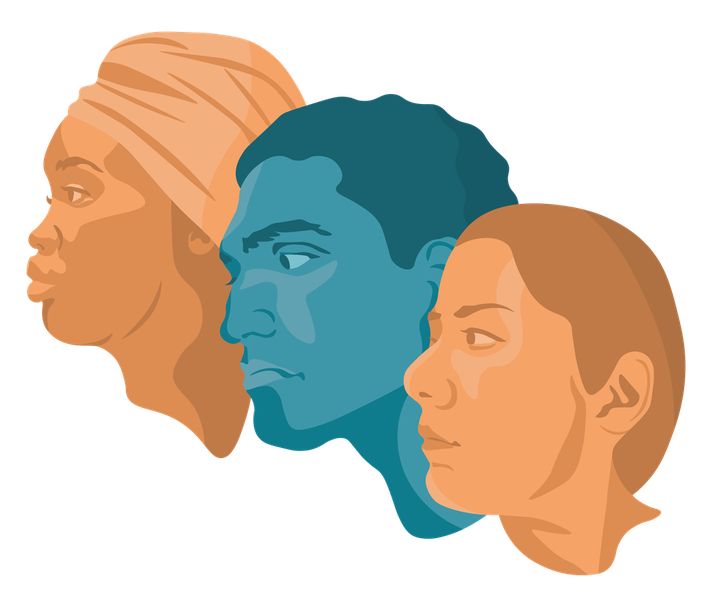 It’s all over the news. It’s brought up at dinner tables and in election debates across the world. It’s one piece of news whose messy splatter you can’t escape.

In the past year, cities around the world have seen grassroots protests and strikes that have been attended by a multitude of people from different backgrounds. As land defenders all over the world, particularly those from Indigenous communities, bear the brunt of violent opposition to climate actions, it is imperative that climate justice is a central aspect of the movement.

This begs the question: Is the climate activism movement a truly inclusive one?

Western media’s portrayal of the movement seems to lump all the disparate movements under one banner.

Most of the popular discourse surrounding the climate crisis comes from the media giants and colonial interests whose voices we’ve always heard, but do those conversations sound different coming from people of different marginalized groups?

According to Alyssa Yu, the VP internal of the UBC First Generation Student Union, the movement has been largely accepting, mostly because of the comfort of community.

“[The movement] does not only center itself on environmental protection, but also protects human rights, especially of vulnerable communities and historically marginalized peoples.

“For people such as myself, the climate justice movement is important because we have family around the world, some in places where climate change is predicted to hit the hardest. While the future may seem uncertain sometimes, it is comforting knowing that there is a growing social justice movement dedicated to protecting the people most vulnerable to climate change,” said Yu.

Hannah Balba, a Filipina Canadian and a fourth-year history student, expressed that true realization of the the climate crisis’s urgency often only happens when it threatens a place we call home.

“As a Filipina in Canada, it’s easy to not recognize the urgency of climate change when you hold the privilege of not having to experience the immediate effects of it. However, I still see how human-induced climate change brutally affects my people back home,” said Balba.

“In the Philippines, lives and homes are lost with increased flooding and more deadly typhoon seasons, together with coral reefs being at the cusp of death because of increased pollutants and warming waters. Being connected to these issues back at home serve as a harsh reminder of who experiences the immediate effects of climate change.”

Looking at environmental justice and regard for land as a natural and spiritual resource is an essential aspect of the belief system that frames several peoples of faith too. This faith aspect can sometimes be missing from larger narratives of the movement.

UBC’s Zoroastrian Student Association ascribes full support for ongoing climate activism and its goals. They explained in a written statement to The Ubyssey that, "Zoroastrianism is an ecological religion and we believe in respecting and protecting the environment and natural life.

“Climate change has already resulted in serious damage across the world and unfortunately the situation will continue unless serious measures are taken to tackle climate change and to promote ecologism. As Zoroastrians, we fully support the climate movement and hope that environmental activists are successful in implementing their aims.”

Power to Change, a Christian campus organisation whose chapter has existed in UBC since the ’60s, emphasize this connection that they feel in a written statement: “We believe God created this earth, and has given it to mankind to steward it well.”

The climate activism’s greatest challenge remains in successfully mobilizing political will to enact meaningful change. Some climate activists are dissapointed with the reluctance of governments around the world to combat the climate crisis without some political incentive. The conflict as a ‘third-culture kid’ from different backgrounds, particularly at this point in history, can be disorienting.

Audrey Lo, a fourth-year psychology major said that “as a Canadian raised in Hong Kong, the approaches and strategies taken by the respective governments cannot be neglected. Canada often considers itself as one of the forerunners in the fight against the climate crisis, implementing a myriad of environmental policies that target a sustainable future, albeit [amidst] criticisms and occasional contradicting deals made with large businesses.”

“Although there have been efforts exerted by the government of Hong Kong, environmentalists have often criticized on the lack of structural and systematic support for the environmentally conscious,” she added.

“If governments continue to lag behind without taking on an active and aggressive role in tackling the climate crisis and holding the violators responsible, I fail to imagine a world suitable for living in 2050, let alone a world for the generations to come.”