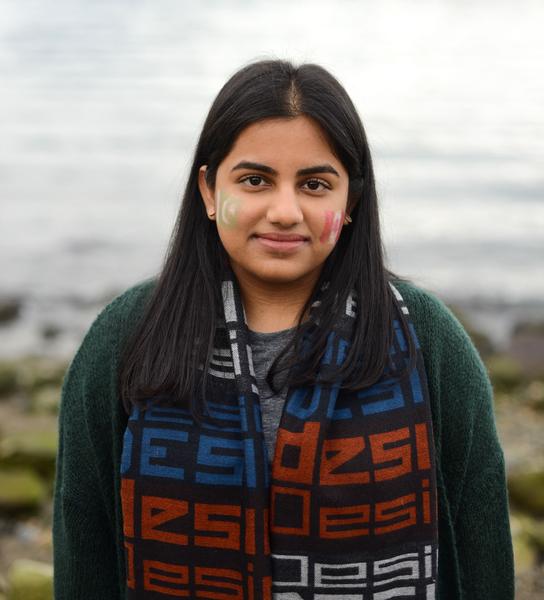 I have often seen cultural diversity take on the form of stories about awkward school lunches or the struggle to understand social norms for a society that exists two continents away from you, but pops up every now and then when your great-uncle from your dad’s side calls in to check up on the family.

I have often seen cultural diversity portrayed through annual festivals, food trucks and that one girl at the lunch table that can’t have cake because she’s fasting for Ramadan.

Despite these various representations, I still find it quite difficult to summarize cultural differences and diversity without mentioning every single factor that contributes to them. Every time I think about diversity, the self-appointed social commentator, part-time conspiracy theorist and budding sociologist within me want to critique the way that society practices and engages in cultural diversity.

In fact, in my first draft of this piece, I tried to relate diversity to a metaphor about how cultural clashes are like having two best friends that don’t always get along with each other. Luckily (for the world), I decided to remove that portion because I realized that my experiences don’t always align with that kind of description. I also realized that I can’t come up with metaphors to save my life, and that attempting them publicly will not end well in any scenario.

Cultural influences vary so much from person to person, so all I can really do is talk about my own experiences and how they’ve shaped my identity. I was born and raised in Canada to parents born and raised in Pakistan, so my childhood consisted of celebrating Canada Day once a year but watching Pakistani news channels every night. We watched cricket matches once in a while, but religiously watched Diners, Drive-ins and Dives. I ate waffles for breakfast, Biryani for lunch and pizza for dinner. If you couldn’t tell already, my childhood consisted less of fighting cultural differences and more of fighting off diabetes.

As I got older though, especially once I graduated high school — or made a Twitter account, whichever came first — I started noticing things in my life that always rerouted back to cultural differences. The way that I spoke, the way that I introduced myself, the differences in the way that I talked to men and women, elders and kids, friends and strangers. It was as if two conflicting sides of me were struggling to make it to the forefront. If someone asked me about my opinion on LGBTQ rights or the pro-choice movement, the liberal Canadian upbringing that I had received wanted me to pipe up and say something, but my Pakistani influences made me hesitate. I would find myself staring in awe at the people that looked like me and talked like me, but didn’t have to consciously compromise between their conflicting beliefs.

Out of all the things that compose my culturally diverse household, the part that affected me — and still does the most — is the way that different ideals and norms shape my beliefs. My culture is what shows me how to behave, what I should expect from relationships and what kinds of roles I should play in my life. Sometimes I wholeheartedly embrace these ideas and sometimes I just can’t bring myself to accept them.

For instance, while I highly admire the community and family-oriented customs of my Pakistani side, most of the arguments that I have with my parents revolve around my 10 p.m. curfew and the social treatment of different minorities in our society (which, although they fall on quite different ends of the spectrum, both get me super heated). Sometimes we see eye to eye, and sometimes the differences in our generations and cultures make me question everything that I’ve unquestioningly believed up to that point.

Cultural diversity is defined by differences and the essence of difference is that it helps you distinguish yourself from the rest. The more I get older, the more I realize the importance of distinguishing yourself, and of shaping your identity — whether it's the countries that surround the hyphen in your nationality or the pronoun you want to be called. Your identity is how you define yourself to others.

I may look a little confused when someone asks me about my hobbies — which is primarily because I still can’t decide whether or not Netflix qualifies as a hobby — but understanding and appreciating both of my cultural influences is what allows me to share parts of my life with others in a more self-aware and self-loving way.

After the storm: How one city’s love affair with rugby helped it to heal