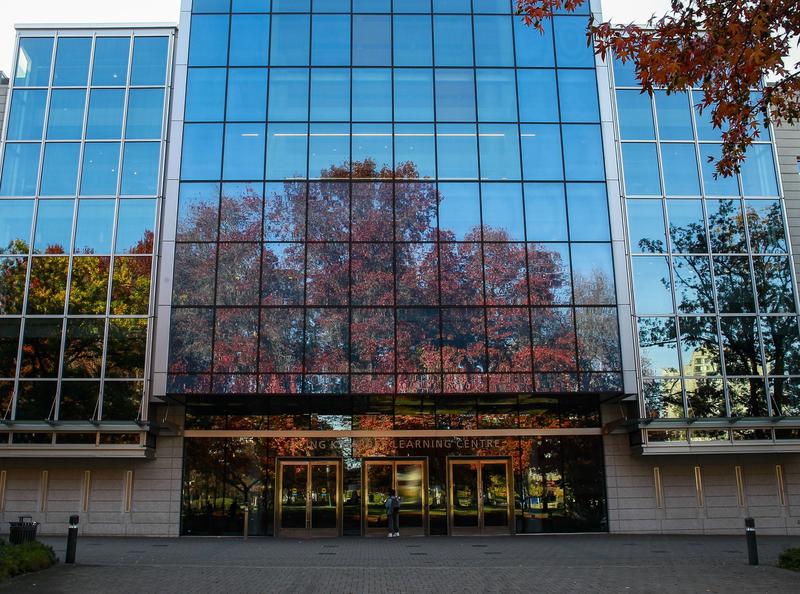 The statement was created to protect the academic freedom of “members of the university” and also those who are “invited to participate in its forum.” File Elizabeth Wang

In light of recent events where controversial speakers have been invited to campus, sparking protests and pushback from students, UBC is reviewing its 1976 Statement on Academic Freedom. In the past, the statement has been used as a tool to address student discontent surrounding such speakers.

The UBC Senate has composed a working group to review the statement and decide if it needs to be revised. The group comprises four student representatives, four faculty and four staff members.

“The working group is not going in with the premise that we are going to change the statement,” said Dr. Paul Harrison, emeritus professor in the department of botany and chair of the working group. “But we are looking at whether there is a need to change it.”

The test of time

Now over 40 years old, UBC’s Statement on Academic Freedom has not been reviewed or revised since its inception.

“The fact that this hasn’t been reviewed in almost half a century is somewhat concerning, but it’s good that we’re getting to reviewing it now,” said Max Holmes, a student representative on the Board of Governors (BoG). Holmes was one of the students at the September BoG meeting who suggested the matter be brought to Senate for review.

The statement was created to protect the academic freedom of “members of the university” and also those who are “invited to participate in its forum.”

It outlines that suppression of this freedom “would prevent the University from carrying out its primary functions.”

Alex Gonzalez, a UBC student senator and one of the student members on the working group, attributes the need for revision to recent events on campus.

“The reason this working group was founded [is] because there were bodies on campus that were concerned about some of the speakers that have been brought in over the past couple of months,” he said.

“I feel that the current statement is very strongly worded,” Gonzalez said, while emphasizing that his views do not necessarily reflect the working group’s position. “And it protects anything, anybody who’s a member of the university, even if this is speech or an idea that would make somebody on campus feel maybe physically unsafe.”

But despite its being up for review, Dr. Emma Cunliffe, associate professor at the Allard School of Law, does not believe that the statement necessarily needs to be revised. Cunliffe has published a scholarly paper on academic freedom and presented to the BoG in September about its legal framework.

“I haven’t heard the case for revising the 1976 statement, as opposed to ensuring that the university is functioning in a way that fully respect the parameters of the 1976 statement,” said Cunliffe in an interview with The Ubyssey.

“I feel like if something has fundamentally stood the test of time when people have understood it well and applied it well, I’m a little hesitant to change it.”

Nevertheless, she agrees that there are some ambiguities to the text that need to be discerned in the review process, such as the question of who enjoys academic freedom.

“Who has the power to extend an invitation and thereby extend academic freedom to somebody that they’d like to hear from?” she asked. “We’ve operated on the premise that student groups have that power, as do individual faculty members.”

“I would be sorry to see that premise undermined because I think that the more compelling way to understand academic freedom is to go back to its purposes.”

According to Cunliffe, its purpose is very much tied to the pursuit of knowledge.

“And I think that student groups, for example, have just as much of a claim to be engaged in the pursuit of knowledge as senior administration.”

The case for academic freedom

Cunliffe believes that the problem with the 1976 statement lies more so in its current interpretation and implementation than its actual content.

She added that a current concern with the statement is that it is not being applied and understood as per the Canadian legal framework. Cunliffe pointed to the report on academic freedom, drafted by the Honourable Lynn Smith and submitted to UBC in 2015, as an effective tool to understanding academic freedom within the context of Canadian institutions.

“Whether it’s a student or faculty member of the university that wishes to exercise academic freedom, I think ... it needs to do so in a way that meets what the Honourable Lynn Smith described as the constituent of features of academic freedom,” Cunliffe said.

Some of these constituents are defined as the honest search for evidence, the respect for disciplinary norms and the attempt to be impartial.

“And when we valorise speakers who reject those norms, then we undermine the academic freedom of those researchers and students who are engaged in that work,” Cunliffe said.

Academic freedom vs freedom of expression

Despite its intended purpose to serve as a safeguard for academic freedom, some believe that the statement has been misused to debate the related, but distinct matter of freedom of expression.

According to Harrison, the two terms are close enough to confuse, but nevertheless have different implications.

“It’s easy to conflate them and not realize the distinction,” he said.

While freedom of expression is guaranteed to all as per the Canadian Charter of Rights and Freedoms, academic freedom is predicated on more stringent guidelines.

But the issue subsequently arises of how to balance this right against others’ right to equality and dignity, when the two come into conflict.

“We have to pick sometimes, as a community. That’s a moment where we need to ask ourselves, what sort of a community do we want to be?” Cunliffe said.

“Do we want to be a community where we allow the broadest possible expression of opinions which may undermine the dignity of some of our members? Or [one] that places some constraints on expression where it’s not an exercise of academic freedom, for the sake of having it as inclusive as possible?”

“I think we’re at the place where we need to have a collective conversation about that,” she added.

This conversation, Cunliffe believes, needs to be one that is more informed about the Canadian legal context and UBC’s institutional history. Too often, she mentioned, the public tends to fall back on American conceptions of free speech and the Chicago principles, which place few limits on free speech except when there are violations of law.

Canadian laws, however, are different — they do not privilege freedom of expression above other rights and are carefully weighted when they come into conflict with others.

“I believe [the conversation] begins with a lot more education for senior leadership and for governors and senators, about what the institutional history of academic freedom [is].”