Thunderbird sculpture to be installed in Nest hits delays 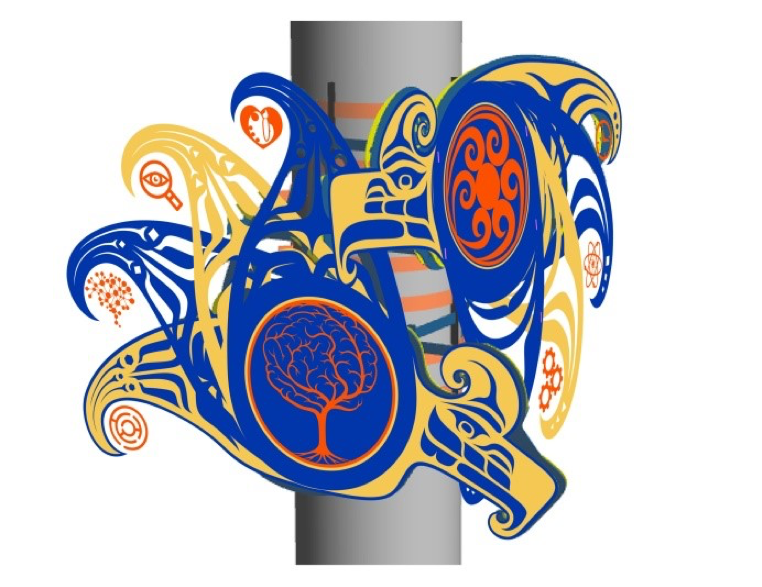 A Grad Council gift has run into delays after members of the Musqueam Indian Band raised concerns about its representation of a Thunderbird. Courtesy AMS

A Grad Council gift has run into delays after members of the Musqueam Indian Band raised concerns about its representation of a Thunderbird.

The 2017 Grad Council gifted money for a Thunderbird sculpture which will be placed in the Nest, next to CiTR. The AMS, who is overseeing the project, contacted artist Connie Watts — who is of Nuu-chah-nulth, Gitxsan and Kwakwaka’wakw ancestry — to design the piece.

Watts had already designed the piece when the AMS hit a road bump after members of the Musqueam community raised concerns about the society contracting an outside artist to install a piece on their traditional, ancestral and unceded territory without consultation.

The date for the sculpture’s installation has not been decided because the AMS is still consulting the Musqueam community for consent and working to reconcile the perspectives of the band and the artist.

“We’re not setting any hard timelines because the AMS wants to ensure that we’re only proceeding with this project in a manner that is respectful to the Musqueam band.”

While the Thunderbird is a traditional image and cultural motif across many different Indigenous communities — including the Kwakwaka'wakw and the Musqueam — the AMS did not originally consult with the Musqueam band while contracting the piece.

The Ubyssey reached out to the Musqueam band on several occasions over the past two weeks, but did not receive a response from the band’s media relations contact or Elder Larry Grant.

Watts said she has been in contact with the Musqueam community and has agreed to change the colour scheme and some of the designs on the plaque as requested.

“The AMS is still working with Musqueam [band] and I totally respect Musqueam involvement in all respects, it is their territory,” said Watts.

For Watts, the Thunderbird “has always been part of [her] life” through her Kwakwaka’wakw family lineage. 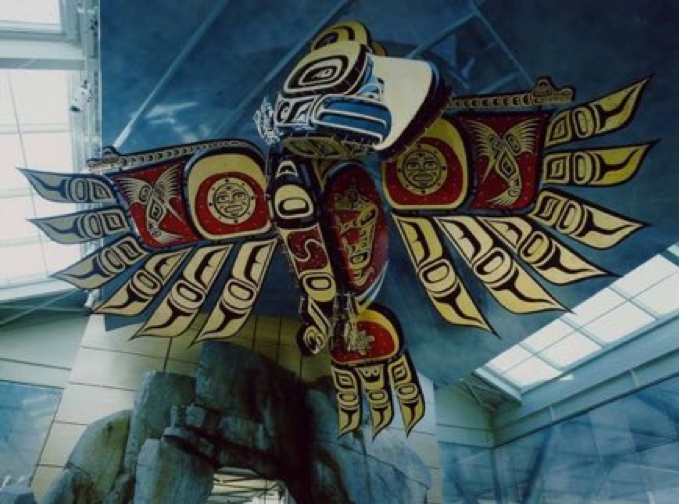 “The Thunderbird that I created for the Vancouver International Airport was my grandmother’s personality." Courtesy Connie Watts

“The Thunderbird that I created for the Vancouver International Airport was my grandmother’s personality. So when I was approached, the next person that I feel that Thunderbird is part of is my mother,” she said.

While the exact date for the reveal of the Thunderbird sculpture is not confirmed, the AMS believes in the importance of the statue.

“Hopefully we’ll also like to hold a ceremony in the completion and unveiling of this sculpture,” said Hakim. “We very much hope that we could get Musqueam representatives to also participate in this event.”