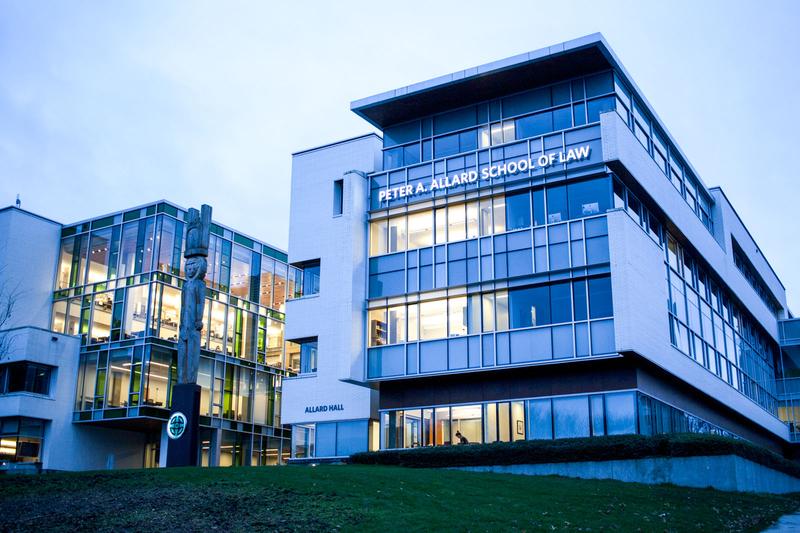 Allard made the donation under the condition that he get naming rights for the then-faculty of law, the Allard Hall building and all “degree certificates” granted by the faculty. File Jenny Xu

Peter Allard is suing UBC for not printing his name on certain degrees granted to students of the eponymous Peter A. Allard School of Law.

After donating $10 million to UBC in 2011 and $30 million in 2014, Allard was the second alumnus to have a UBC school named after him. The Sauder School of Business is named after donor William Sauder.

Allard made the donation under the condition that he get naming rights for the then-faculty of law, the Allard Hall building and all “degree certificates” granted by the faculty. This is a departure from Sauder business degrees, which read “Faculty of Commerce & Business Administration.”

Since then, UBC has been printing Allard’s name on Juris Doctor (JD) degrees. But while JDs are granted by the Allard School of Law, LLM and PhD degrees for law graduates are conferred by the faculty of graduate and postdoctoral studies. As a result, text printed on LLM and PhD degrees remains unchanged.

Allard learned of this in 2016 and brought forward arbitration against UBC.

According to the petition he and his lawyers filed to the Supreme Court of BC, “no one told [Allard] that the LLM and PhD … programs were administered outside the Faculty of Law.”

Arbitrator Neil Wittmann decided in favour of UBC, ruling that then-faculty of law Dean Mary Anne Bobinski and Assistant Dean Kari Streelasky were not at fault for not bringing the matter to Allard’s attention.

Now, the matter before the courts is not only what “degree certificates” refers to, but also whether the 2016 arbitration decision failed to take the context of the donation agreement into account.

This isn’t the first time Allard has butt heads with the school that bears his name.

In 2018, the Allard School of Law pulled out of the Allard Prize for International Integrity awarded by the Allard Foundation without explanation.

University Counsel Hubert Lai says UBC will respond to the lawsuit “in due course.”

“Our understanding of the gift agreement with Mr. Allard was that degree certificates that previously bore the name Faculty of Law would bear the new name,” Lai wrote in a statement to The Ubyssey.

“We have fully honoured the gift agreement.”

This article was updated to clarify that the degrees Peter Allard is suing UBC about are not conferred by the Allard School of Law, but by the faculty of graduate and postdoctoral studies.

This article was updated to reflect that Dean Catherine Dauvergne did not become the dean of the faculty of law until six months after this incident occurred.