Debate: BoG student members get softballed through their uncontested race 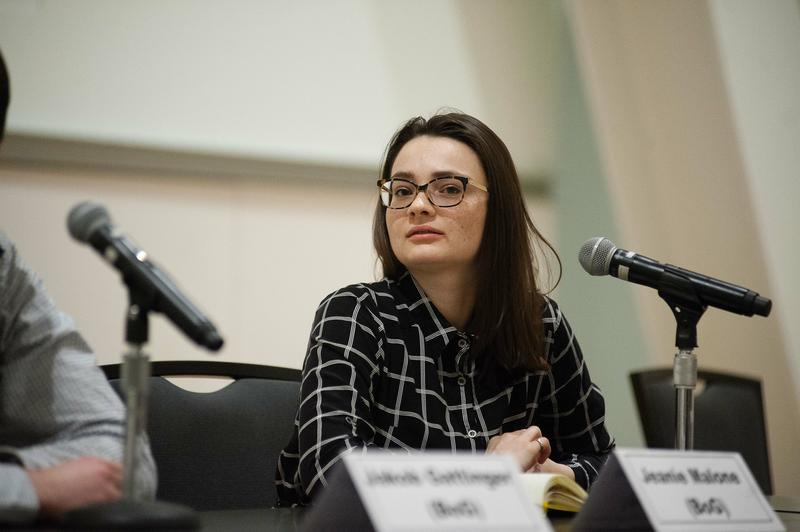 Board candidate Jeanie Malone is running for the second year in the row. Patrick Gillin

The Board of Governors debate, featuring incumbent Jeanie Malone and newcomer Jakob Gattinger, was relatively laidback. With the knowledge that the race is “acclaimed” — both candidates in an uncontested race are officially Board members without even the option of a “no” vote, according to UBC’s University Act — few questions seemed to surprise the two.

The first question focussed on the candidate’s previous experience. Malone, who is a biomedical engineering graduate student, sat on the Board for the past year and has also served as both executive and former president of the Engineering Undergraduate Society (EUS). Gattinger, a fourth-year mining engineering student, ran last year with his own host of EUS executive experience and now brings new experience from his seat on UBC Senate as well as a brief interim term as AMS VP Academic.

Another question asked the candidates what potential allies they hope to find among the non-student members of the Board. Malone pointed to Michael Korenberg, who recently became the chair of the Board, as someone who has proposed looking at alternative tuition models and a potential assist in that kind of advocacy on behalf of students. Gattinger mentioned provincial government appointee and new vice-chair of the Board Sandra Cawley — he said it would be beneficial to students if she supports non-traditional models of initiatives like student housing, due to her position as property committee chair.

In response to a question regarding student engagement with the Board and how they would increase it, both candidates had very similar answers. They indicated tuition increases as one topic that students constituently have shown their willingness to debate and bring a voice to the table — for example, the last tuition proposal saw about 1,799 (overwhelmingly negative) responses from students.

Gattinger said he would love to see the Board respond to the feedback of as many of those students as possible, explaining that if students take the time to provide constructive criticism, they should be engaged with. Malone echoed this sentiment and added that she would like to see Board engage with students on issues not just borne out of disagreement. 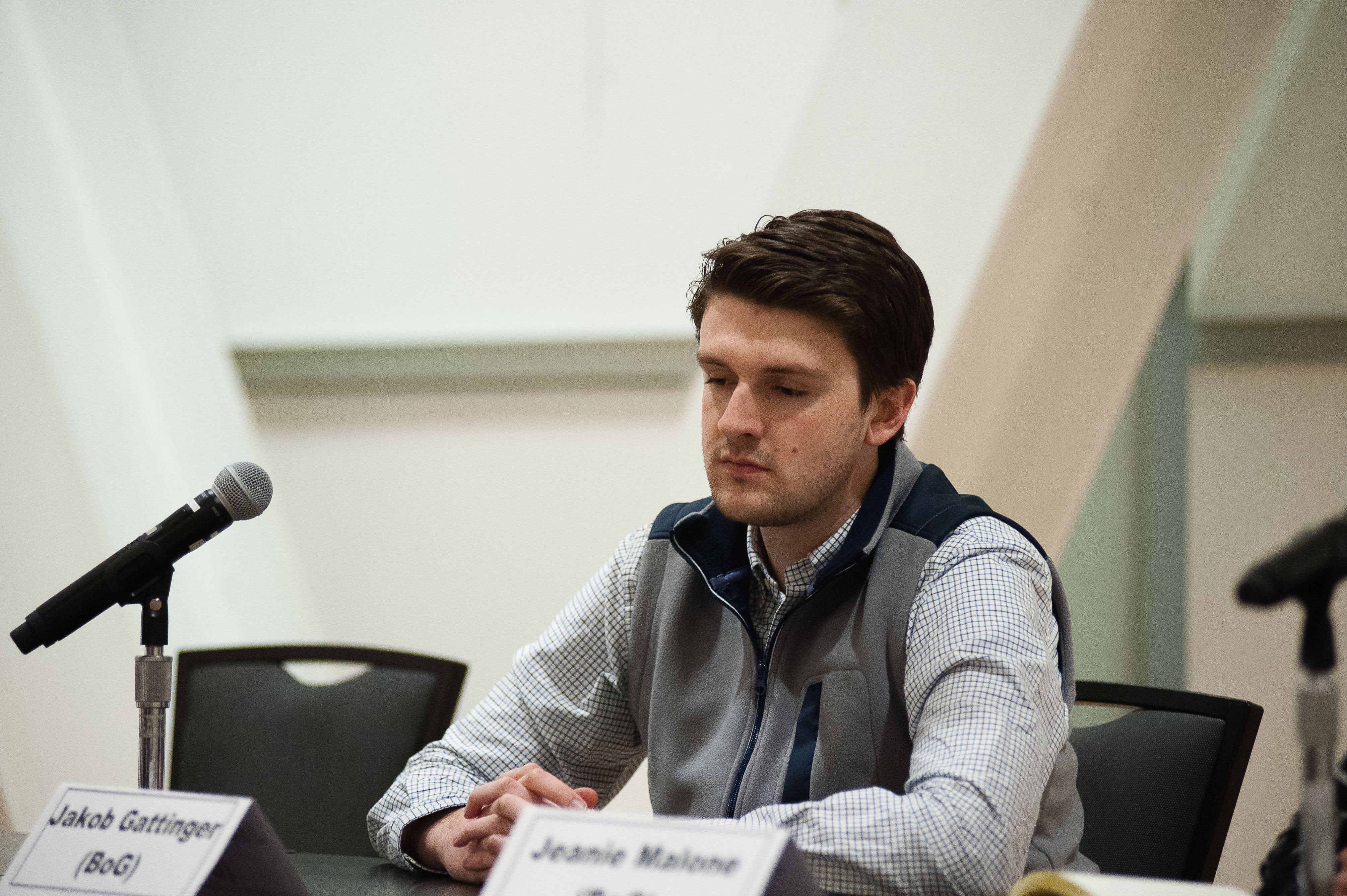 Both candidates also stressed the importance of having good working relationships with AMS executives and Senate members — something that not all previous Board student members have managed, noted Gattinger.

“We’re just two people. The AMS has, relatively speaking, an army of staff … they have more resources than the two of us would have as individuals,” he said.

“And they have the data,” Jeanie added, referencing the large amount of information that the AMS collects in order to inform their advocacy efforts. She also noted the importance of making the difference between Board student member advocacy and AMS advocacy clear to UBC administration — although their priorities align, the AMS needs to always be considered as a separate entity, and she saw issues with this during the inadequate consultation of the AMS on the Housing Action Plan.

As a closing question, the candidates were asked about what motivated them to run for Board. Gattinger said that as someone who has worked within the slow bureaucratic motions of Senate, he hopes to branch out to a different arm of governance where he might be able to help along swifter change. Malone noted the steep learning curve that comes with joining the Board — and as a second-year member, she said she’s excited to see some of the projects that she has been working on over the past year come to fruition.

“There’s lots of things coming in the next few months that I have room to continue advocating on.”

A previous version of this article mistakenly printed that Gattinger said Cawley supported non-traditional housing models. In fact, he said it would beneficial if she did so. The Ubyssey regrets this error.