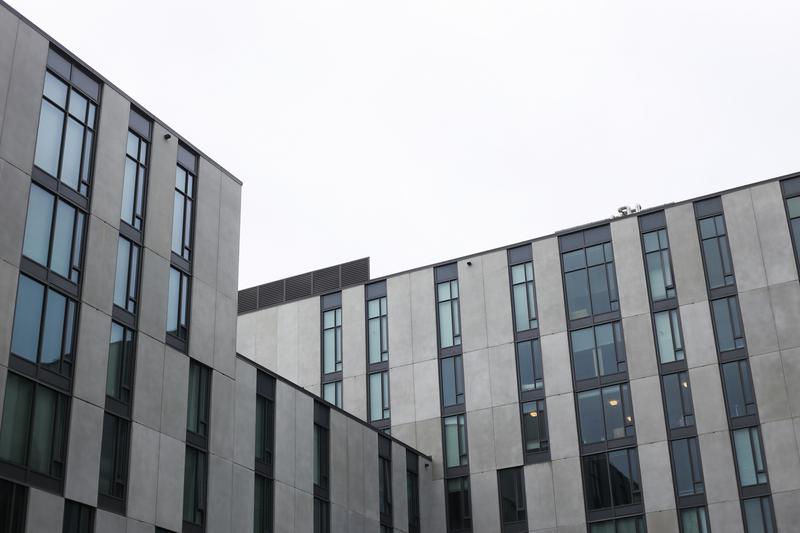 UBC Housing did not say which building the vandalization took place in for privacy reasons. File Jasmine Foong

This article contains references to antisemitism.

A Jewish student was victim of an antisemitic attack in residence last week.

In an email to those living in the residence where the incident occurred, UBC Housing wrote that a student living on the seventh floor of an unknown building had their mezuzah — an encased prayer scroll that is hung in doorways to serve as a blessing — removed from their doorpost and vandalized by three individuals on July 22.

“Anti-Semitic behaviors and actions such as these are absolutely reprehensible,” the email reads.

UBC Housing included an external link for students to read more about the significance of mezuzahs.

The email said that this was “the second time this has occurred.” It is unclear whether UBC Housing is referring to another instance where this student’s mezuzah was vandalized, or to a separate case of antisemitism.

In an email to The Ubyssey, RCMP Constable Ian Sim wrote, on behalf of the case investigator, that the first instance mentioned in the UBC Housing email was unreported.

“It wasn’t until the complainant reported the second instance that the first incident came to light,” Sim wrote, adding that neither he nor the case’s investigator could recall a similar incident occurring at UBC.

Sim also said that the three individuals were unknown to the RCMP.

UBC Housing wrote in a statement to The Ubyssey that the incident has been reported to the RCMP as a hate crime, and that an investigation is ongoing.

Andrew Parr, associate vice president of Student Housing and Community Services, wrote that UBC Housing was taking the incident “very seriously” and reiterated that an antisemitic behaviour is unacceptable, in residence or at UBC as a whole.

“If those found responsible are student residents they will face significant repercussions — up to an including eviction,” he wrote, but said that he would not speculate on other potential ramifications.

Parr did not say which building the vandalization took place in for privacy reasons, but said that UBC Housing was working to support the impacted resident.

“In consultation with the resident we shared information about this occurrence with others in their residence community to both shine a light on and reaffirm how unacceptable this type of activity is in our community and encourage reporting information that may aid the police investigation.”