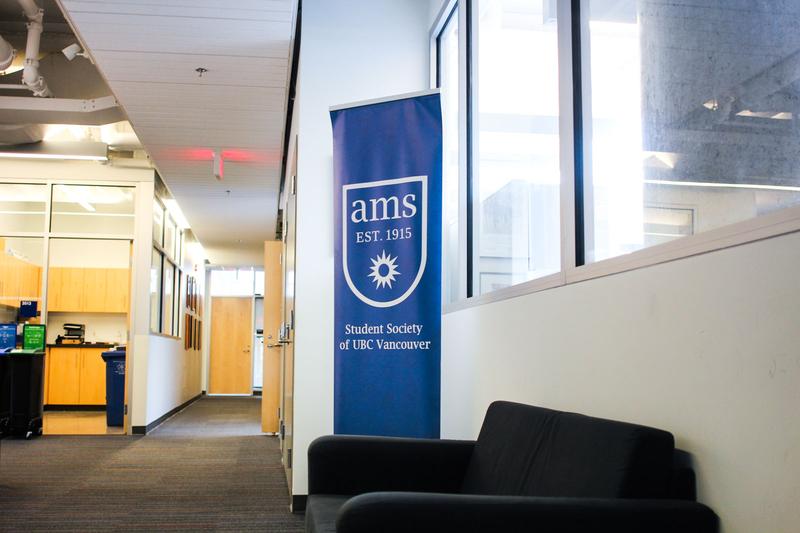 The final AMS Council meeting with this year's Council was held last night over Zoom.

Councillors discussed budgeting for the 2020/21 school year in the midst of the COVID-19 pandemic, called a vote of censure on current VP Administration and President-Elect Cole Evans and approved the suspension of U-Pass for the time being.

Liang called the first option the “best case scenario,” with full enrolment, all budget asks and previous commitments fulfilled, the Nest open from May resulting in $250,000 in business contributions and investment income kept at budget.

The second budget assumes 90 per cent enrolment, a 10 per cent AMS expense reduction, the Nest open from July with $200,000 in business contributions and the investment income still kept at budget.

This assumption results in an impact on funding, but Liang explained that this wouldn’t have much impact on clubs.

“If funding is needed, the Clubs Benefit Fund is available and there’s quite a bit of balance left in that fund,” she said. “We’d open it up for all of our clubs to access so with the drop in enrolment numbers, we’ll have minimal impact on our students.”

The third option assumes 80 per cent enrolment, a 15 per cent reduction in AMS expenditures, the Nest open from September with $150,000 in business contributions and the investment income kept at budget.

With this 20 per cent reduction in funding, Liang said the reduction in AMS expenditures would come from AMS general services.

“That’s communications and AMS Events. It’s a top priority for AMS executives this year to maintain services … as well as our student government,” Liang said. “We want students to return back in September like nothing has happened.”

“The AMS executives feel comfortable going into a deficit next year to ensure service quality remains the same,” Liang concluded her presentation.

In discussion, Councillor Alex Gonzalez questioned why there was money budgeted for Welcome Back BBQ when the university isn’t yet sure there will be in-person classes in the fall.

Liang said they decided to wait until the final budget to take Welcome Back BBQ out.

Board of Governors representative Max Holmes asked for the AMS’s priorities in budget setting at this point.

Evans said they would contribute funds to communications, which Holmes pointed out was contradictory to the budget presentation, and keep operations with services and student government as consistent as possible. Liang also said that they would also prioritize advocacy.

“We’re staying optimistic, but obviously it’s hard for us to project out where those large cuts are going to be coming from at this moment,” Evans said.

Motion of censure against Cole Evans

Evans faced a motion of censure after failing to submit an executive goals report on time, without notifying Council prior to the meeting.

Councillor Alex Gonzalez brought the motion of censure against Evans.

After discussions of “radical empathy,” compassion and what expectations councillors should have of their executives in this time, the motion ultimately failed — with a majority of councillors voting against the motion.

Evans said he was “humbled” that the majority of Council that voted against the censure, adding that he regretted his lack of proactivity.

“I would pretty much expect that Council can expect to see this within hours, probably not days at this point,” Evans told The Ubyssey after the meeting.

U-Pass suspended for the summer

Council passed a motion to suspend the U-Pass from May through August.

Through conversations with students, VP External Cristina Ilnitchi said the AMS has identified that many students are not currently using the U-Pass. She proposed a temporary suspension of the U-Pass program for the next couple months.

“At any point, schools on an individual basis can decide when to come back online with the full plan on the same contract, but we have to give 30 days notice to TransLink and consult with UBC and the [Graduate Student Society],” Ilnitchi said.

She said she’s working getting students refunds for the April U-Pass and hoping to finish up those conversations by the end of the week.