With a few hours left, take a look back at this campaign before it ends. 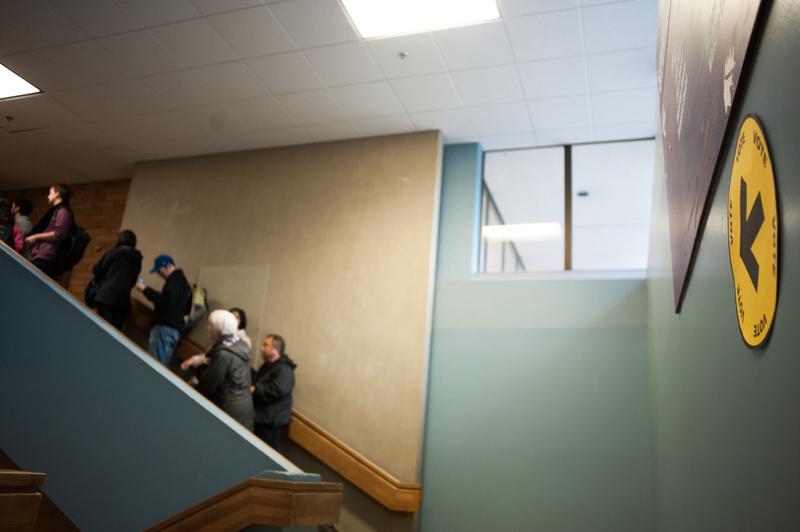 If you have yet to go vote polling stations will still be open for a short time. Photo Kosta Prodanovic / The Ubyssey

As the 11-week federal campaign draws to a close, you can feel the election buzz. Marked by divisive issues and seesawing polls, this longer-than-usual campaign period has left many on the edge of their seats.

On campus, the AMS voter engagement campaign — Champion the Vote — has been attempting to boost youth turnout in this year’s election.

After funding for the campaign was approved by Council, VP External Jude Crasta described the direction he would be taking the campaign as “driving that whole. We have a right to be heard. We love being engaged. This is something that should be a part of our everyday lives."

“I think, with the budget they had and all the goals that were set, it definitely was a success,” said second-year Ian Sapollnik. “There were tons of events and really good turnout for all of them. And the polling station in the old SUB got a huge turnout.”

The campaigns of Thomas Mulcair’s NDP and Justin Trudeau’s Liberals were built on the promise of positive change after a decade of Harper leadership. Hoping to dispel notions of the NDP as wild-eyed leftists, Mulcair steered his party towards centre with a platform of fiscal restraint and moderate tax reforms.

Trudeau, however, pledged to ramp up government spending and hike taxes on Canada’s top earners.

With the significant policy overlap between the NDP and Liberals, many anticipate Canada’s left-wing vote to split. As such, strategic voting has been the talk of campus, producing a lot of mixed feelings, according to Sapollnik.

"I think really what it comes down to are the people that are either very strongly in favour or very strongly against strategic voting — [they] are the ones that have a lot to gain or lose from people voting strategically," he said. "The Greens, for example, have quite a bit to lose. When we’re talking about strategic voting, they’re usually not going to get very many votes.”

What has also been a point of focus was the possibility of collaboration between the NDP and Liberals.

“The NDP actually suggested that they collaborate with the Liberals should they win. I actually think that would be a great idea. I would like to see more collaboration between the parties — the fact that their policies overlap would give them some common ground," said student Kristin Weaver.

Meanwhile, the Conservatives have run a steady campaign promoting Harper as the steady-handed steward of Canada’s economy. Along with his advantage as incumbent, Harper has also benefited from this campaign’s length.

The Conservative attack ads did not just start this weekend, however. For months, Trudeau has had to weather a wide-reaching ad campaign framing him as an unseasoned amateur. Nevertheless, Trudeau has climbed to the top of the polls.

Throughout the campaign, candidates have debated issues such as the stagnating economy, the anti-terrorism bill, the Trans-Pacific Partnership and the status of the senate. This election’s watershed moment has been the niqab controversy. Although Zunera Ishaq first challenged the federal government’s niqab policy in 2011, the issue erupted to the forefront of national news in recent weeks.

Although Canadians often trumpet their tolerance, 80 per cent think women should unveil at citizenship ceremonies. This figure is even higher in Quebec. Both the NDP and Liberals believe the niqab policy to be an infringement of religious freedoms and both have been damaged by the debate. The NDP, whose political stronghold is in Quebec, were especially hurt.

As polls close on campus, there is a prevailing sentiment of "anyone but Harper."

“Either way, I would be happy if the NDP or Liberals won,” said Weaver.