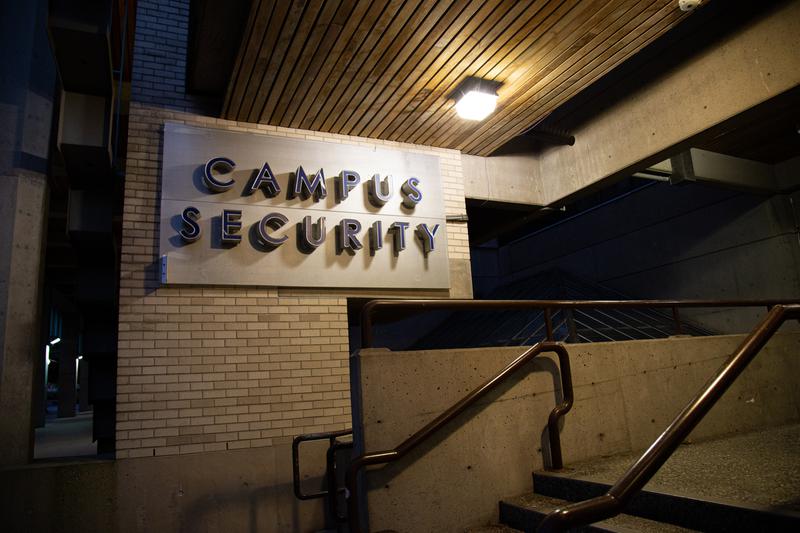 The security team was “surprised” by the increase in assaults on the Vancouver campus. File Jasmine Foong

UBC Campus Security’s 2020 annual report reported an increase of recorded assaults in the early stages of the pandemic. Five assaults were reported on UBC Vancouver’s campus in 2020, compared to two in 2019.

Acting Director of UBC Vancouver Campus Security Ali Mohjedi said in a statement that the security team was “surprised” by the increase in assaults on the Vancouver campus, but declined to speculate on possible causes behind this increase. According to the report, most of the assaults were not perpetrated by members of the UBC community.

“This increase aligns with what we have heard from other organizations which have also seen a jump in concerning behavior during the pandemic,” Mohjedi said.

UBC Okanagan saw 12 assaults in 2020, only a slight increase from the year before.

2020 was a year marked by the inactivity of a campus locked down during the COVID-19 pandemic. Campus Security therefore shifted its focus towards ensuring the security of building access, preventing unauthorized entries, and reducing property crime.

Property crime saw an overall decrease across all categories, with a notable decrease in theft (from 289 to 128 reported cases in 2019 and 2020) and auto theft (35 to 26 cases respectively). Campus Security attributes this to both the decrease of activity on campus and the decrease in the number of commuters.

Break-and-enters also saw a decrease, from 73 reported cases in 2019 to 54 in 2020, with an increased effort in building security throughout the pandemic. Similar trends are present at UBC Okanagan, which saw a decline in both break-and-enters and theft cases.

The inactivity of campus was further reflected in reported public safety incidents, with a noted decrease in student welfare checks (from 81 to 43 reported), battery boosts requests (248 to 158 reported), as well as safety transport requests (586 to 253 reported).

Campus Security attributes this decrease to a lack of student population presence on campus and notes the adaptation of these services to fit public health orders, such as safety transports being done on foot or bike rather than in enclosed vehicles.

Looking ahead to 2021, the department aims to focus on developing a training matrix and development plan allowing it to elevate its standards to internally recognized standards, along with including training in equity, diversity and inclusivity.

With the return to in person activities on campus, a large focus is being placed on preventing and reducing property crime.

“Campus Security looks to restart all previous initiatives whenever possible as restrictions begin to be lifted and campus slowly becomes re-occupied,” the report stated.