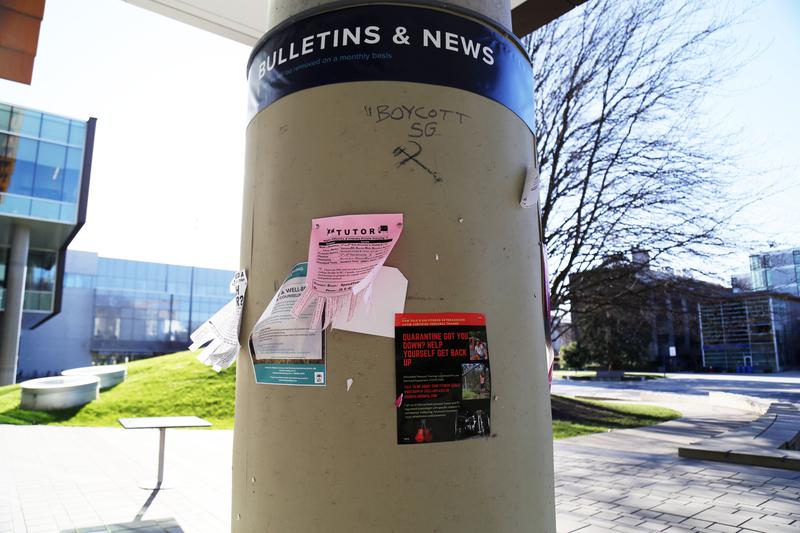 In the most recent fall club applications cycle, only 8 out of 32 proposals were recommended for constitution. Jasmine Foong

The AMS Clubs and Societies Working Group is updating the Operations Committee policy manual, after complaints from clubs that the application process lacked clarity.

The AMS only constituted a few clubs this year — in the most recent fall club applications cycle, only 8 out of 32 proposals were recommended for constitution.

Christina Kim, the co-president of HanVoice UBC — a chapter of an organization focused on North Korean human rights advocacy — claimed that when their club constitution proposal was rejected during the recent fall club applications cycle, they were told that the reason was that their club was not primarily focused on helping UBC students.

However, Kim said she was confused by that justification.

“The fact that a HanVoice club chapter has been established in many other universities across Canada made us unsure of why we couldn’t become affiliated with the student society here,” said Kim. “Also, there are many human rights societies that were constituted with AMS in the past.”

Kim said that club applications requirements need to be made more clear or straightforward.

Ben Du, the vice-chair of the AMS Operations Committee, agreed that the clubs application process is unnecessarily confusing and that instructions should be made more accessible and clear. In committee minutes last fall, Du voiced the need to revise the process.

“Students have to create their own bylaws, but there isn’t enough guidance about how to do that,” said Du. “Another thing is just looking through the Operations Committee policy manual ... It’s a 41 page document that is frankly not attractive to look [through].”

Sylvester Mensah Jr., the AMS VP administration, said that the policies in the Operations Committee policy manual, which includes the rules of club applications and club elections, will be made more clear in a Canvas module that is currently in development.

Mensah also says that the AMS is also in the process of reexamining the policy manual, which includes addressing the issue of club names and being more specific about bylaws instructions.

“The main objective [of reexamining the policy manual] is to address discrepancies within the club naming process, the creation of bylaws and interpretation of the policy manual,” said Mensah.

The Clubs and Societies Working Group is currently reviewing the manual. Mensah said he hopes that the Operations Committee will implement proposed changes by the end of March.

“[Approving the proposed changes in March] will give our office the opportunity to introduce any relevant changes to clubs during Executive Orientations, ensuring that the newest batch of club executives have a chance to learn about these changes.”

“I would admit that there is a knowledge gap between those who interact with the AMS regularly and those who don’t,” he said.

“Bridging that gap is critical because not only does it help with the overall efficiency of the clubs application process but also the AMS in general.”