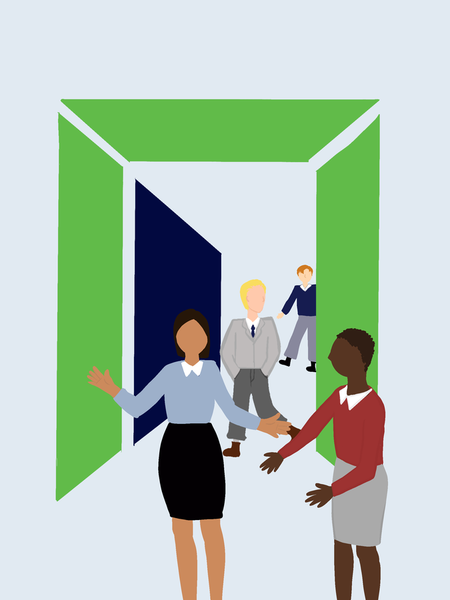 Each NSCC executive paid the CUS $116.16 for their sweaters. Ariel Qi

On January 25, a UBC Confessions post alleged that NSCC execs used participants’ fees to purchase Patagonia quarter-zip sweaters for the exec team. The post had almost 400 reactions as of publishing.

The NSCC is an annual conference hosted by the CUS and run by NSCC-specific executives. The CUS executive team hires NSCC executives.

The Commerce Undergraduate Society (CUS) says while it did front the payment for the sweaters, the society will only be covering $20 per person — $240 in total — as per CUS code of procedure policy 11.09 F, which states that “all CUS affiliated services are only reimbursed up to $20 per executive for merchandise.”

According to the CUS, 13 sweaters, purchased in January, cost $136.16 each — although only the 11 members of the NSCC exec team were reimbursed the $20. The other two quarter-zips were paid for in full.

The CUS said it gave the NSCC execs three weeks to pay for the sweaters. According to CUS VP Finance Eric Jin Cheng, the payments were “en route to the AMS” as of March 10.

Teams of four can enter the competition portion of NSCC, in which they’re presented with a ‘case’ that is meant to mimic a real-life consulting situation. After three rounds, the top three teams receive cash prizes, with one team named the winner of the competition.

On January 26, the NSCC executives released a statement on Facebook addressing their funding, ticket prices, the purchased sweaters and saying they created an “intangible value” by adding new benefits to the 2020 conference. The statement also criticized “defamation” and “false information” being spread about the conference.

These benefits were an increased number of judges to write feedback for competitors, the submission of resumes to firms who were actively recruiting and “more intimate networking opportunities.”

But some students were still frustrated with the response.

Brendan Smith, an NSCC participant, had been planning to request a formal inquiry into NSCC’s finances before the UBC Confessions post came out. He was suspicious of how the NSCC handled funds and said he feels if Sauder students are allowed to get away with being “sketchy,” it will look bad on the school as a whole.

“The press release actually pissed me off even more and made me want to take this even a step further when I saw it because it was just a slap in the face, in my opinion,” Smith said.

William Zhang, a second-year commerce student who competed in both the 2019 and 2020 NSCCs, said the number of judges decreased between the two years.

“Last year [our team] had three judges on our panel and this year we got two,” Zhang said.

Additionally, both Smith and Zhang said their teams received minimal feedback from judges.

“[By] ‘more intimate networking,’ what the team meant with that is really the ratio of students to delegates,” said Wu. Delegates are professionals who attend the conference.

Cheng said the 2020 ratio of students to delegates was three to one, compared to one to five or six last year.

Wu confirmed that 13 resumes — from the members of the top four teams — were given to IBM, the 2020 final sponsor.

Zhang said the main difference between the two years was “the quality of the competition,” which he said declined this year.

Zhang claimed that last year’s preliminary case was purchased from Western University and this year’s was written by the NSCC team, causing a noticeable drop in quality in his opinion.

Cheng confirmed that in 2019, the CUS purchased the preliminary case from Western, but Wu said this year’s were written by Telus and IBM with the collaboration of the NSCC team.

Where did the money go?

Students were also concerned that the cash prizes at this year’s competition were lower than previous years.

The total prize pot decreased by $250 this year, with the first-place prize cut by $500 but the third place prize increasing by $250. Zhang said he felt “a little scammed initially” by the changes in prize money.

Smith said the NSCC told him that the decrease was due to added costs — although Smith was unsure what they meant. The CUS said the NSCC team did not give the society a reason for the change.

“[The NSCC] has a VP finance, and we trust them to make those decisions with the autonomy that we provide them,” said Kristian Oppenheim, CUS president. The NSCC paid for Whova, a virtual conference platform, and the prize money, according to Cheng.

But some students want the NSCC to release their full financials.

“They’re not really paying for anything. So I would like to know where my money went,” said Zhang. Smith echoed Zhang’s sentiment.

Lucia Liang, AMS VP finance, wrote in a statement that the AMS has not received a request from the CUS to look into potential mismanagement of finances, and said that the NSCC was not directly under AMS purview.

The CUS said it cannot sustain itself on student fees, or else it would run a deficit.

“For every service, it’s not expected for them to make a profit, but at least try to hit a break even,” said Cheng.

The NSCC exec team is currently running a profit of $785, but Cheng said it is too soon to say whether the NSCC will make a profit as the team is hosting one more event.

The CUS releases quarterly budget reports, and the NSCC’s budget should be included in this year’s final report, according to Cheng.

However, Zhang said he was unsure if he would participate in the NSCC next year but would think about if the NSCC exec team was “completely revamped.”

Smith said his NSCC experience left a “sour taste” in his mouth.

“I’m definitely not going to be in this one [in the future]. I’ve done quite a few [competitions] in the past little bit. I’ve done like four or five and this is definitely the poorest run,” he said.