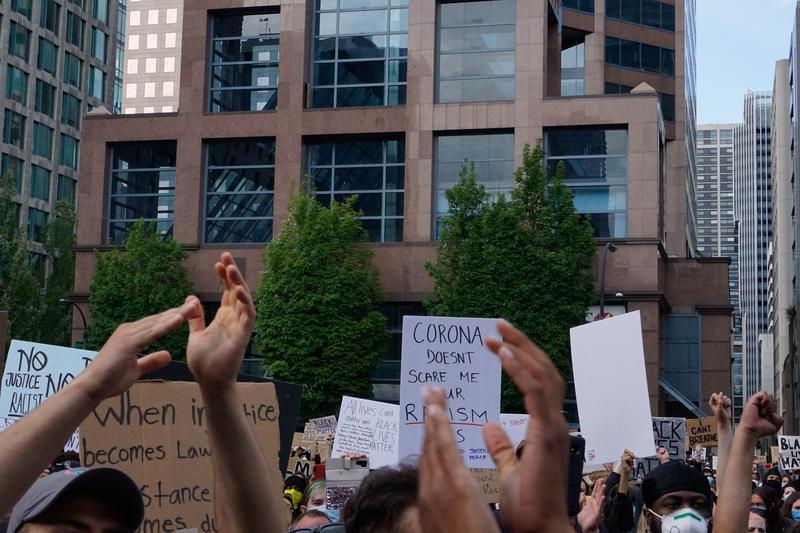 UBC President Santa Ono has called for an external investigation of a racial profiling incident on campus involving a Black graduate student.

On Friday, second-year social justice graduate student Savoy Williams alleged he was racially profiled by Campus Security when trying to enter a campus building with written permission from his supervisor. Williams said this is the second time this has happened on campus and the allegation follows Ono’s June 1 commitment to combating anti-Black racism on campus.

Ono has now pledged to have a “full formal external investigation” of the racial profiling incident along with “an external review of incidents, policies (and their application), practises and training within campus security to ensure that racialized members of our community are treated equally to all other members of our community,” he wrote in a broadcast to UBC on June 16.

The RCMP and other organizations that provide security on campus will be included in that review.

At the Board of Governors meeting on June 16, student representative Max Holmes questioned why the university is proceeding with an external review rather than using people already within the university who have that knowledge.

Max Holmes questions the external review, and says we have capacity within the university to do that review internally. Ono says this is the intention. He says they're already looking into what happened, and they will also be engaging internally.

Ono said he does plan “to engage with expertise within this institution,” but defended the decision to have an external review.

“The reason for having an external review is in cases such as this [is] sometimes it’s really important to have an entity with an arm’s length from the institution take a look at what has happened,” he said.

Ono has also committed to establishing an advisory committee on systemic racism.

The committee’s terms of reference could include “establishing processes for open discussions on systemic racism,” “embedding principles of equity, diversity and inclusion into our core academic mission,” identifying gaps in support for racialized students and in existing policy, addressing those gaps and potentially appointing a senior advisor position on this initiative.

“All of this underscores what I said in my statement, that as a university, we need to make it crystal clear that racism and bias have no place in our community and that we have zero tolerance for it,” Ono wrote.