Faculty members plan protest at Tuesday’s Board of Governors meeting 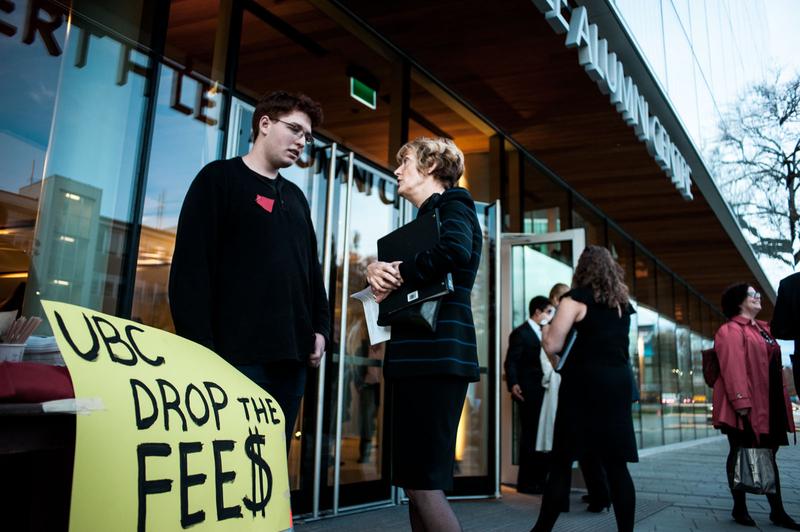 A group of faculty members are organizing a protest at tomorrow’s Board of Governors meeting against the recently-exposed trend of non-transparent methods of governance pervasive in that body.

Bruce Rusk, an associate professor in the department of Asian studies, said that he and some colleagues were inspired to organize the protest after the leaked documents came to light last week.

“We began to understand about how much the way the Board of Governors was operating wasn’t transparent, didn’t seem to be following what we’d expect of them and there didn’t seem to be any mechanism for oversight,” said Rusk. “We felt like, especially given the big decisions the BoG is making this year, it was worth expressing that publicly.”

Since starting to organize, Rusk has been met with a great deal of support. “The only people who have said they’re not going are people who can’t go because they’re teaching or not in town,” he said, noting that many faculty members believe in protesting for not just themselves, but also for the wider community.

The protesters have three main demands: a greater emphasis on transparency and openness at the Board of Governors level, a proper documentation process of all meetings and sub-committees and an independent external review of Board practices.

“Part of the problem is there’s been … no way of assuring that they’re following either the law or best practices and at this point we need that,” said Rusk.

“I felt frustrated by the way I didn’t know what was happening at UBC,” said Laffin. “We’re a public institution right and so I became really worried.”

She sees the protest as a way for people to express unhappiness with the Board’s current mode of governance.

“No one knew how to respond or what to do to demand [change] because there wasn’t really a public place to voice that,” said Laffin. “So I think, in many ways, this is the first opportunity for people to come together and show that they are dissatisfied with the status quo and to demand some form of change.”

“I think the protest is just adding to the chorus of cries for review and reform of the governance practices here at UBC,” said Jennifer Berdahl, Sauder professor and supporter of the protest. “The Faculty Association has made a pretty explicit list of what they see as malconduct on the part of the Board of Governors and has called for an external review. So we’re hoping that this will just add more pressure and hopefully get that to happen.”

Berdahl sees the Board secretariat as being part of the problem.

“The Board secretariat definitely needs to have a close look taken and reviewed because a lot of the institutional memory and governing board practices are vested in the board secretariat. The extent that position has allowed or aided and embedded these activities, I think that person needs to be held accountable.”

Organizers expect anywhere between 50 and 100 people at the protest tomorrow with faculty encouraged to wear their formal academic robes. The Board of Governors meeting will take place in the Robert H. Lee Alumni Centre on February 2, and the protest will begin at 12:30 p.m.

Rusk notes that he wouldn’t be surprised if the Board changed their meeting location to avoid the protestors.

“I think it would be a good sign in some ways if they were to go off and have their meeting somewhere else,” he said. “That would show how scared they are of the potential for a lot of members of the community — not just faculty, but students, alumni and really anyone in BC who’s concerned about this — to change the way that the board operates.”

A previous version of this article quoted Professor Berdahl as saying “a class” where she said “a close look.” The Ubyssey regrets the error.