Minister Jonathan Wilkinson announced the government will give $1 million dollars to UBC over 5 years to fund research investigating the role the chinook salmon population plays in the health of the killer whale population. Salomon Micko Benrimoh

The federal government will be giving UBC $1 million to help save the endangered southern resident killer whale population.

At an event today, Minister of Fisheries, Oceans and the Canadian Coast Guard Jonathan Wilkinson announced the government will give $1 million dollars to UBC over 5 years to fund research investigating the role the chinook salmon population plays in the health of the killer whale population.

Under the Whale Science for Tomorrow Initiative, the government is also pledging $1 million to Dalhousie University for research on protecting North Atlantic Right Whales and over $900,000 to the Université du Québec à Montréal for research on the impact of environmental contaminants on beluga whales in the St. Lawrence estuary.

It is a joint endeavour between Fisheries and Oceans Canada and the Natural Sciences and Engineering Research Council of Canada.

“The goal of this initiative is to support researchers at Canadian universities by leveraging our financial and scientific resources in a way that helps protect endangered whales while also inspiring the next generation of scientists to explore meaningful careers in this field,” Wilkinson said. 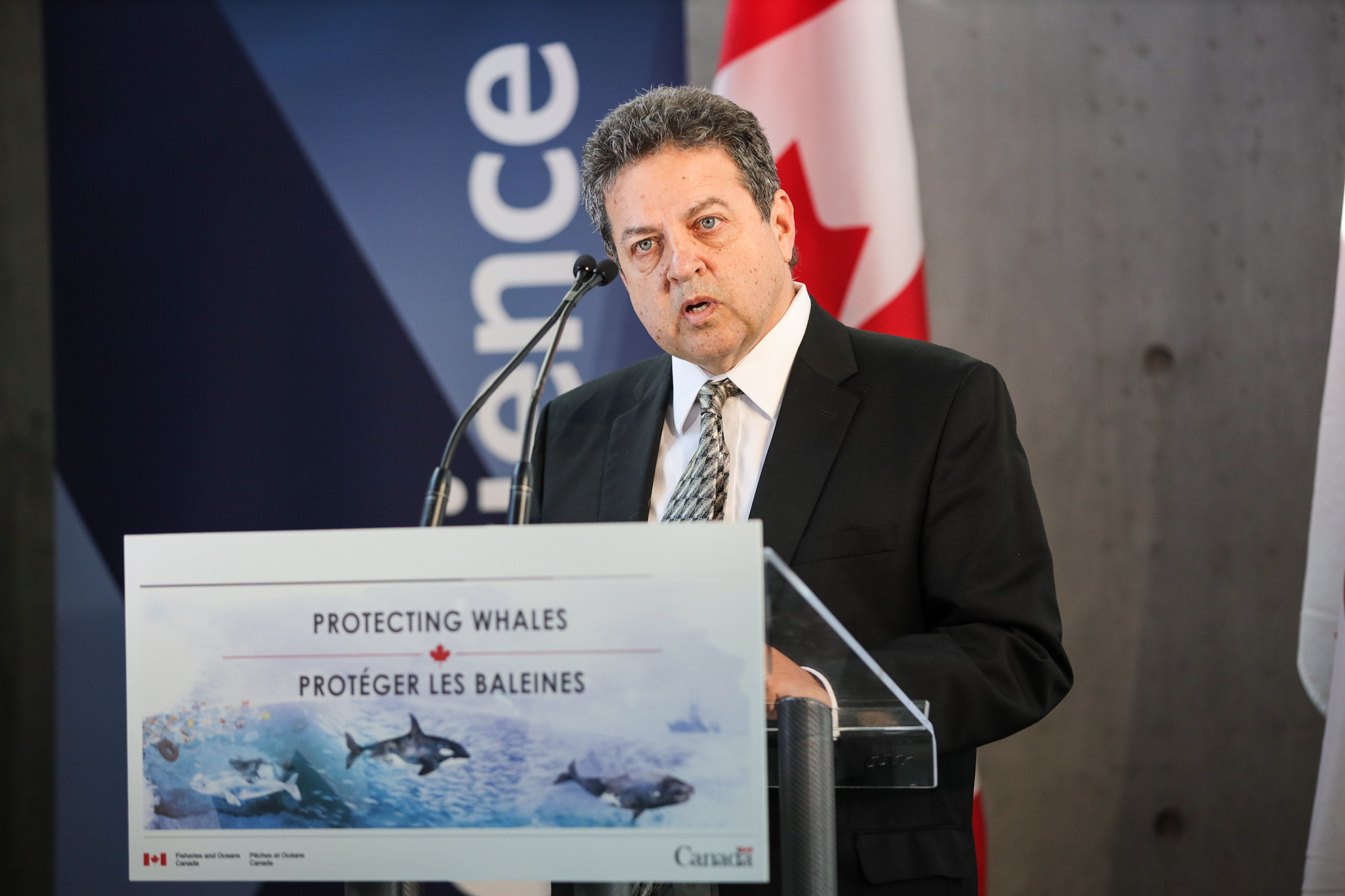 The overall consensus of scientists is that the whales are “simply not getting enough salmon to eat.” Salomon Micko Benrimoh

Inhabiting the Salish Sea, the southern resident killer whale is listed as endangered, with a current population of only 74.

Chinook salmon are the preferred prey of the whales. The overall consensus of scientists is that the whales are “simply not getting enough salmon to eat,” according to Dr. Andrew Trites, the director of the Marine Mammal Research Unit.

“We are therefore expanding the research we initiated last summer to determine if there are enough salmon in the Salish Sea and determine if southern resident killer whales can get them without interference,” Trites said.

In an open question period, one audience member asked about how the government plans to reconcile its commitment to revitalizing whale populations with its support of the Trans Mountain pipeline.

Wilkinson was firm in his answer. “The Trans Mountain pipeline is not the problem that the whales face,” he said. “It’s a broad shipping issue.”

The minister credited the growth of the Port of Vancouver as most of the issue, and pointed to finding solutions to address noise more generally in the region.

“The issue around addressing the recovery of the southern resident killer whale is a complicated issue, and it’s one that requires thoughtful measures to address [noise issues, prey issues and contamination],” Wilkinson said. “Anyone who tries to reduce that to a Trans Mountain issue doesn’t understand the problem very well.”