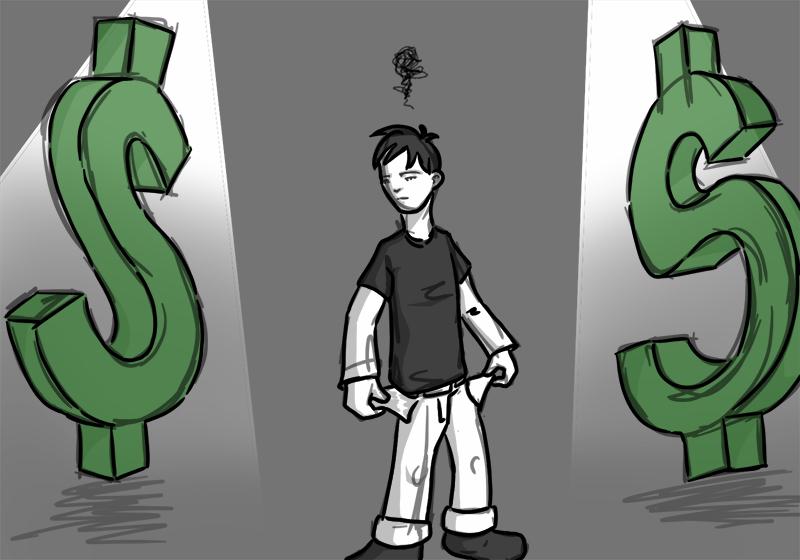 “I was surprised when, after calculating which days I was owed stat pay, I saw I hadn’t received it.” File The Ubyssey

Even though most UBC part-time jobs like Work Learn do not solely fulfil this condition, some students hold more than one part-time non-unionized UBC job. According to Graduate Student Society (GSS) President Nicolas Romualdi, UBC lacks a formal system to “check if the sum of worked days across all positions triggers the stat pay clause.”

Victoria Gomez, a Master of Library and Information Studies (MLIS) student who held a UBC Work Learn position along with a non-unionized part-time job, said the sum of her work hours at UBC made her eligible for statutory holiday pay. But like many other students, she wasn’t initially aware that she was eligible for it.

“I was surprised when, after calculating which days I was owed stat pay, I saw I hadn’t received it,” Gomez said. “I began working with ... my administrators to see where the problem with reporting was and whether it could be fixed, thinking it might be a local problem.”

According to Gomez, payroll administrators were initially slow to respond and “didn’t have helpful answers.” She also believed there was lack of ownership on UBC’s part. Even though her work administrators were “very proactive” to work towards a solution, she said reaching one took considerable time.

“... I was eventually paid for the earlier stat holidays after about four months, during which time I was also missing out on other stat holidays,” Gomez said. “So in the end, it took more than eight months to get all my missed stat pay for that time.”

Even though Gomez was eventually able to get her dues, Romualdi believes more can be done.

“What seems to be still lacking, is a robust UBC-wide system that prevents the issue from occurring in the first place,” he said. “Students may not feel comfortable asking what is owed to them, even if UBC has been correcting the issue when brought up.”

According to Romualdi, a formal system to calculate statutory pay across various positions would save human resource hours devoted to calculating it manually.

He also emphasized that many international students are unfamiliar with BC’s employment laws. But he said the GSS is working with UBC Human Resources to find an appropriate solution.

“[Such students] may fail to realize that they are not being paid what is owed to them,” he said.

“We’ve conducted a preliminary review of payroll data and will be working closely with hiring administrators on this to re-enforce the statutory holiday guidelines,” Heinrich confirmed in a statement to The Ubyssey.

“We are encouraging any students with questions about statutory pay to discuss them with their hiring supervisor/administrator so we can expedite that process if appropriate.”

According to Romualdi, “so far UBC has been responsive, although this is still in an early stage and a clear timeline for resolution has not been set.”

“We see ourselves as playing a role following up on the process and making sure that a systematic solution is implemented and the issue is resolved,” he said.