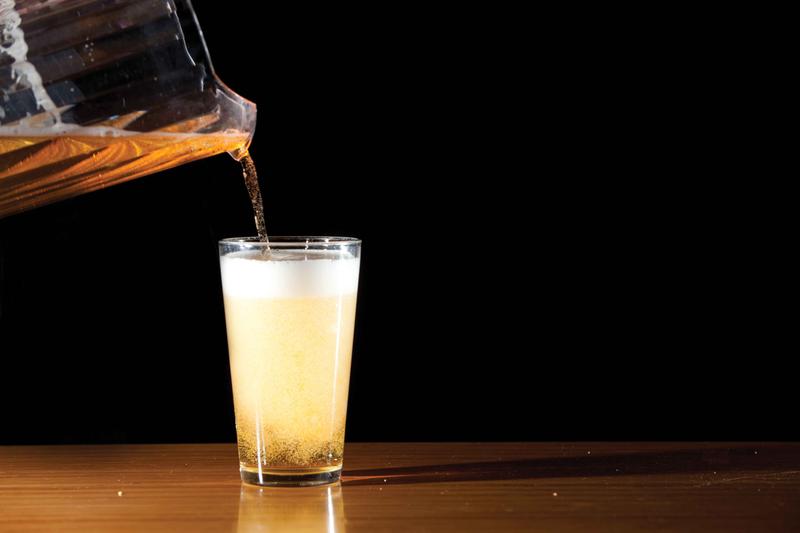 The brewery committee was re-struck over the summer so that planning for a microbrewery could continue. File photo Geoff Lister / The Ubyssey

After several setbacks, construction of a microbrewery on campus is slowly becoming a reality.

The project has been in the works for several years. According to AMS president Aaron Bailey, his involvement with the project started two years ago when he was president of the Science Undergraduate Society. In this role, Bailey worked with the VP administration and VP finance on the project.

In January of last year at an AMS council meeting, the decision to build the brewery was voted down. The project had moved from the new SUB to the UBC farm making the money in the capital projects fund that was earmarked for the brewery no longer accessible.

“[The fund] can only be used on projects that actually occur within the student union building,” said Bailey. “At that time that year we were in an $800,000 deficit as a society so council, which I think rightly so, decided that it wasn’t in the best financial interests of the AMS to pursue the project.”

However, students have said that they are willing to finance the project. After council rejected construction of the project, the AMS brewery committee and brUBC collected enough signatures to put the question of whether students would fund the project to a referendum.

“We passed [the referendum] with a majority margin which was great, and then from that point on I started working with the AMS directly on that committee in my position as a councillor,” said Bailey.

Over the course of the summer, the brewery committee was re-struck so the project could be pushed forward. The project is currently going though approval stages.

“Right now we’re working towards our executive one and two proposal which is mainly high level positioning of the project,” said Bailey. “We’re working right now with LFS and the Dean’s office there to build a proposal that’ll go to the executive -- ideally by the end of the summer to get that first stage of approval.”

After the approval stages, a financial agreement can be met. Once this is the case, the student fee will begin being collected and construction will start on the microbrewery.

“I think the coolest thing about the microbrewery is that it would be beer produced by the student union that actually gives back to the operations of what the student society does,” said Bailey, when asked about benefits the brewery may bring. “If you buy the AMS lager, for example, that money will flow directly back into the student society and support the services that help students all the time.”

Bailey also spoke on the educational aspects of the project, and how an operational brewery on campus would lend to more understanding of the culture behind alcohol production.