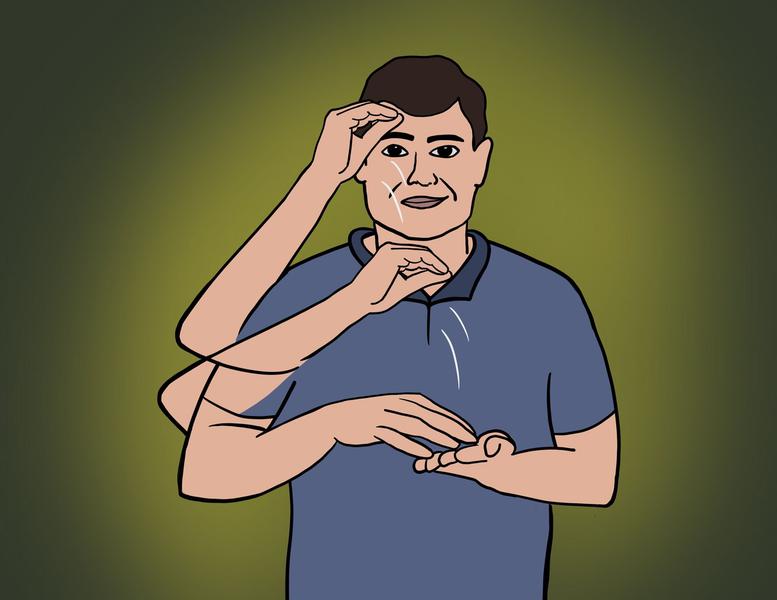 Howard said that there is a “direct link” from his work as an interpreter at the COVID-19 briefings to his work at UBC. Lua Presidio

Starting this school year, students can register for ASL classes at UBC.

Two ASL courses, ASL 100 and ASL 101, under the Department of Linguistics, will be taught by Nigel Howard, the interpreter for Dr. Bonnie Henry and Adrian Dix at the provincial COVID-19 briefings over the past months. Howard has also been in the UBC faculty as an adjunct professor for the pilot course LING 447, “Topics in Linguistics,” since 2018.

Howard said that there is a “direct link” from his work as an interpreter at the COVID-19 briefings to his work at UBC.

“My hope is to share with the broader community, specifically that of British Columbia, that being Deaf is to be like anyone else except they are a member of a cultural minority,” he wrote in a statement to The Ubyssey.

“I feel like there’s some disconnect between the university community and the local Deaf community,” said Burton. “I think it’s good to have courses as a way of connecting … the two cultures.”

UBC began planning for the ASL courses in 2016. Burton said the UBC community was very receptive to the idea of having more opportunities to learn ASL, but the geographical structure of the current language programs made it difficult to decide which department to place the ASL courses in.

“At all levels at the university, we got a lot of support,” said Burton. “We were just kind of systematically stuck because where does ASL go? That was, I think, the barrier that kept it off for so many years.”

With most classes being online this year, Howard faces the difficulty of teaching the ASL courses on Zoom, as students will have to learn how to sign through a screen instead of in person. Although students may take longer to understand certain aspects of the language, Howard said he plans to use creative methods to allow students to learn and participate in the virtual classroom.

Burton said another challenge is the limitation on the number of students able to register for ASL.

“Classes have to be pretty small, so we’re capped at thirty. Now there’s two sections being offered, so we can have sixty 100-level students in the fall,” said Burton. “So it’s hard to accommodate as many students as we would like to.”

Despite the ASL courses being very new to UBC, Howard already has future plans of creating opportunities for research on visual languages and working with other disciplines such as medicine, education and psychology.

“My goal is to grow the program. The first year will include an introduction to ASL course and Deaf culture, but over time I hope that in the second year we have more advanced coursework leading into the third and fourth year,” said Howard. “And perhaps eventually it will become a minor that students can take.”

Howard hopes that UBC students who take the courses will become immersed in Deaf culture and understand the diversity of signed languages through his classes, but he recognizes that students will find the experience of learning ASL very different from what they may be used to in other language classes.

“I always advise students to come into class with an open mind and an open heart,” said Howard. “I think understanding Deaf people as a minority and not as a disability will be a benefit for them. And of course, I also advise them to enjoy the class and to have fun.”