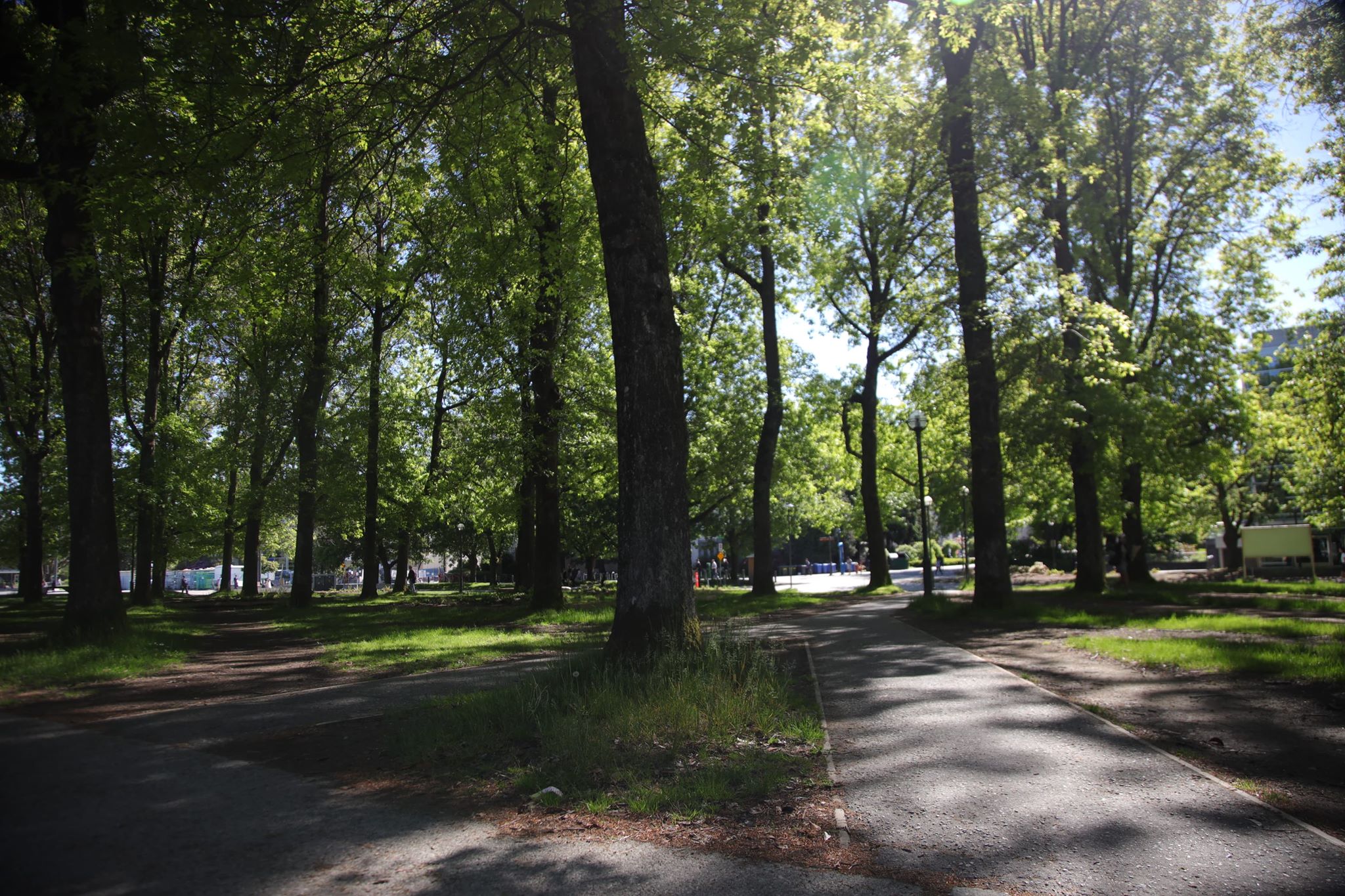 The location for the new Arts Student Centre is facing backlash because it will replace eight mature oak trees from the UBC Bosque. In response, Ono has called on administration to consider other building sites.

Public concern about the removal of trees for the construction of the Arts Student Centre (ASC) has mounted, causing President Santa Ono to announce that he will consider other locations for the building.

I have asked the UBC administration to bring me alternate locations for the new Arts Student Centre - other than the Bosque. Thanks to everyone for providing me with feedback.

The public pressure was spearheaded by the anonymous Twitter account @BosqueUbc, which was created to represent the eight mature oak trees that would be cut down for the centre. The account created a change.org petition which reached over 200 signatures in one day.

A petition was started earlier today to help save us from being chopped!
Please sign and please get the word out by retweeting and sharing with your networks. Thank you! 🌳❤️🌳❤️🌳❤️🌳❤️🌳❤️🌳❤️🌳❤️🌳❤️ #savethebosque #treesmatter #urbantrees #UBC #treeshttps://t.co/fK7Lwm2uew

“This responsiveness is very much appreciated and helps provide evidence to UBC's sustainability goals,” tweeted Anthropology Professor and Board of Governors Faculty Representative Dr. Charles Menzies.

In a statement to The Ubyssey, UBC Administration confirmed that public consultation was a crucial step in the planning process, and during the consultation phase they heard both support for the project and opposition to the building being located in the Bosque.

"The President has directed staff to explore alternative locations to the Bosque in the coming weeks to come up with a solution that delivers the new ASC as expediently as possible," reads the statement.

UBC Administration also said staff would work with the AMS, the Arts Undergraduate Society (AUS) and the Faculty of Arts to identify an alternative location for the ASC and maintain financial commitments to the project.

The AUS also released a statement on their Facebook page in response to Ono's tweet the following evening on Friday, May 24.

"Dr. Ono’s remark was made unilaterally from the President’s office – neither the AUS nor any other stakeholders associated with the project were consulted before President Ono published his tweet," said part of the statement.

"We wish to assure all Arts students that the Dean’s Office of the Faculty of Arts and the Arts Undergraduate Society are committed to the completion of the Arts Student Centre."

The UBC Bosque refers to the small forest that stretches north of the Nest to Brock Hall.

Originally built in 1968, campus planners envisioned the Bosque as a space where students could study, mingle and relax. The red oak trees were planted around the same time that the current UBC Life Building, formerly the Student Union Building, finished construction, making the trees over 50 years old. 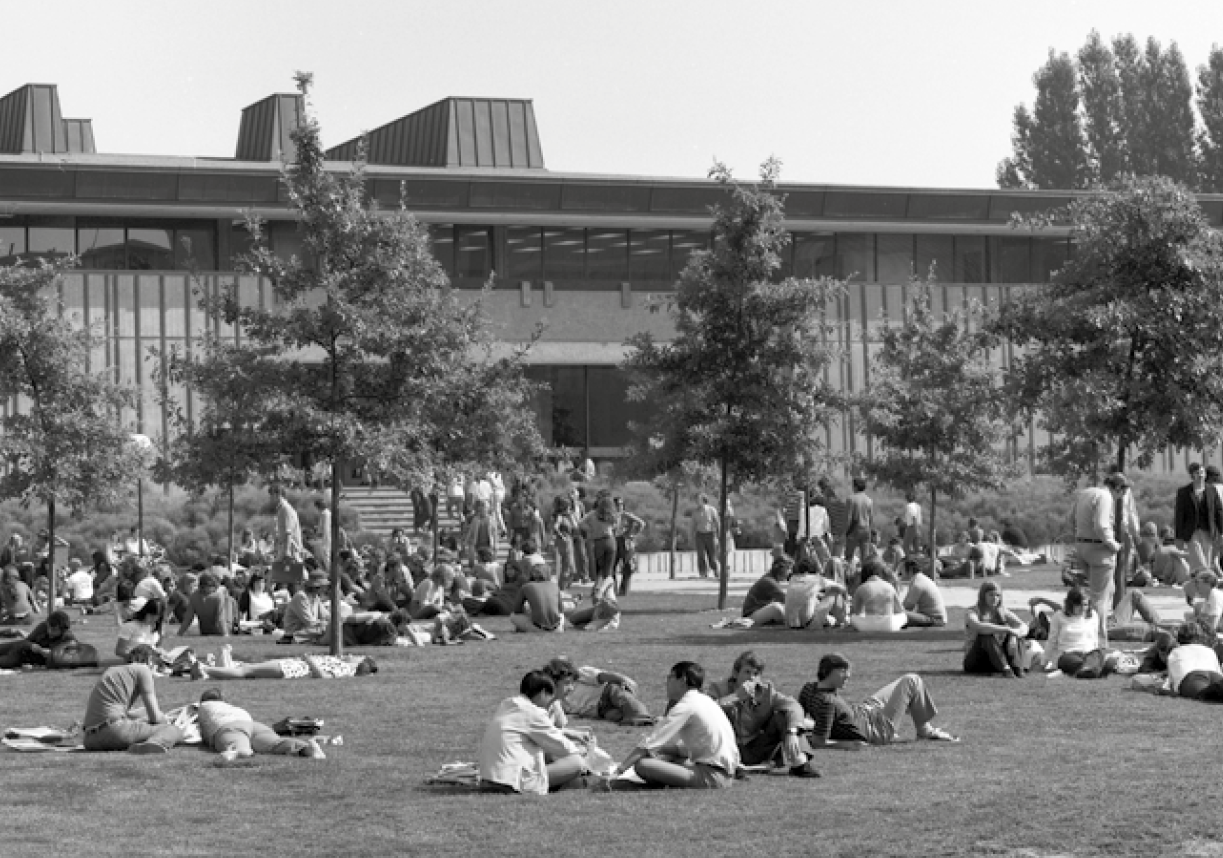 The Bosque shortly after it was planted, 1972 Campus and Community Planning

The ASC was originally chosen to reside in the Bosque because it met the Arts Undergraduate Society’s requirements of being a standalone structure close to the main hub of campus, but building there would require the removal of eight of the trees planted in 1968. 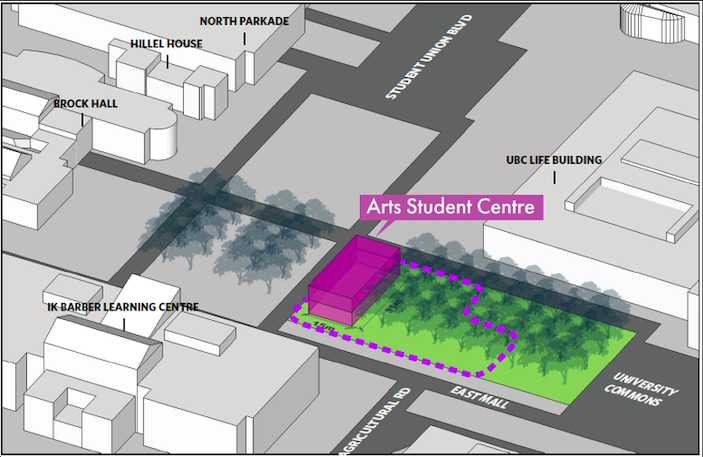 Ira Sutherland, a PhD student studying the history of forests in British Columbia, recently conducted a tree canopy study at UBC for the SEEDS sustainability program. He believes removing the trees will have negative implications for the state of urban forestry on campus.

“I was surprised. I get it that development often conflicts with trees, necessitating their removal sometimes, but I’ve never seen a plan like this,” said Sutherland. “Those oaks are beautiful. They have been cared for by three generations of UBC landscape staff, and pin oaks ... are a species with excellent longevity.

“In another 10 to 15 years, they will form a stately forest of big trees, almost like columns in a cathedral.”

The ASC plan was approved by the Board of Governors in June 2018, and Campus and Community Planning (C+CP) held an open house for public consultation on April 2.

The feedback will soon be presented to the Board of Governors for a second approval process in June.

Constructing the ASC is part of C+CP’s larger vision to “revitalize” the Bosque.

“Today, the space is failing at its intention of a green outdoor social space and is often dark, damp, uninviting as well as difficult to walk to in the rainy months,” wrote C+CP on its website.

Dr. Cecil C. Konijnendijk, a professor in the urban forestry program, admitted that the Bosque needs work but thinks it can be improved without killing trees.

“You could do more in terms of, for example, having a walkway, planting more undergrove. Some of the students in our UBC forestry program, they've also made proposals for that,” said Konijnendijk.

As a part of the revitalization process, C+CP is also running a planting strategy to test the soil at the proposed site in the Bosque. Four understory plots containing communities of plants have been installed in two zones to determine what species will thrive in each area. 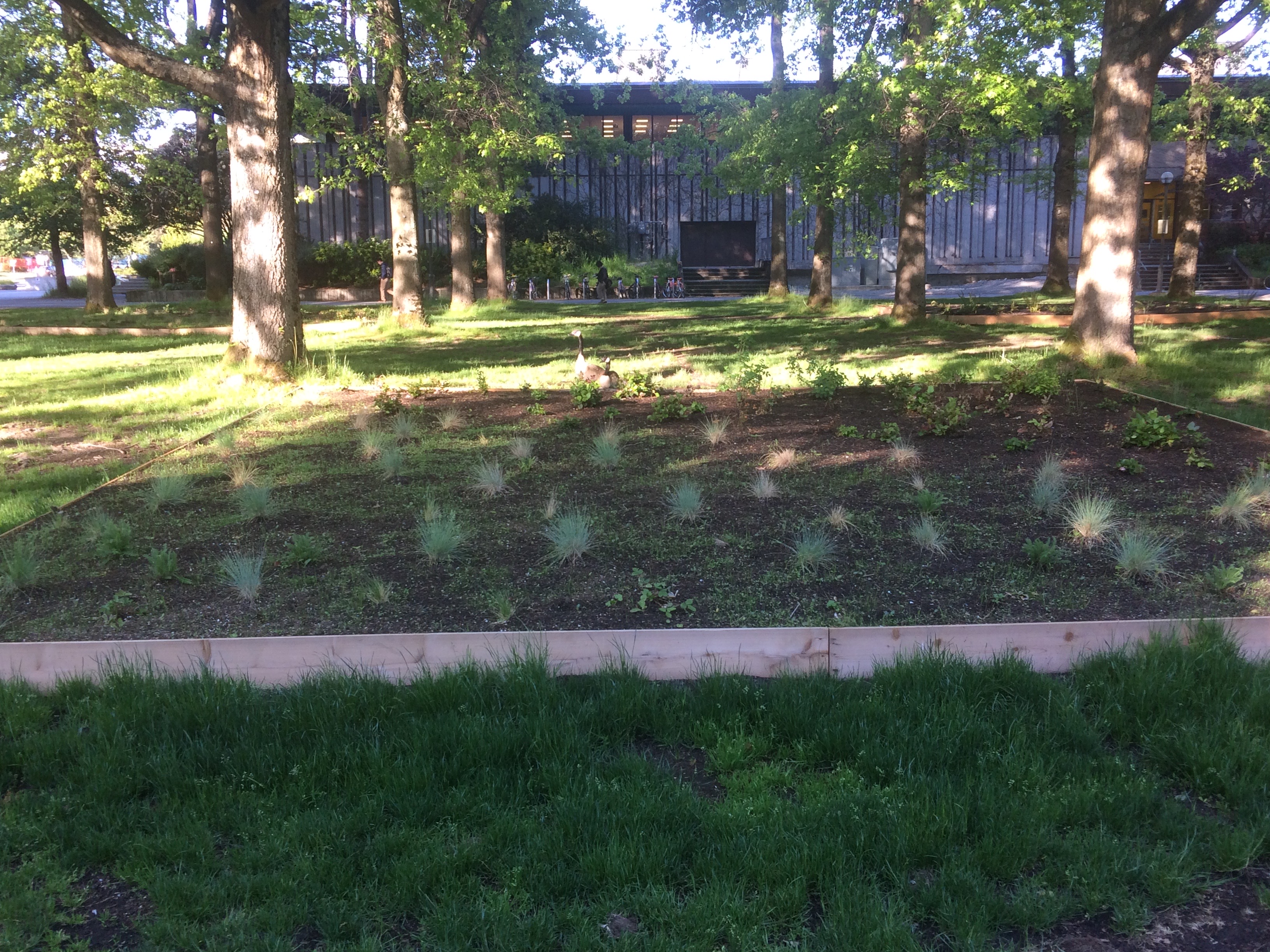 But Menzies argued that this kind of ecological repair is not enough to make up for the loss of eight mature oaks.

“What we’re not looking at is the cumulative effects of this kind of incrementalism. So, each year, six [trees] there, two there — individually that’s nothing, but when you start adding them up, it’s a serious impact,” said Menzies.

“It’s too easy to say, okay it doesn't work. Let's just take it down,” said Konijnendijk. “The fact remains that ... with [the removal of] these big trees, you lose all the benefits that these trees provide.”

This article was updated to correct the Twitter handle of @BosqueUbc.

This article has been updated to include a statement from the Arts Undergraduate Society released Friday, May 24, at 8:25 p.m.

This article has been updated to include a statement from UBC Administration released Sunday, May 26 at 1:09 p.m.