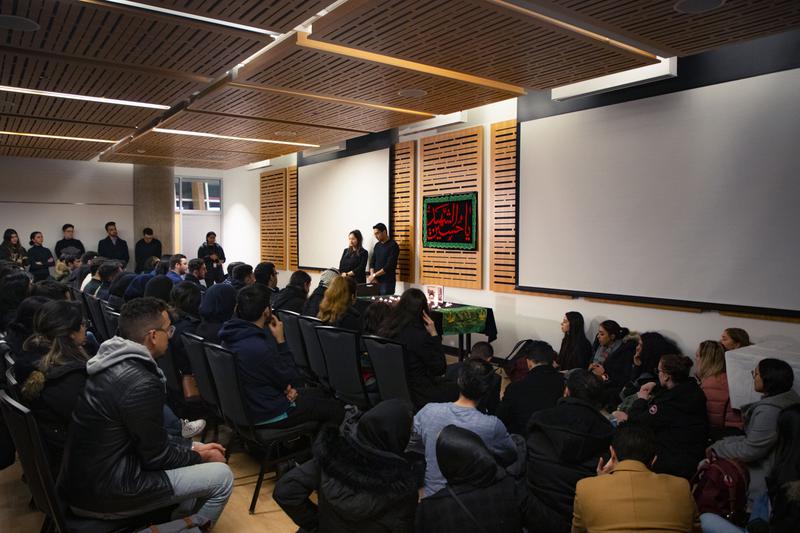 On Thursday evening, UBC students and community members gathered to remember former UBC students Mohammad and Zeynab Asadi Lari. The siblings died aboard the Ukrainian International Airlines (UIA) flight 752 in Iran, which crashed shortly after takeoff from Tehran on January 8.

Hosted on the second floor of the Nest by the Thaqalayn Muslim Association UBC (TMA UBC), the vigil drew about 75 friends and community members who packed in to pay tribute.

Mohammad graduated from UBC in 2018 with an honours bachelor degree in cellular, anatomical and physiological sciences. Upon graduation, he moved to Ontario to begin a MD/PhD program at the University of Toronto (U of T).

Over the course of his degree, he oversaw the growth of STEM Fellowship — a science education and outreach non-profit — from a high school science club to a national organization with over 300 executives and ambassadors. He was also instrumental in founding TMA UBC and was involved in a number of other leadership efforts around campus.

In 2018, Mohammad was recognized as one of the UBC Student Leadership Conference’s Faces of Today for his work with STEM Fellowship.

“He wanted to make a lasting impact on the global level, in areas of policy, in areas of accessibility to education, social change, having a more just economy, as well as certain philosophical affiliations and growth of those,” said Soheil Nasseri, a close friend and collaborator of Mohammad’s, after the event.

“... Every single day of his life was busy. From the second he woke up [to] the second he slept, he worked tirelessly to accomplish the goals that he had set.”

Zeynab studied biology at UBC for two years from 2016 to 2018 and transferred to U of T to remain close to her brother. She would have graduated in May 2020 and was hoping to return to UBC for medical school.

“She wanted to follow in her parents’ footsteps and become a doctor and she actually did her MCAT exam this past summer …” said her friend Armita Payombarnia, a fourth-year biology student.

Zeynab, Payombarnia and a third friend who also spoke at the event, Parnian Hosseini, were in the same program together and remained close after Zeynab moved to Toronto.

“[Zeynab would say], ‘At the end of day, when we're adults, we're all actually going to end up together,’” said Payombarnia. “She couldn't stop talking about how much she's looking forward to applying to med school, not for U of T, but also for UBC so we could all be together again.” 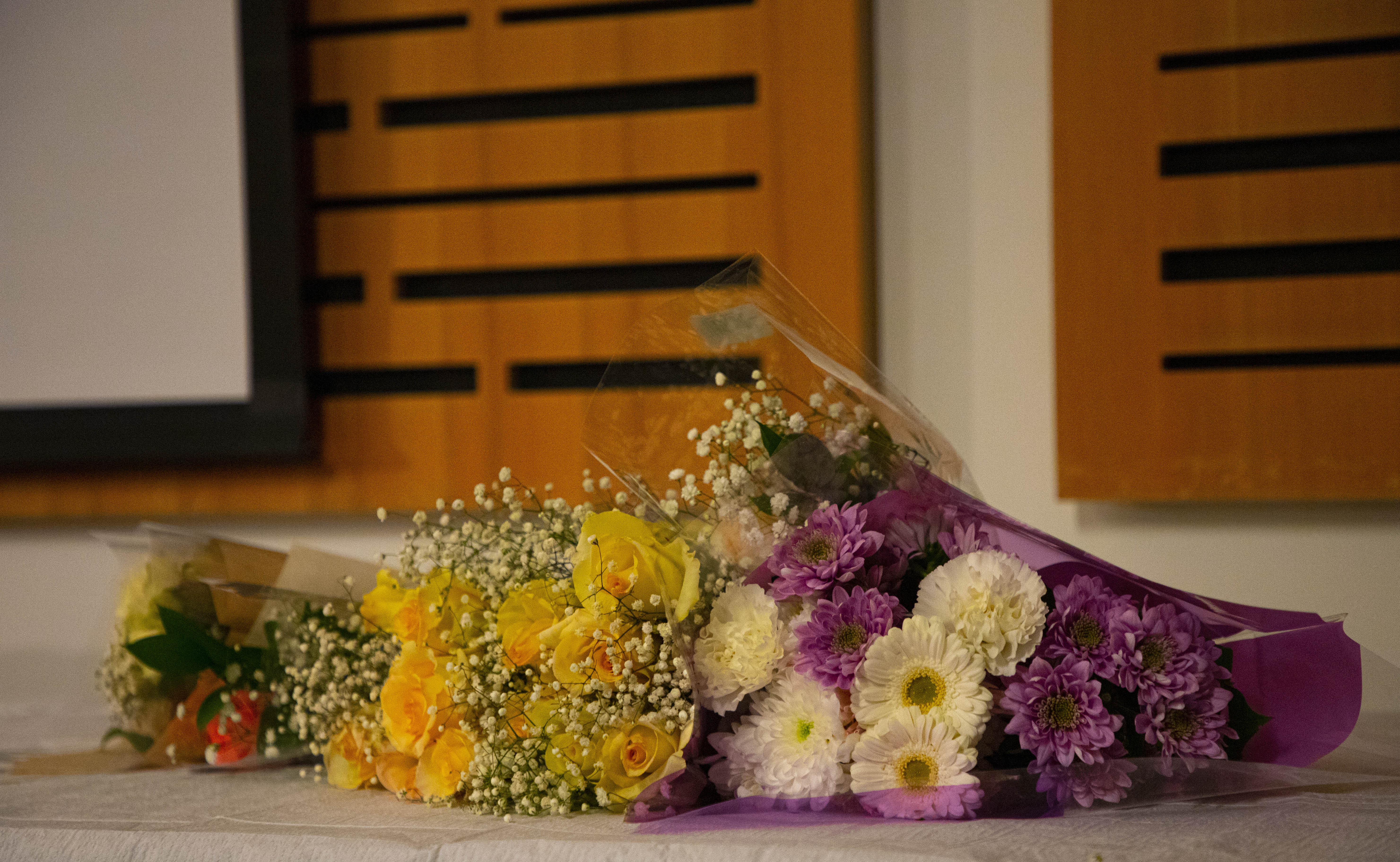 “She was always so joyous and so cheerful, even during the hardest times of our lives.” Elizabeth Wang

The event began with a communal recitation of Surah Fajr from the Quran.

“It specifically relates to one’s past relationship with God once they pass away,” said TMA UBC’s outreach coordinator Parsa Shani. “And it describes the ideal situation where when you pass away, not only is God pleased with you for the life you've led, but you're pleased in God for how you've been treated by him.” A UBC graduate and close friend of Mohammad’s, Shani organized and moderated the vigil.

A TMA member also sang the Surah Ya-sin, an 83-verse chapter of the Quran that “is believed to help with spiritual uplifting of those that have passed,” explained Shani.

After the prayers, six friends spoke in memory of the Asadi Laris. Mohammad was remembered as a leader who was committed to his work and studies, yet always found time for friends and community.

“No matter what the decision was, I knew if I didn't know what to do, I could reach out and day or night he'd get back to me,” said Shani during the vigil.

“Mohammad was too good to be true in every aspect of his life,” said Nasseri after the event. “It is tough to explain how incredibly powerful his character was, the immense amount of fundamental impact he had on those around him and the way he empowered everyone by showing them through his actions and not [only] his words.”

Zeynab’s friends remembered her for her relentless positivity despite the challenges of university.

“She was just one of those people that you immediately knew ... there's something about her that you want in your life,” said Payombarnia. “... She was always so joyous and so cheerful, even during the hardest times of our lives, even when we would come out of a midterm and we were pretty sure we failed.”

After these remarks, TMA UBC played Mohammad’s 2019 TEDx Talk, “Empowering Youth to Think Global but Act Local,” where he told the story of STEM Fellowship’s founding.

Attendees were invited to enjoy refreshments and mingle after the formal program ended. The room remained full for another 45 minutes as people continued to mourn and celebrate Zeynab and Mohammad.