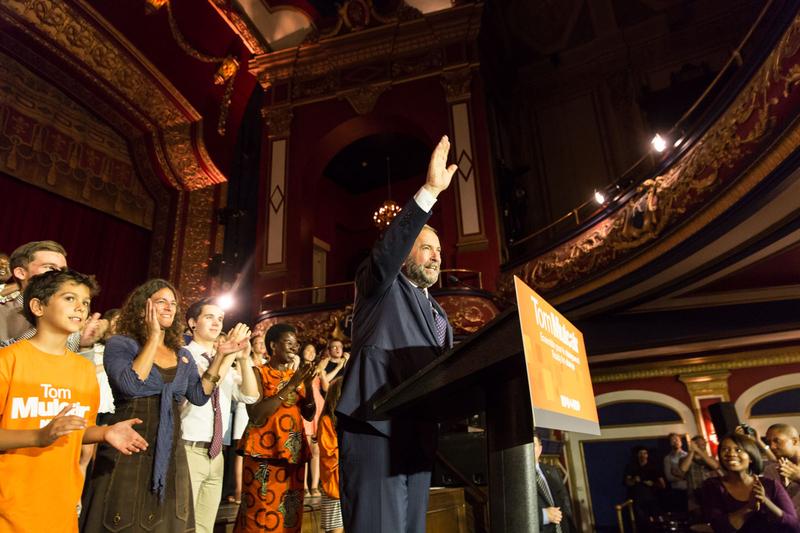 According to the party, this would save the average student about $4,000 while repaying their loans.

The NDP has also pledged to create approximately 74,000 new grants for students – a total investment of around $250 million over four years, with low-income families receiving the most assistance and focus.

“Compared to just making tuition free ... what you want is exactly having enough of a grant system such that people that are coming from different backgrounds, where they have no family support … can be helped to go to university and are not falling into debt,” said Paul Beaudry, economics professor at UBC.

Today, two million Canadians are struggling to manage a collective $20 billion in student loans (a jump of 36 percent since 2006, the NDP claims). Yet tuition keeps rising – last year, almost 425,000 students were forced to take on loans in order to finance their education, according to the Canadian Federation of Students.

“I feel that every student should have the equal opportunity to be able to attend university based on merit rather than financial strength or weaknesses,” said Isabella Tang-Graham, a second-year arts student, when asked about her thoughts on the rising debt of Canadian students.

B.C. students are especially affected. The province’s interest rate on student loans is currently the highest of any in the country — a staggering 2.5 per cent above prime. This interest starts accumulating onto a student’s debt right after they graduate with no grace period like some other provinces.

However, other parties are also realizing that the younger vote is extremely important. They are all creating policies aiming to reach out to youth aged 18 to 24.

Justin Trudeau, party leader for the Liberals, states that if his party gets elected, graduates would not have to begin paying off their student loans until they earn at least $25,000 a year.

Trudeau claims that to financially cope with these changes, he will balance the budget in 2019 after three years of modest deficits. At the same time, Stephen Harper is promising a greater amount of money returned on the dollars that low and middle class families invest into their children’s RESPs.

Each of these plans, no matter how extensive, has an economic feasibility that derives from where this repurposed funding comes from. “A lot of things are feasible,” said Beaudry. “The question is whether it is desirable and who is paying for it.”

Concerning the Conservative Party in particular, Tang-Graham added, “[It seems like] it doesn’t encourage equal opportunity and access for every student regardless of their background.”

While student loan interest rates are not the only platform factor that young people will consider, they are a key component in the financial future of Canada’s students and recent graduates.