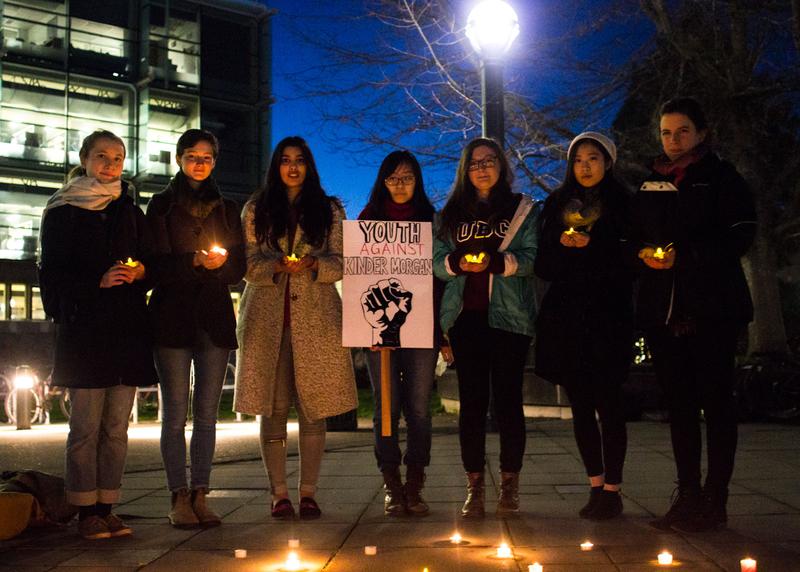 Since their prominent feature in the September 10 protest against the $7.4 billion Kinder Morgan Trans Mountain pipeline expansion, UBC students are now taking part in various ongoing efforts to support First Nations’ court cases against the project.

If the Kinder Morgan expansion project proceeds, the capacity would triple to 890,000 barrels a day, and the number of tankers would increase from 60 to over 400 a day.

In response, UBCC350 — a student-run sustainability group – co-hosted a live-music fundraising event for Pull Together, a campaign that is helping First Nations’ court cases against the project’s approval by the federal government. With admission being by donation, the event raised over $500.

“As a group, we felt that that was the most important priority for us — to support and stand in solidarity with those groups because the legal battles were so costly,” said Anna Howard, events coordinator for UBCC350 and head of the Pull Together fundraiser.

Beside the fundraiser and protest, UBCC350’s other efforts include canvassing, talking about bank divestment and speaking at the Stop Kinder Morgan Flotilla in Cates Park, North Vancouver on October 28.

In the future, the direction seems to be going toward more collaborative efforts like the fundraising event, especially with the creation of the UBC Sustainability Collective.

“All the groups coming together to support one cause is really important to all of us,” Howard said. 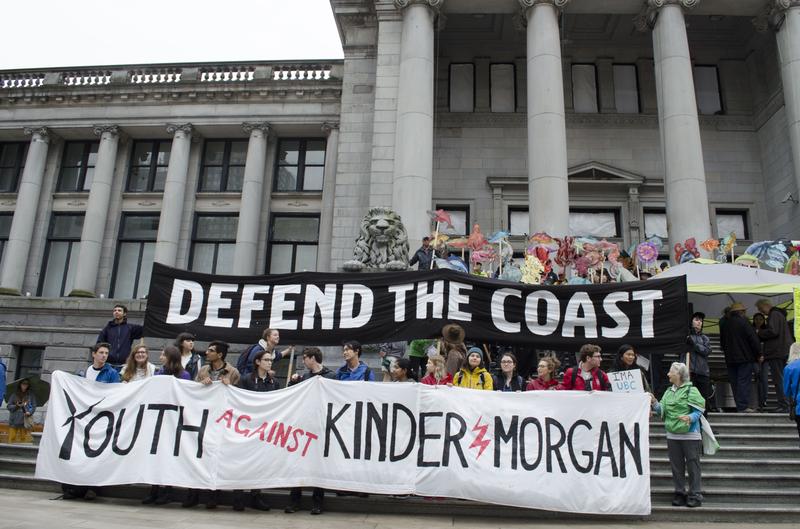 In total, there are 19 court cases with the majority from First Nations groups. Previous use of court cases has led to to the cancellation of the $7.9 billion Enbridge Northern Gateway pipeline project.

Currently, only the Coldwater Nation has won their case in the Federal Court of Appeal. According to Pull Together, the expanded pipeline would impact the two creeks that are not only of “high cultural and spiritual significance,” but also the reserve’s main source of water.

“The court found that the minister of Indigenous Affairs failed to scrutinize a court document from 1952 that explained what’s acceptable policy around First Nations reservations,” said Gabby Doebeli, communications co-ordinator for UBCC350.

“There’s a lot of hope, but [a lot] still needs to be done because they’re already starting construction in the Burrard Inlet.”

For the remaining 18, there is a six-to-eight-month waiting period before the results.

Notably, while the BC NDP government is supporting most court cases against the federal government’s approval of the expansion project via its intervener status, it is defending the other side in the case brought by the Squamish Nations.

This is due to the fact that the new BC government can’t retroactively change the approval made by the previous Liberal administration without losing its influence on the outcome.

Regarding this discrepancy, Doebeli acknowledged the difficult position of the NDP government. Instead, she criticized the federal government for its approval of the project despite advocating for environmentalism and signing international treaties.

“It’s very frustrating when the government that you elected to represent you doesn’t take into account your voice and goes back on its promises,” Doebeli said.