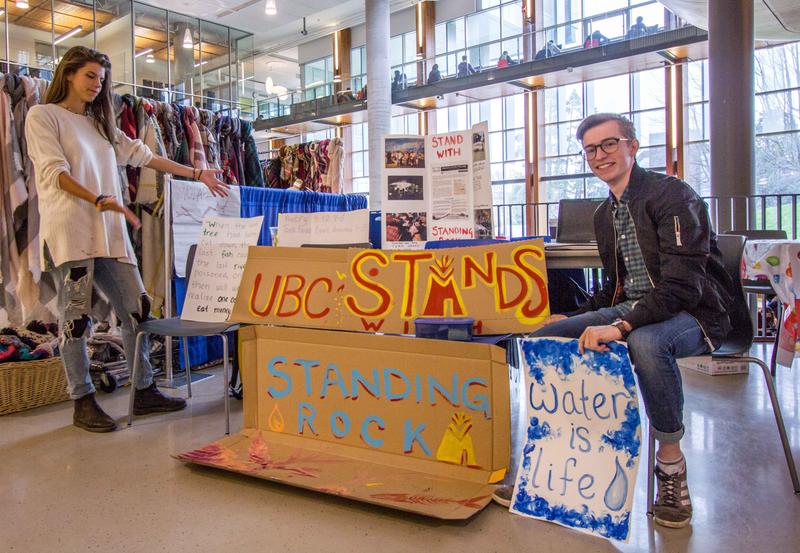 Today and tomorrow on the main floor of the Nest, UBC students have organized a booth to raise money and awareness for Standing Rock through positive displays of resistance. From 10 a.m. to 5 p.m. on these days, the booth will accept donations and pass students wanting to donate clothing and other supplies on to groups that can facilitate donations.

Many students organized the event, but The Ubyssey spoke to the two manning the booth at the time of interview.

“We’re trying to gather attention and some support for the protestors that are on site currently,” said Agnia Ustymengo, a UBC student helping to organize the event. “So we’re doing the most peaceful form of protest — art and poetry.”

“We’re also here to inform people if they have questions,” said Duncan Cooper, another student and organizer of the event. “We feel like it’s something that a lot of people are hearing about ... but essentially, it really feels like something that people aren’t investigating that much.”

Although the Standing Rock protests have been ongoing for eight months, the students have identified the need for this event now, noting the need to water protectors to get additional support as the weather gets colder and police action gets more intense, according to their event page. The protestors have refused to leave despite freezing conditions and an evacuation order issued by the government.

Speaking on why the protest at UBC is an important step, Cooper said, “[People] don’t realize how much it impacts Canadians. Especially in light of the Kinder Morgan Pipeline, for us to connect this to some of the broader issues facing Indigenous people [is so important].”

The students expressed deep concern for the lack of consideration for Indigenous rights that they have seen take place within the Standing Rock situation. 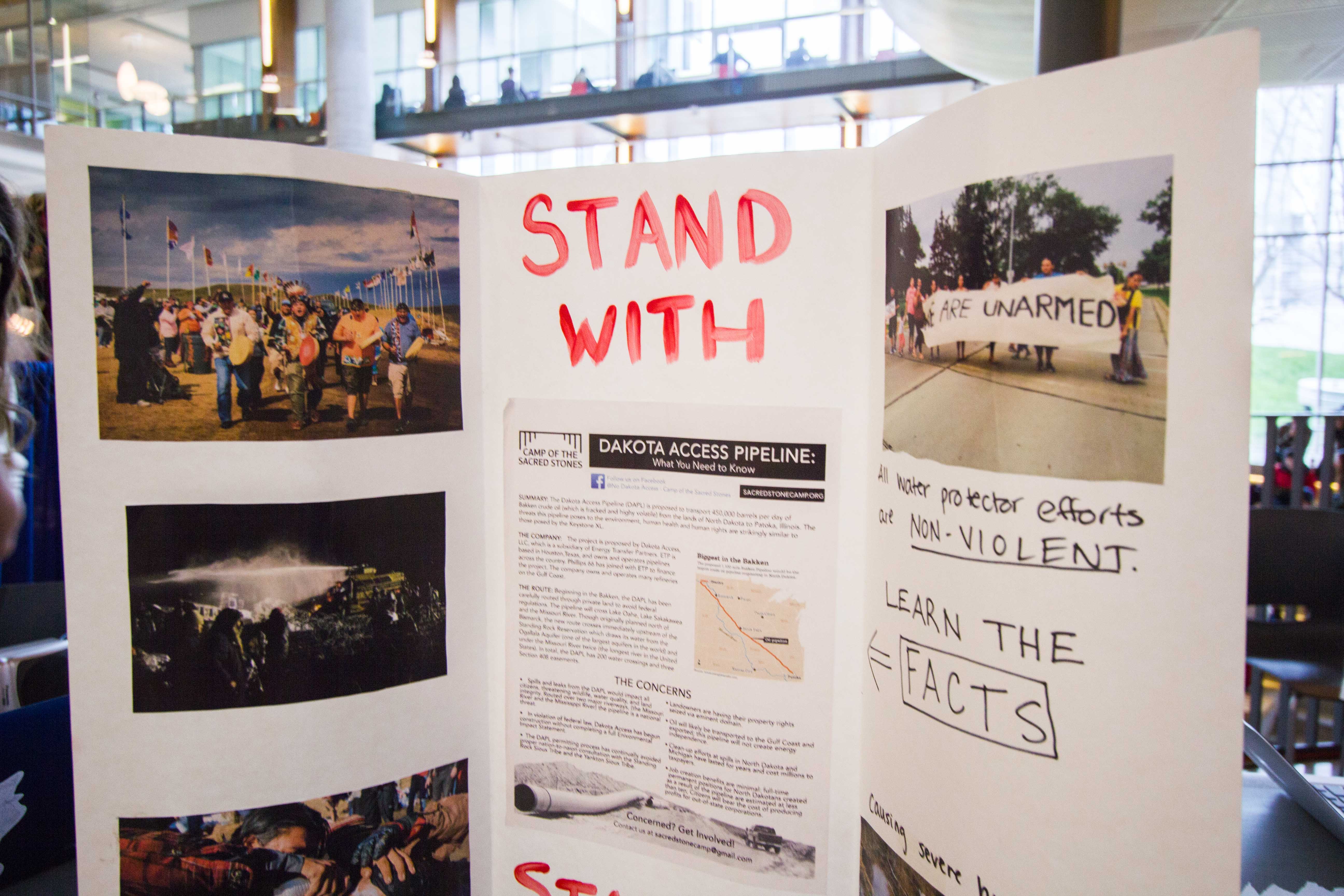 The students aim to educate the UBC community about Standing Rock.

Cooper described the decision to use art as part of the protest as a decision that was made to make the booth approachable and open. Ustymengo is creating figure drawings for people that wish to stand and pose, and then purchase by donation — the funds will go to their cause.

“Regardless of how you feel about the economy or energy production, on a human rights level and even on a legal level, this is a complete violation,” said Cooper.

The students encourage everyone to get involved in some way. They described the reaction from the community so far as being “overwhelmingly positive.”

—With files from Jack Hauen