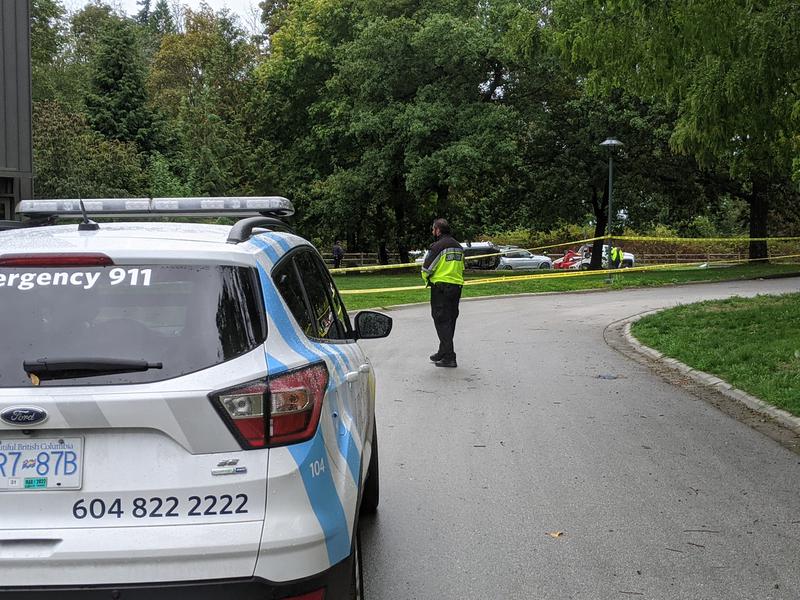 The two identities of the students were not identified by Ono or the RCMP for privacy reasons. Andrew Ha

Two UBC students were killed by a car early this morning on Northwest Marine Drive, UBC President Santa Ono announced in a broadcast.

In a press release published earlier today, the University RCMP reported that it was investigating a single vehicle collision where two pedestrians were hit by the vehicle. The incident occurred at 1:46 a.m near c̓əsnaʔəm house in the Totem Park residence area.

The identities of the two students were not released by Ono nor the RCMP due to family privacy concerns.

The RCMP said that through preliminary investigation, the driver “veered off the side of the road and hit [the students … ] walking on the sidewalk.” The 21-year-old driver was arrested at the scene and was treated at a hospital for minor injuries.

“It is difficult to comprehend and express the enormity of the loss of these two bright and promising young adults,” Ono wrote in the broadcast.

“I know some at UBC particularly students in residence, are just now learning of this terrible incident. I want you to know there are grief and trauma counseling support available to you.”

A full investigation by Integrated Collision Analysis and Reconstruction Service is pending. Speed and alcohol or drug impairment have not been ruled out.

The section of Northwest Marine Drive where the incident took place was blocked off for most of the day.

“I expect more details will emerge in the coming days that may further deepen our sadness,” Ono said of the ongoing investigation.

On Sunday evening, AMS President Cole Evans released a statement on the incident, calling it a “heartbreaking loss of two friends, colleagues, and classmates.”

“After a tragedy like this, it is important that we take care of and look out for each other. You are never alone, and there is a whole community of over 60,000 strong to support you,” he wrote.

The University RCMP are asking witnesses or those with dash-cam footage of the incident to call 604.224.1322.

This is a developing story and will be updated as more information becomes available.