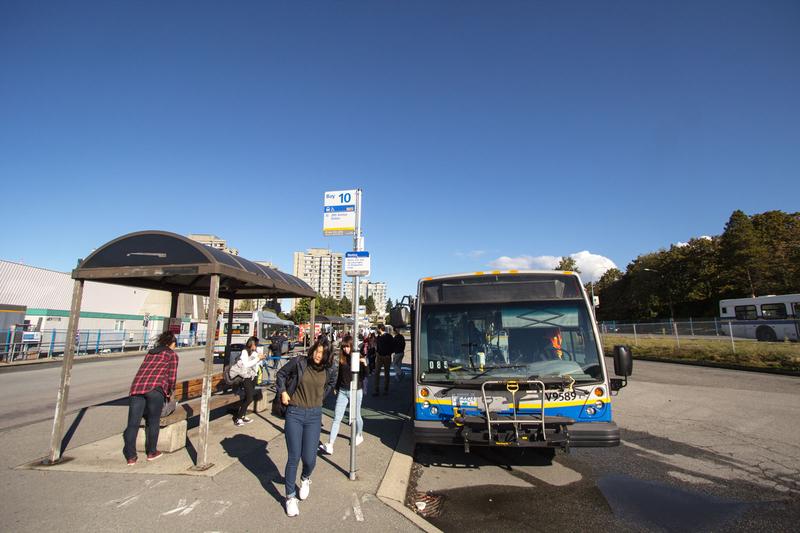 As of Monday, March 6, the UBC bus loop will close, and bus routes will begin pickup and drop-off along Wesbrook Mall according to an announcement from UBC Transportation. Affected routes include the 99 B-Line, 25, 33, 41, 43, 49 and 480. 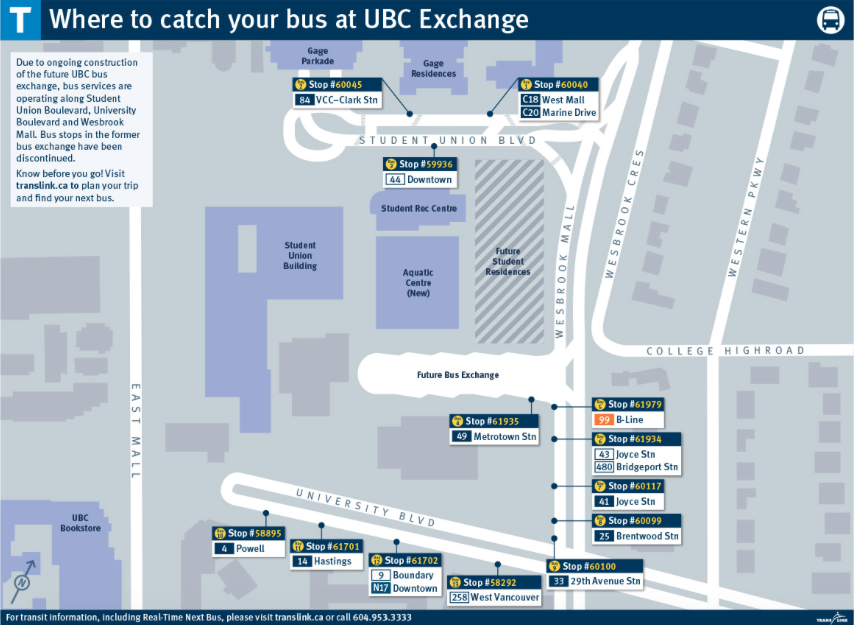 The closing of the bus loop is a result of continued construction on the new UBC Bus Exchange and Gage South Student Residence, the latter of which is slated to be built where the old bus loop is currently by the summer of 2019.

Pedestrian routes in the area will also be affected, with foot traffic access along parts of Student Union Boulevard and Wesbrook Mall to be rerouted beside the Student Recreation Centre (SRC) and the new Aquatic Centre. Access between the AMS Nest and the Aquatic Centre will remain closed.

These changes are illustrated in the map below. 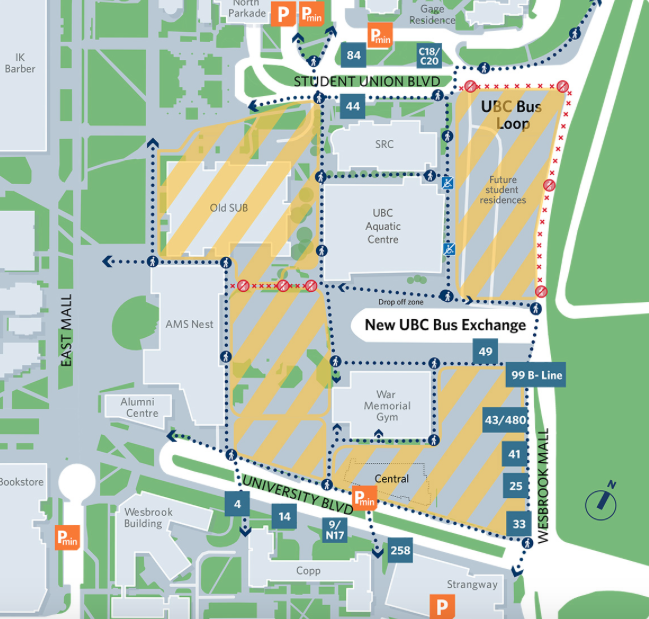 Here’s an overview of where you’ll be able to catch your bus come Monday:

Trolley bus routes 4, 9, 14 and N17 will continue regular service at the University Boulevard bus loop. The 258 bus with express service to West Vancouver will also maintain its current pickup and drop-off service along University Boulevard, directly outside of Shoppers Drugmart.

Transit riders will continue to be able to access these routes by foot via Wesbrook Mall and University Boulevard.

Service by the C18 and C20 community shuttles and TransLink routes 44 and 84 will be unaffected, and will continue along Student Union Boulevard between Walter Gage Residence and the SRC. Pedestrian access to Student Union Boulevard will also remain open, but pedestrians coming from the new bus exchange will need to use the detour which passes by the SRC.