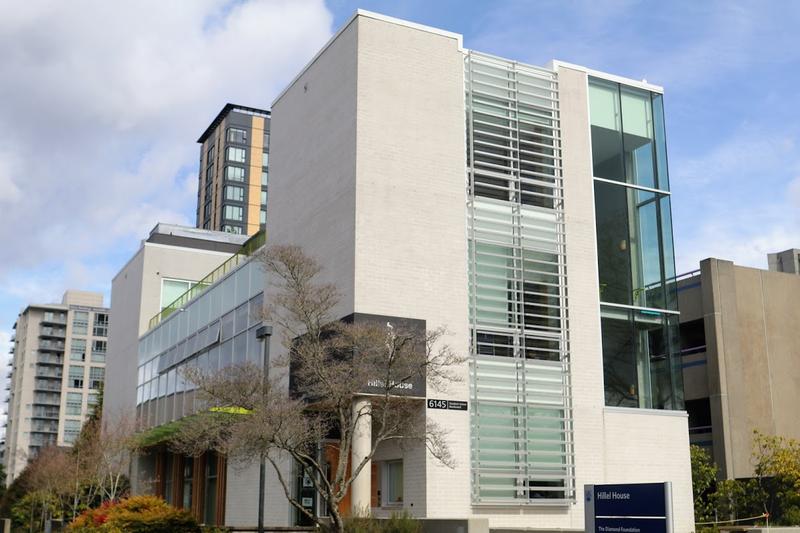 “We’re a space that’s open to the entire UBC community to use and come together in.” Zubair Hirji

UBC is investigating an incident where some faculty members from the department of geography allegedly pressured the Geography Student’s Association (GSA) into canceling a booking for a private event at Hillel BC.

The investigation was launched with Ben Felstein, a Jewish student and former GSA executive, who resigned from the association because of the incident.

At the same time, the department of geography is also facing backlash from the Jewish community. On March 15, the Centre for Israel and Jewish Affairs (CIJA) released a statement and a prewritten letter of concern that people could sign and send to the UBC president, associate VP Equity & Inclusion and the ombudsperson for students.

According to CIJA’s letter, the GSA was pressured into canceling their booking because the political views of some faculty members on Israel. It also cites a definition of antisemitism from the International Holocaust Remembrance Alliance, which states that antisemitism includes “holding Jews collectively responsible for the State of Israel’s policies.”

“The actions of these faculty members violate the moral and legal values of academic freedom and protection from discrimination at UBC,” reads the letter.

“It should be obvious that boycotting Jews simply because of one’s views about Israel is discrimination.”

CIJA’s letter also references Felstein’s resignation, saying that he felt discriminated against as a result of the incident. The Ubyssey has reached out to him for comment, but he declined due to the ongoing investigation.

“Contrary to [our] values of inclusiveness”

Ariela Karmel, the program coordinator at Hillel BC, believes that incident was entirely due to pushback from some geography department’s faculty members and not from the GSA.

“The students [were] the one who originally booked the space in Hillel and [didn’t change it] for a couple of months,” said Karmel. “It was only when the GSA informed the faculty ... that the faculty then said ‘We will not attend if it’s at Hillel.’”

Similar to the CIJA’s letter, she also believes that the faculty members have mischaracterized Hillel BC as being too politically controversial to be an appropriate venue.

“We’re a space that’s open to the entire UBC community to use and come together in,” Karmel said, noting that the location regularly hosts meetings for various organizations such as the UBC’s Chaplains Association.

“This incident and the way these faculty members have conducted themselves, [they are] so contrary to the values of inclusiveness that we have and that this entire campus has.”

But while the Progressive Jewish Alliance UBC (PJA) also “urged the GSA to recognize that Hillel is the physical Jewish space on campus,” they noted that Hillel’s “political positions, such as an opposition to all boycotts of Israel, can alienate other Jewish and non-Jewish organizations and students.”

“We hope that both organizations take this opportunity to engage in genuine dialogue around the complexity of politics and place,” reads the PJA’s Facebook post.

Regarding the university’s current investigation, she thinks that it will be critical for discouraging future cases of antisemitism and other forms of discrimination on campus. In particular, she looks forward to a statement condemning the incident in alignment with UBC’s discrimination and harassment policy.

“I think that this will kind of be a watershed moment — how [UBC] will handle this incident,” said Karmel.

“I have every faith in the university that the investigation will be carried out properly ... but it would be very disappointing and it would normalize the idea that Jewish spaces can be boycotted on this campus, if that investigation proved fruitless and if it didn’t bring about any real results.”

The Ubyssey reached out to both the GSA and the geography department for comments, but they both redirected the request toward the faculty of arts’ senior administration and UBC.

“We are aware of concerns that have been expressed by CIJA,” UBC VP External Relations Philip Steenkamp said in an emailed statement, while noting the university’s commitment to a respectful environment and process for investigating complaints of discrimination.

“We are looking into this matter and will follow due process to ensure it is appropriately addressed.”