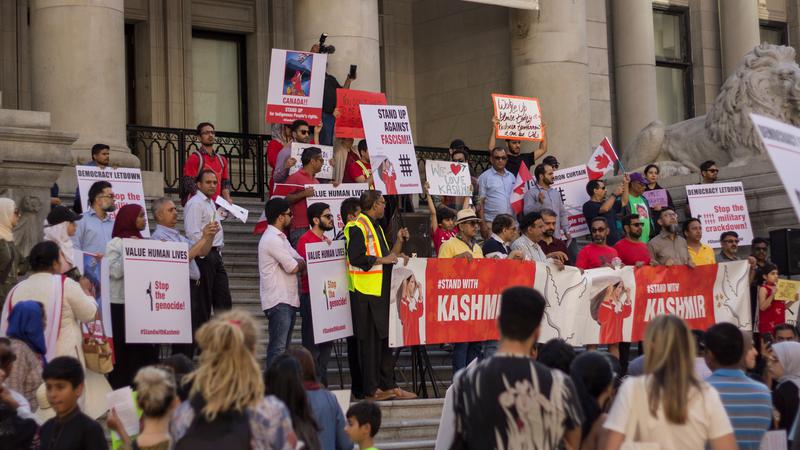 Thursday evening’s protest was spurred on by the Indian government’s recent revocation of Article 370, which had granted Kashmir semi-autonomous status. Shamit Rahman

Hundreds of demonstrators marched from the Indian consulate to the Vancouver Art Gallery in solidarity with residents of occupied Kashmir on August 15 — a date that marked both India’s National Independence Day and the twelfth day of the communications blackout in the region.

Amongst chants of “We want Azadi” or “We want freedom,” Kashmiris took to reciting poetry and prayers, recounting childhood experiences with state violence and expressing anguish over loved ones trapped within the blockade.

Thursday evening’s protest was spurred on by the Indian government’s recent revocation of Article 370, which had granted Kashmir semi-autonomous status. This government decision resulted in the addition of 40,000 Indian military troops joining the over 600,000 already present in the region, communications blackouts, detainments of activists and politicians, violence and reports of missing children and persons.

“I haven’t heard my mom’s voice”

Zainab Rauf Tramboo, an event volunteer and third-year international economics student from Kashmir, reflected on how she has been affected. Weeks ago, her biggest concern had only been applying for internships for the upcoming school year.

“It is not uncommon for us — I have had times in the past I was not able to reach my parents for three to four days at a time,” she said.

The disputed territory of Kashmir is claimed by both India and Pakistan, who have overseen semi-autonomous rule in respective spheres of Kashmir after the Partition of 1947 that followed the end of British colonial rule. The Indian government’s recent actions affect only the Indian-administrated area of Jammu and Kashmir, but some fear that the move may increase tensions with Pakistan.

Despite the regional politics at play, organizers and attendees reiterated the event’s distance from politics. 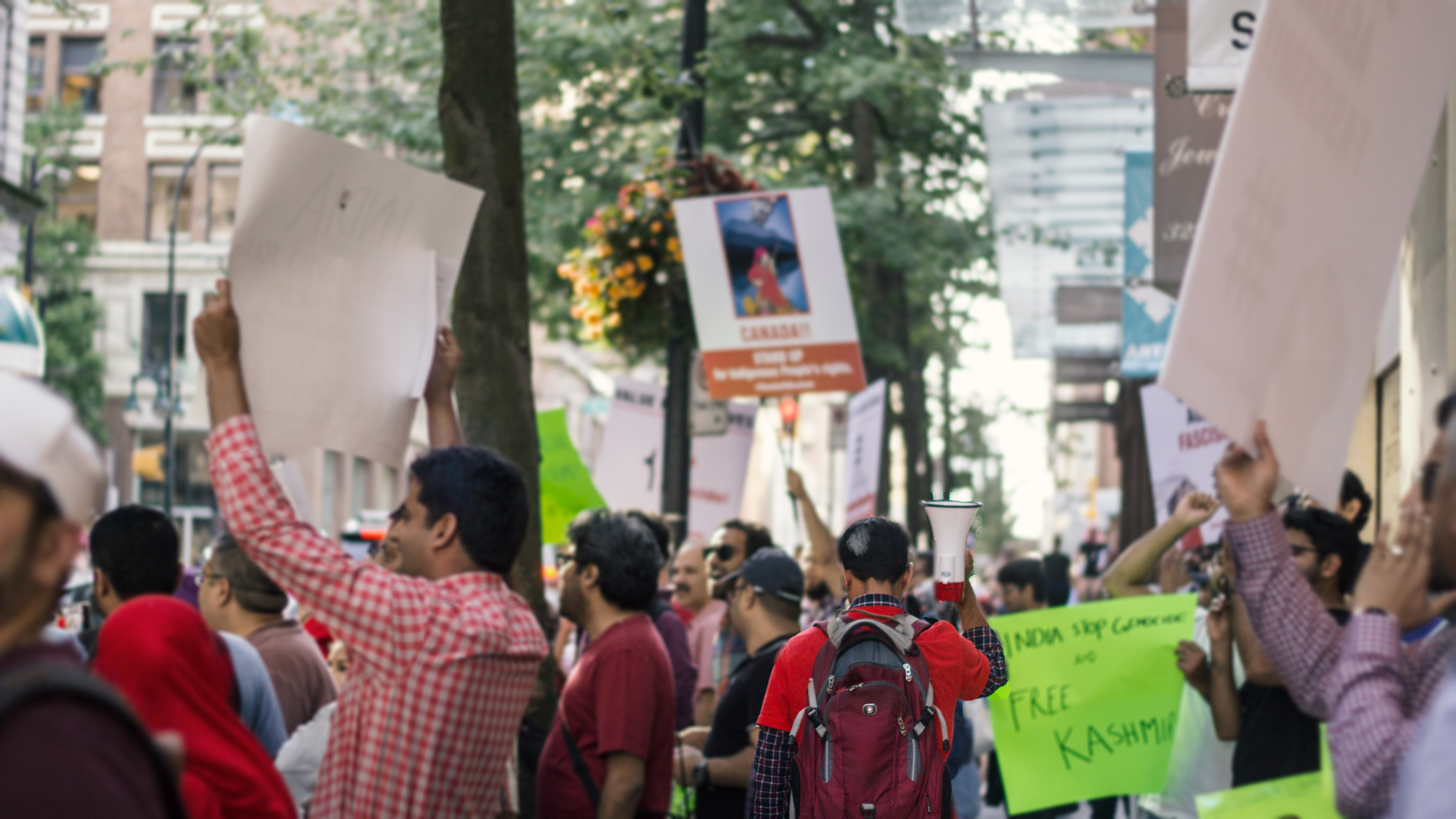 Khan and other community members also implored Canadians to take action by contacting local representatives. Several held signs asking Canadians to stand up for global Indigenous rights, with most signs and banners sporting the hashtag #StandWithKashmir.

While the Indian government’s actions in Kashmir are being celebrated by some, including supporters of Indian Prime Minister Narendra Modi and the Hindu Nationalist Bharatiya Janata Party (BJP) government, not all share this view.

“I’m not here for political reasons. I don’t care what country someone is from,” said third-year international economics students Pulkit Aggarwal. “I care about the human suffering that’s been going on for more than 70 years.”

Incoming first-year student Aida Sanjush echoed similar sentiments. She said that while she has no connection to Kashmir, she believes in standing up for human rights, particularly as many in the Muslim-majority region share her own faith.

Similarly, while demonstrators and speakers of various faiths and backgrounds were present, many lamented that they had not been able to celebrate or get in touch with loved ones during the biannual Islamic holiday of Eid last week.

As the sun began to set, microphones broadcasted the traditional Islamic call to prayer (the Azaan), intermixing with final chants of “We want Azadi.”