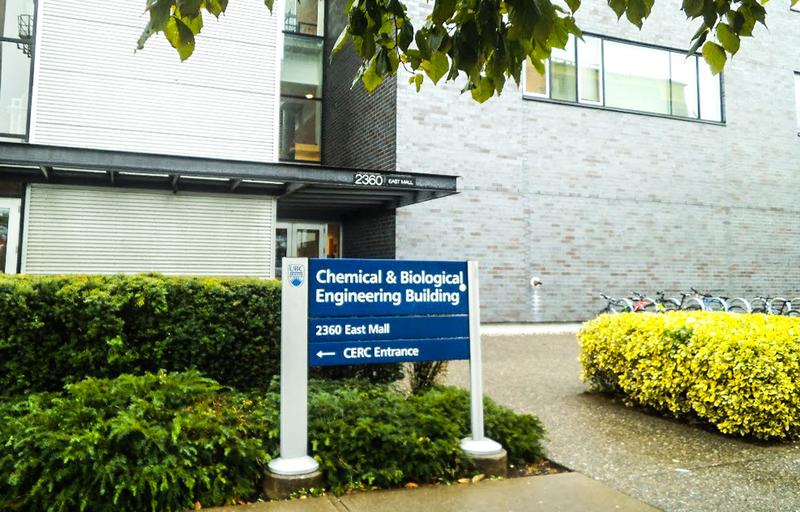 A recurring theme at UBC these days is constant expansion, and it seems that both the faculties of engineering and medicine are no exception to this trend. The two are coming together in cooperation to form a new school of biomedical engineering that could see students entering as early as fall 2017.

The idea has been floating around for the last three years or so, dating back to when Marc Parlange became the dean of the faculty of applied sciences. When he originally came over from the École Polytechnique Fédérale de Lausanne, Parlange was surprised that UBC hadn’t already created an undergraduate division.

“It's been an idea that goes back even some three years ago when I came [to UBC],” said Parlange. “I was wondering why we didn’t have an undergraduate major in biomedical engineering because a lot of research universities of the stature of UBC had already done that. Of course, some of them had already done that 60 years earlier.”

The real discussion, Parlange pointed out, began last year in line with the appointment of Dermot P. Kelleher as the dean of the faculty of medicine. There was also growing interest in starting this program from professors at UBC who hold joint appointments in both engineering and medicine.

In addition to the interest from faculty members, there has been a high level of interest from students. According to Parlange, “the students themselves have been great at organizing themselves — they’ve organized a student team called BEST.”

BEST, or the Biomedical Engineering Student Team, was started back in 2012 with the “goal of designing health-related solutions."

More important than the interest in creating the program is perhaps the actual need for biomedical engineers in Vancouver and more broadly, Canada. Parlange noted that the “knowledge economy of BC is growing” and engineering as a whole is a growing market in Vancouver, with the rise of new start ups and the establishment of other larger firms.

“[The field has] been growing for quite a while around the world and certainly in Vancouver,” said Parlange. “But I’d say one of the key things is professors are doing work in biological engineering at UBC so that really gives us a position of strength. It's not like we’re starting from scratch.”

Elizabeth Croft, associate dean of education and professional development in the faculty of applied sciences, explained how biomedical engineering is the fastest growing sector within engineering across the continent. She explained how there is an estimated need for 100 new engineers in that sector alone every year.

The current plan to financially get this program off the ground, according to Croft, is to have the faculty of applied sciences work jointly with the faculty of medicine and the Office of the Provost to invest in the program and hire new staff. Eventually, Croft hopes to secure provincial funding to help continue building the program.

Other Canadian universities have acted similarly to UBC — McGill recently started its first year of an undergraduate biomedical engineering program this fall. Partnership between UBC and other Canadian schools like McGill and the University of Toronto can be expected, according to Croft and Parlange. Parlange also mentioned the University of Washington as a “very strong biomedical engineering school,” noting that there are plans for partnership between the two institutions as well as with firms in and around the Cascadia corridor.

Faculty involved are hopeful that funding, investment, staff and other variables will all come together in the immediate future and that enrollment will start soon for the new undergraduate program. Croft is hoping that a small group of students will be able to enter year two as early as the first term of next school year.