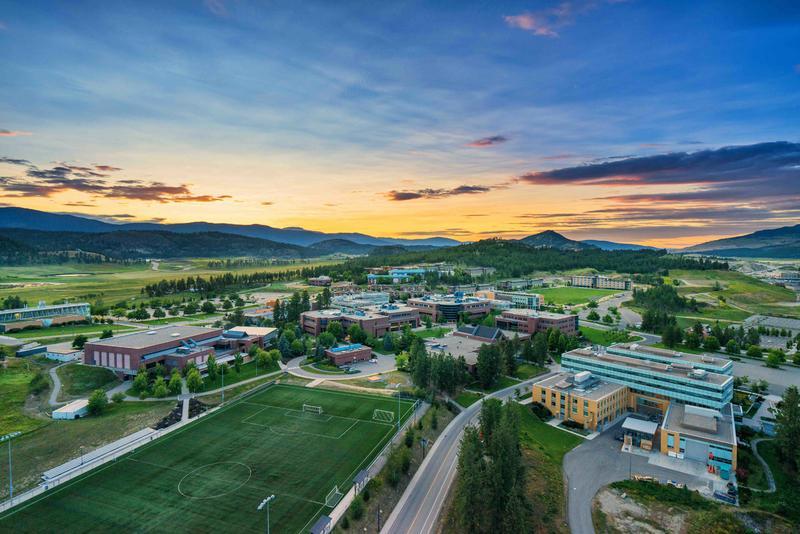 In one sentence of its response to former student Stephanie Hale’s human rights complaint, UBC Okanagan (UBCO) has denied breaching BC Human Rights Code with its handling of her sexual assault report.

Instead, the bulk of the university’s document consists of arguments for the tribunal to dismiss the majority of Hale’s allegations due to the untimeliness of their filing.

“I wasn’t surprised — I definitely expected there to be some statements of denial and I was right about that,” Hale said. “But at the same time, it is so painful to read and it hurts me personally.”

Hale’s complaint outlines a four-year timeline of events that started on January 12, 2013 with a case of sexual assault by alleged assailant Ethan Palmiere, who was an engineering student in her cohort but is now no longer a student at UBCO.

On January 19, 2013, Hale disclosed the assault to a residence advisor and then other staff of the university in the following months. It was not until February 2016 that Hale was directed to UBC Vancouver Equity and Inclusion Office, which informed her of the ability to pursue a complaint through the non-academic misconduct process.

“To do the [non-academic misconduct] trial without me in attendance was really inappropriate,” she said in a previous interview with The Ubyssey.

Throughout this timeline, Hale alleged that UBCO has discriminated against her by mishandling her reports of sexual assault and harassment, which she largely attributed to the university’s lack of appropriate policy and procedure.

Overall, her complaint argues that allegations from the full four-year timeline should be accepted by the tribunal for assessment because they represent a continuing contravention — a series of separate acts that create similar discriminatory effects. Since UBCO’s non-academic misconduct investigation into Palmiere reached a conclusion in March 2017, the last contravention also occurred within the required six-month timeframe of the complaint’s filing.

UBCO disputed Hale’s claim of a continuing contravention by arguing that there were not only “significant gaps in time” but also “substantial [differences] in nature” between her allegations of the university’s handling of her sexual assault report before and after February 2016.

“UBCO says that [only February 2016 and forward] is the appropriate time frame for the Tribunal to consider the Complainant’s allegations regarding UBCO’s processes with respect to Mr. Palmiere,” reads the university’s response.

Hale believes that it is necessary for the tribunal to have access to the allegations prior to February 2016 due to her exposure to harm at the time.

“To think about everything that happened between January 2013 and essentially February 2016 and say that there was no wrongdoing on their part, I thought that was really wrong to say,” she said.

“If no wrongdoing has been done then I wouldn’t have had hundreds upon hundreds of interactions with [Palmiere] in class — I was definitely accumulating harm from that and it’s wrongdoing for sure.”

The case for public interest

Still, under the human rights code, it is possible for all parts of a late complaint to be accepted if it’s in the public interest.

In Hale’s complaint, the case for public interest rests on the prevalence of sexual violence and its disproportional impact on women.

At the same time, it asserts the importance of having appropriate “internal policies, structures, processes and practices” in place to handle reports of sexual violence. This is especially highlighted by the fact that “many members — like students — are in vulnerable circumstances” due to factors like age, financial resources and inexperience.

UBCO once again reiterated the length of gaps within Hale’s timeline and the untimeliness of certain allegations as an argument against accepting a significant portion of her complaint.

The university also claimed that public interest was not sufficiently established in her complaint — certain parts in Hale’s duplicate those in alumna Glynnis Kirchmeier’s human rights complaint against UBC, which also alleges mishandling of sexual assault reports.

“Just because it has been said doesn’t mean it can’t be said again,” said Hale in response.

In conjunction with public interest, a late complaint also requires a lack of substantial prejudice — UBCO must still be able to access evidence and witnesses — to be accepted.

The university stated that this is not possible because Palmiere is no longer a student at UBCO, and another major witness passed away before the complaint was filed.

Hale’s complaint argued that the detailed information about Palmiere would still be available to UBCO because it conducted an investigation into her allegation via the non-academic misconduct process in early 2017. It also stated that other major witnesses are still accessible.

“A huge sense of disappointment and betrayal by UBC”

While Palmiere is also listed as a respondent to her complaint, Hale has not received a response from him.

She has until November 17 to respond to the university’s response. One tribunal member will then go over all the documents from the different sides before accepting or denying her complaint, a process that Hale expects to take “a number of months.”

“There’s a huge sense of disappointment and betrayal by UBC and it’s just getting more and more ingrained at this point,” she said. “I’m really hoping that this complaint will get accepted — that would be very validating.”

UBCO was unable to comment on the specifics of its response to Hale’s human rights complaint due to privacy law.