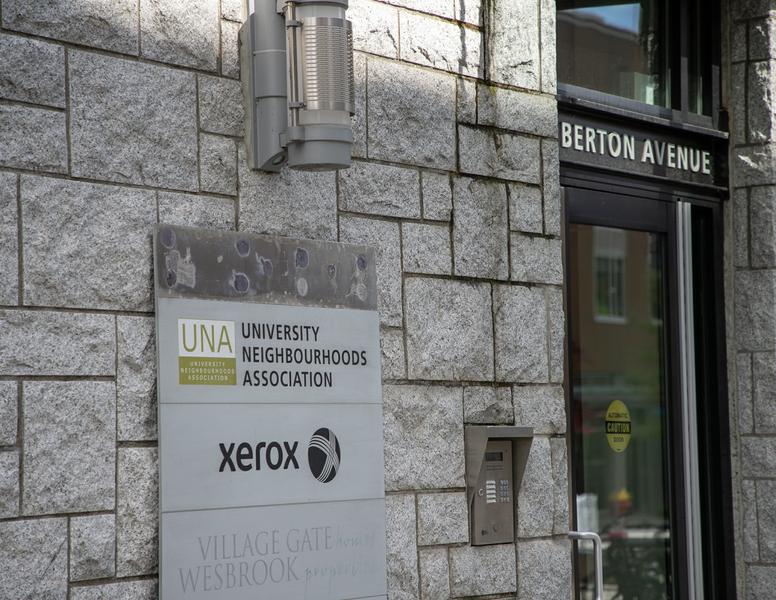 After ten hours of mediation with UBC acting as a third party facilitator, the University Neighbourhoods Association (UNA) and the AMS reached a consensus on the revised Memorandum of Understanding, later ratified by the AMS on July 15.

AMS President Cole Evans said he believed “both parties were happy with the outcome.”

“At the AMS we are positive that the structure that we were able to negotiate ... definitely ensured that [the] student voice [will be] well heard at all levels of the UNA and make sure that the UNA is held accountable,” he said.

Conflict began last June when the UNA proposed a change that would remove AMS voting rights on the UNA board and change the term of board members from two years to three, a change the AMS worried would act as a barrier for upper-year students who wished to hold the position.

Similar to a municipality, the UNA is responsible for a wide array of local services all of which take place on the unincorporated University Endowment Lands. The endowment lands are not a part of the City of Vancouver, and despite its permanent population of over 16,000, about 2,750 of which are between the ages of 20-24 (not including temporary residents), the lands are not governed by municipal representatives.

The revised memorandum has a host of changes. To begin, a clause was added which would allow the AMS to appoint a new representative if the previous appointee resigned before their three-year term expires and more than seven months remain before the next AMS election. This change maintains an increase from two years to three as proposed by the UNA but addresses the AMS’s concerns over barriers to potential upper-year student representatives.

No voting rights for AMS representative

Furthermore, the revised agreement allows for an AMS representative to sit on the UNA board under an “ex officio” status. The agreement maintains that this representative does not have voting rights on the board, despite this being a central reason for mediation.

Evans called the issue of a voting seat a “non-starter.”

“[The AMS] focused on how we can ensure students are well represented in other areas as well as making sure that we are fostering a positive relationship with the UNA so ... that we are able to work collaboratively with [them] ... as opposed to having an antagonistic relationship which may ultimately harm progress on student interest on this campus,” Evans said.

According to the UNA Chief Administrative Officer Sundance Topham, the association’s reluctance to grant representative voting rights applied to all appointed positions, not just the AMS’s.

“UBC appointed directors were [also] no longer on [the board] so it wasn't geared towards students in particular it was geared towards a fully elected board” he said.

In a written statement to The Ubyssey, Elected Resident Director of the UNA Richard Watson suggested the changes were largely positive and advantageous for the AMS.

“[The AMS representative] will be able to bring forth issues, propose motions and speak for the AMS without having the fiduciary burdens that require an elected director to act in the best interests of the UNA,” he wrote.

The ‘best outcome’ for students

A third change granted the AMS the right to appoint a student to vote in UNA working groups. When questioned on the efficacy of these groups, and how greatly the results were altered by the board, Topham said he couldn't speak extensively on them due to his short tenure at the UNA.

He did cite a recent working group which was “delegated the responsibility to come up with new bylaws.” Topham said that the group was highly collaborative and “really effective [at] bringing forward stuff for review by the UNA membership.”

Finally, the amendment altered the 2020 UNA constitution to recognize “the interests of students as an integral part of the university community” and mandated the creation of joint advisory committees between the UNA and AMS “on issues and opportunities of mutual interests to students and community matters.”

Topham said that the added lens will be significant in the formation of new policy.

The impact to students of switching the AMS representative to an ex officio status is yet to be seen. According to Evans, the significance of the AMS vote has been nominal in the past.

“To my knowledge that one vote has not been super consequential in the affairs at the UNA … it's only one vote out of eight seats so it's not necessarily like it’s a whole voting block,” he said, reiterating his belief the negotiations proved beneficial for UBC students.

“[The AMS was] able to reach an outcome that, given the circumstances, was the best outcome for students.”