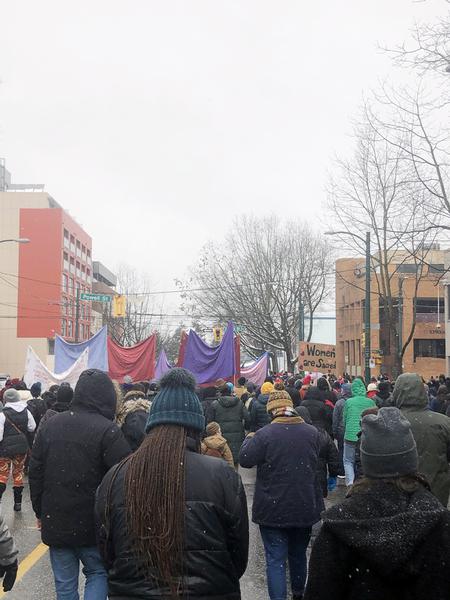 2021 marks the 30th consecutive year of the march. Tina Yong

Content warning: This article mentions violence and abuse against Indigenous women which may be disturbing to readers.

Neither the pandemic nor the snow stopped participants from attending the annual Women’s Memorial March on Sunday in downtown Vancouver to memorialize missing and murdered women.

The event began in 1992 as a way to commemorate an Indigenous woman who was murdered on Powell Street. Since then, families, activists and community members have gathered in the area to honour missing and murdered women each year on Valentine’s Day.

2021 marks the 30th consecutive year of the march.

“The February 14th Women’s Memorial March is an opportunity to come together to grieve the loss of our beloved sisters, remember the women who are still missing and to dedicate ourselves to justice,” read the event’s Facebook page.

Before the march, family members gave emotional speeches about their mothers, sisters and daughters, some of whom remain missing to this day.

The march started on Main Street and made its way through the Downtown Eastside accompanied by the faint sound of drumming and the smell of burning sage, making several stops along the way to mark places where victims were last seen.

While the march had drawn thousands in the past, crowds were far thinner this year due to the pandemic. The event was livestreamed on Facebook while masks and physical distancing were required for those who attended in person. 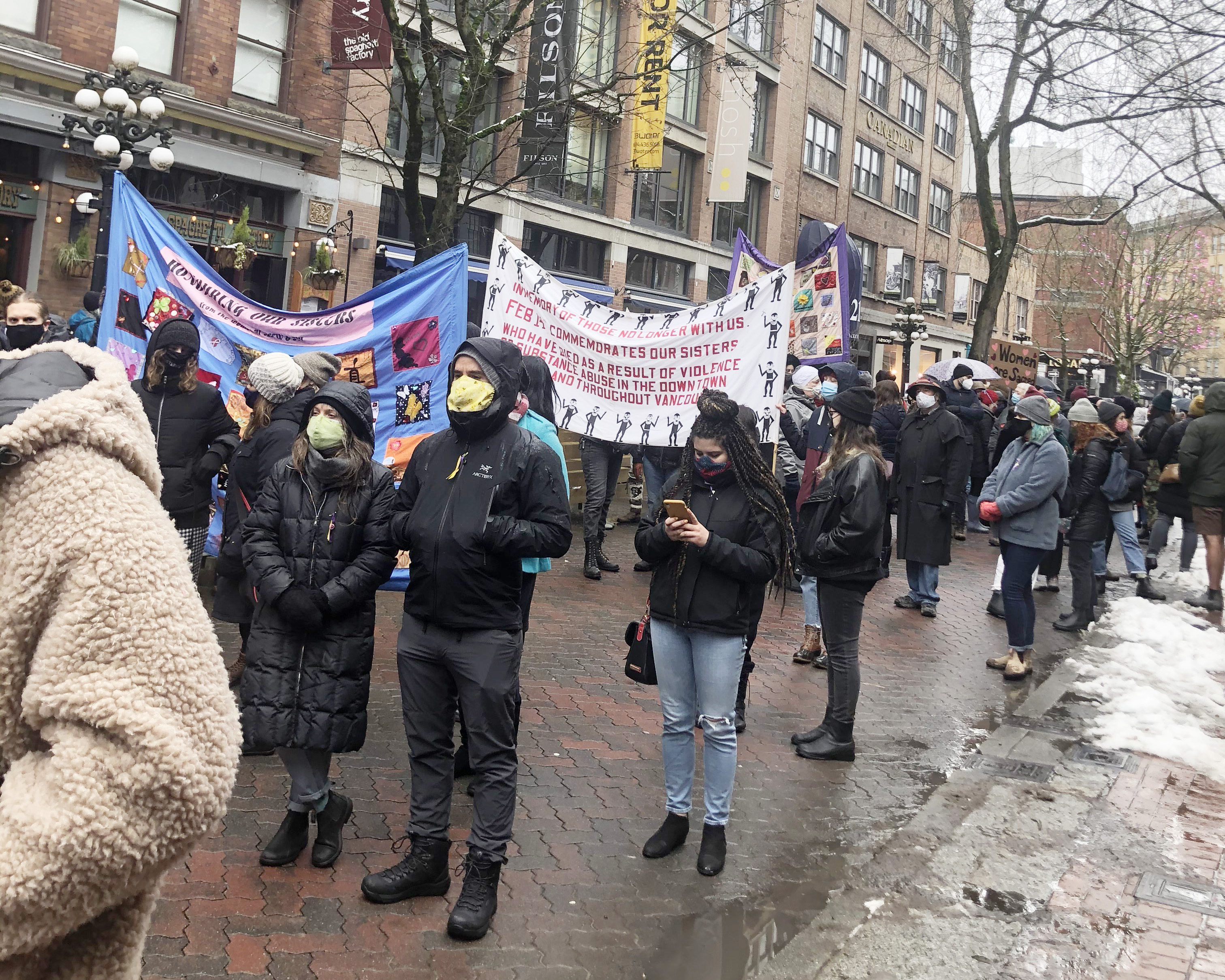 Some estimates put the number of Indigenous women who have been murdered or disappeared in the past several decades at 4,000, but the true number is unknown. A national inquiry concluded in 2019 that disproportionate rates of disappearances and murders of Indigenous women constitute a “Canadian genocide.”

The Downtown Eastside has been seen as a microcosm of the systemic violence many Indigenous women face, with symptoms such as food insecurity, overcrowding and lack of support from institutions. A report by the Downtown Eastside Women’s Center also linked these problems to “an infrastructure of gendered colonial violence,” including practices like child separation and the removal of status.

The COVID-19 pandemic has exacerbated the rates of abuse against Indigenous women. A national survey found that nearly one in five Indigenous women reported surviving violence during the first three months of the pandemic.

Part of the march organizers’ call to action is for the provincial and federal governments to increase action on finding missing women. Many have pointed to the RCMP’s failure to address the alarming rates of violence against Indigenous communities and documented cases of police abuse.

Juanita Desjarlais, an organizer, told Global News that if someone were to go missing in the West End of Vancouver, police would deploy a considerable number of officers and conduct a “thorough investigation.”

“And when a woman is murdered or somebody is murdered here in the Downtown Eastside or an Indigenous woman, there’s not a great response,” Desjarlais said.