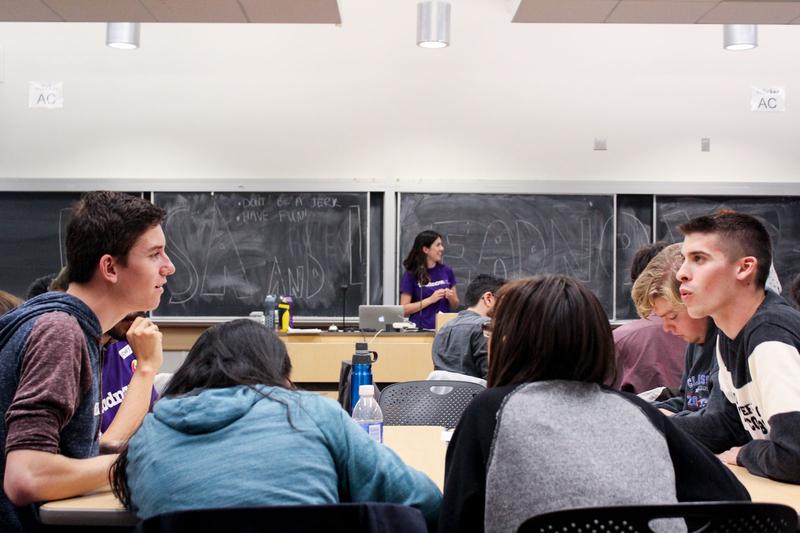 The response sheets from the event were forwarded to the federal government’s Electoral Reform Committee on Wednesday.

“This event is essentially an attempt to get youth engaged in what’s happening right now with the committee going around Canada,” said event director Sarah Saeed. “They aren’t doing very much in terms of getting youth opinions and we’re just trying to get more youth involved in the discussion.”

The town hall began with a speech by guest speaker Audrey Siegl, leader of the Musqueam First Nation and candidate for Vancouver City Council in 2014.

After the introduction, a lecture was given in order to inform participants about the different types of voting systems.

“We didn’t expect everyone to know exactly what it was we were proposing,” said Saeed. “Proportional representation and first-past-the-post are very technical political science terms so we did decide to do a lecture portion just so if you didn’t have a background in [political science] and you didn’t know about the systems, you would have at least a little bit of the gist of it.”

Participants were organized into small groups to discuss the response sheet questions. The three questions that were posed asked for opinions on the current voting system, how it could be improved and whether the voting age should be lowered to 16.

“It’s a platform for [people] to give their opinions. Everything they said, everything they wrote down is going directly to the committee so it’s a great opportunity to get their voices heard," said Saeed.

Saeed, the PSSA and Leadnow hope their work will influence the Electoral Reform Committee to consider the ideas and opinions put forth by their participants on Tuesday night.