Ask Pawan: My boyfriend is a pillow hogger 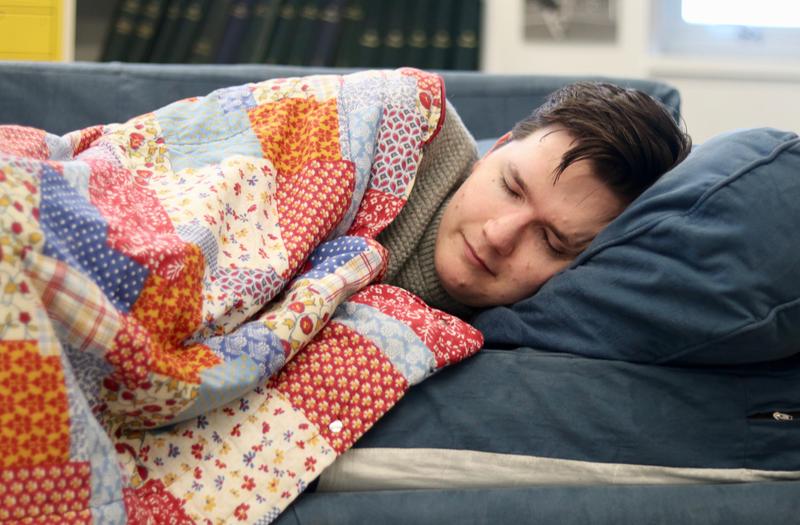 With Valentine’s Day right around the corner, cuffing season is in full swing — and accompanying this special time are those pesky dilemmas that pop up quicker than midterms.

Here at Ask Pawan, we encourage you to anonymously send in any events in your dating life — or lack thereof — that trouble you, so we can try to turn your #RelationshipTrolls into #RelationshipGoals.

My boyfriend only sleeps with one pillow on his bed and because he's quite a particular sleeper, this means I'm often left without any pillow to lie on. I've tried to bring it up to him, but he doesn't think it's a serious problem. Please help me!”

There’s something to be admired about the utilitarian sleepers among us who possess the uncanny ability to sleep with minimal apparel, foregoing creature comforts like multiple pillows and high thread counts.

Personally, I don’t yet know if an upper limit to pillow availability exists. My advice would be to try to approach this from a different angle and get him to see things from your perspective, where you’re giving up eight long hours of comfort and crucial REM sleep for this aspect of your relationship that is easily amended with a trip to Walmart.

When it comes to any relationship, romantic or otherwise, there’s always going to be a kind of tug-o’-war between the two people regarding the quirks that don’t quite mesh. This is a great example of a relatively small inconsistency you can use to practice compromise so that, when a disagreement crops up later, both of you have a good example of conflict resolution — and a good night’s sleep — to fall back on.

I like this guy, but he has a girlfriend and they seem strong. I don't really know what to do, because we're friends and I don't want to upset that and I really don't want to break up a happy couple just because I'm in love with him. I'm fairly close to his girlfriend (we all get lunch once a week together with some other friends) so I think even if they broke up for other reasons, I don't think we would work out. Help?”

First off, it seems to me that you have a very good grasp of the situation and the factors that would go into a complex situation like this. Coming along with your accounting of the facts, however, is also the outcome that you’ve probably considered but might not be hoping for: you have to get over him.

At a certain point in any relationship, especially in the seemingly asymmetrical one you’ve found yourself in, you have to take a step back and think about what you’ve put in versus what you’ve gotten in return, and try to see if you’re happy with that.

If you’re more emotionally invested than the other person, there’s most likely going to be a disconnect between you two that, if left unresolved, can lead to a falling out that hurts everyone. It may take some time and distance to get your feelings accounted for, but if you get them grounded in the same practicality with which you’ve examined your situation, you can come out with a renewed idea of what your values are and how you find satisfaction in relationships.

Looking for advice? Submit your questions anonymously to Pawan with advice@ubyssey.ca or ubyssey.ca/advice and they could be in the next print issue!