Op-Ed: Get vaccinated this flu season 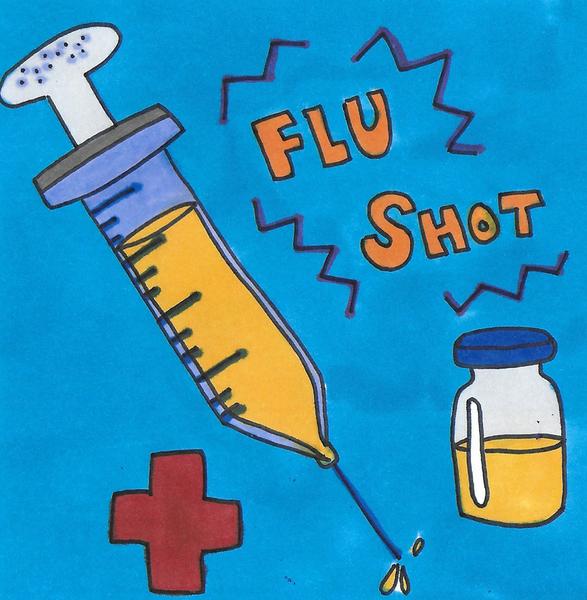 Try not to think about how many people grabbed that same hand rail next time you’re on the 99. Olivia Johnson

The beginning of fall always brings a predictable set of changes. Leaves start to change color, temperatures begin to cool, the drizzle makes begins to make its unwelcome return and we start being inundated with warnings about that infamous malady: the flu.

Among such warnings are posters that pop up all over campus featuring a deeply unsettling insect-like creature asking the thankfully-rhetorical question, “Who wants a hug from a bug?” The poster’s answer to avoiding that horrifying hypothetical is simple — just get your flu shot!

While the remedy is simple, however, those creepy posters are going up for a reason. By and large, university students are terrible at following their advice. A 2012 study in the US found that a dismal eight per cent of university students got their flu shot during the 2011 flu season, while the US Office of Disease Prevention and Health promotion is targeting a vaccination rate of 70 per cent.

“Big deal,” you might say, “I can deal with a couple of days of a fever and a cough, why do I need to get a shot?” Even if you “never get the flu,” or are thinking about rolling the dice and dealing with the symptoms if they come, you should still get the shot for everyone else’s sake.

Vaccines don’t just inoculate you against the effects of an illness — but when enough people get them, they help protect other vulnerable members of a community through what’s called herd immunity.

The basic idea behind herd immunity is simple; when you are vaccinated against a virus like the flu, you won’t get sick and pass the virus on if you come into contact with someone who’s sick. The more people who are vaccinated, the more people there are who won’t spread the virus. When a lot of members of a community won’t pass along a sickness, that sickness won’t spread to the extent it would otherwise.

The idea is a little like the idea behind the watertight compartments on ships. By sealing off compartments that are filling with water, you can keep the water from spreading to the rest of the ship.

Herd immunity is important for protecting vulnerable individuals like infants, who are too young to receive vaccines, or the elderly, who don’t get the same kind of protection from vaccines. It’s also especially important in tightly-knit communities like universities.

At university, we share the same work and study spaces with thousands of other people. If you live in res, you’re also eating, cooking and sleeping around many of your peers. Commuters travel on some of the most crowded bus and train lines in the city to get to and from campus each day — try not to think about how many people grabbed that same hand rail next time you’re on the 99. The opportunities for interacting with someone who’s sick are bountiful.

That high degree of interconnectedness is why it’s so important to get vaccinated this flu season. If more people get a vaccine, fewer people will be at risk for passing the virus along and getting others sick — you can contract and spread the virus even if you don’t present symptoms.

Getting vaccinated is easy. UBC offers free immunization clinics from October 24 to 26 in the Nest, and many drug stores offer free shots during flu season if you bring your provincial care card.

So this flu season, listen to the pleas of the dead-eyed bug from the poster and get a shot. If enough people do it, we’ll all be better off for it.