Editorial: It sure seems like the AMS doesn’t want you to know what it’s doing

Written by Ubyssey Editorial Board
Nov. 8, 2017 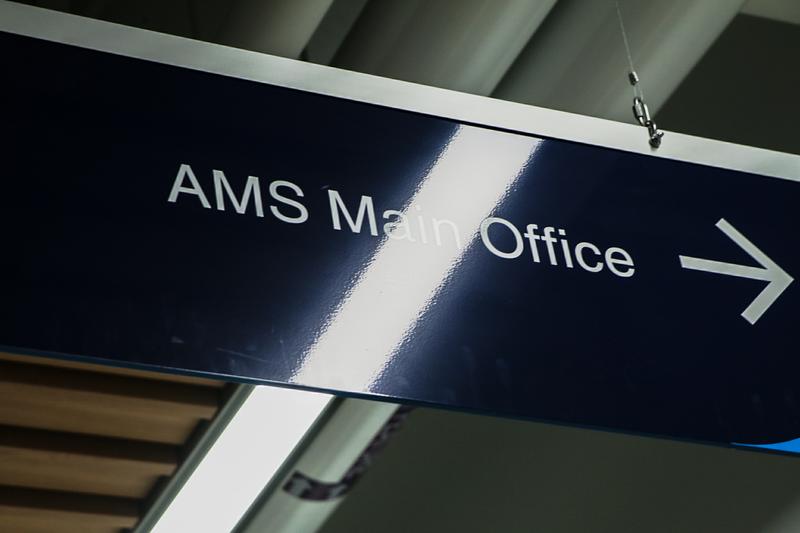 “If the goal is to get information out to the student body more quickly and more successfully then it has been woefully ineffective.” Kate Colenbrander

Over the past several months, the AMS has been overhauling their communications office with the apparent goal of taking it from “kind of slow” to “unbelievably bad.”

During former communications manager Kris Anderson’s tenure, requests for interviews were lobbed to the relevant executives, who dealt with them individually. This year, every request sent for comment was directed to AMS President Alan Ehrenholz, even when he had nothing to do with the subject of the article.

But far from improving the AMS’s communication, the system has so far been lacklustre at best and evasive at worst. If the goal is to get information out to the student body more quickly and more successfully then it has been woefully ineffective.

Every executive reportedly received communications training in mid-October in an effort to streamline response time and have those actually involved speak about their portfolio, according to the AMS. Yet since that training took place executives are still extremely hard to reach.

At the end of September, The Ubyssey met with Ehrenholz, as well as current communications manager Lori McNulty, to discuss how both sides could improve to reach better standards of communication. Since then nothing has improved.

We absolutely understand the hectic nature of the lives of AMS executives — after all, by their own words they “manage all the millions in the budget, and they represent the students of UBC in the media and in negotiations with the University.” (The same AMS web page goes on to invite students to “check the Executive Year in Review for a big list of everything the executives accomplished in 2013-2014.”)

We also understand that student newspapers are lower on the list of importance than bigger outlets. We get it.

But there’s a difference between taking a few hours, or even days, to get back to the only newspaper covering your organization, and actively dodging them.

For example, a Ubyssey writer is currently working on a story about Empower Me, a relatively new phone service that allows students under the AMS Health and Dental Plan to receive 24/7 mental health support. That initial interview request was submitted over three weeks ago. Two additional follow-ups were sent, and the AMS only got back to the writer yesterday.

This situation, while one of the worst, is not unique.

An email to Ehrenholz about several pending interview requests also received no response for four days, nor did a phone call to Ehrenholz’s office during his student office hours. When he did respond, Ehrenholz said multiple requests had been “lost in [his] inbox” or “perhaps … did not send.”

Other interview requests are rarely responded to unless they are re-sent multiple times.

In the media world, deadlines of more than a couple days are uncommon. In a recent reply to a writer asking about the growing number of clubs being rejected, McNulty said the AMS would “decide on our end whether to grant the interview request this week” and that “If [the writer had] an urgent deadline, I would suggest it should be moved at this point.”

Even more flagrant, deciding whether or not to “grant” an interview is not a practice that institutions that collect money from their members should engage in.

Ehrenholz ran for president on a platform that promised “transparency in [the AMS’s] communications and finances.” Communications doesn’t seem to be going that well, and we’re still waiting to hear how much the society’s failed business ideas cost students.

Not to sound self-important, but The Ubyssey is the only independent source that regularly informs students of what their student government is doing. If our interviews aren’t being “granted,” the only other people telling students about what the AMS is doing is the AMS.