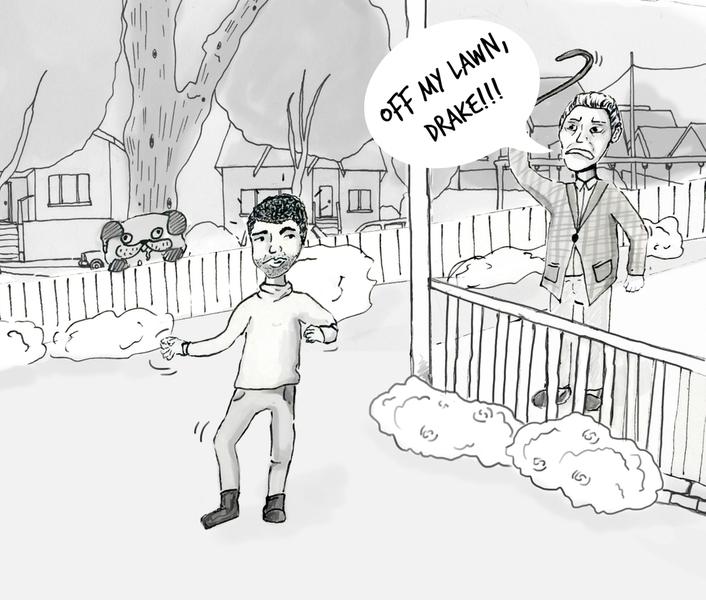 Some people, man. At 6:06 a.m. on November 13, professor of anthropology Charles Menzies got out of bed and took to Twitter to trash the Hotline Bling project put on by Dive Into UBC, The Calendar and the AMS.

"It's one of the coolest things I've ever done at #UBC," AMS Student President. The sorry state of student politics. https://t.co/nlkiDFxtVJ

AMS Senator Gurvir Sangha was quick to defend the completely harmless series of dance videos and called out Menzies for his cane-waving and fundamental misunderstanding of what happened.

@charlesmenzies oh man, where to begin... it was put together in less than two days by a couple people. Cost $800. It's received...

@charlesmenzies national coverage and engaged 2K+ students. It's a little bit of fun and the student body has been overwhelmingly receptive.

Not one to give up easily, Menzies doubled down on calling out the AMS for not doing enough for social justice causes — presumably while on top of a mountain, peering down and hating the happy town below, or writing a one-star review of Footloose.

So where is action on issues of social justice as opposed to entitlement middle-class antics? @girby Not found in mainstream Student Orgs.

Sangha then linked Menzies this op-ed to illustrate what the AMS is actually investing their energy in — we'll just let the rest of the exchange speak for itself.

@charlesmenzies don't think it is physically possible to cringe harder than I just did. Have a good day, Professor.

@charlesmenzies here is the trophy you win for not liking a thing. Congratulations. pic.twitter.com/sCrzSBxPr9