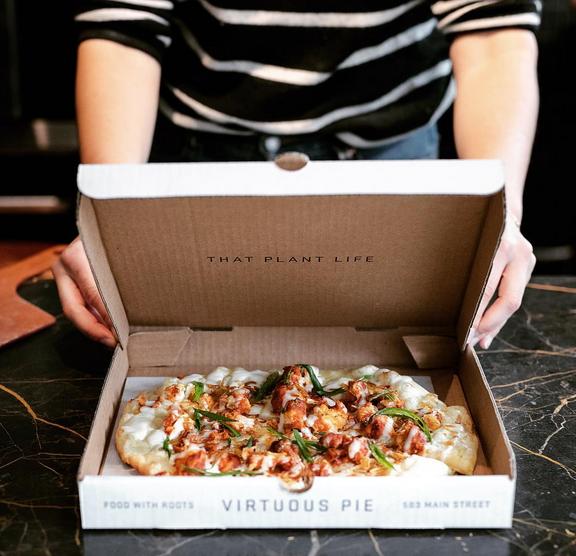 Rachel Lau’s insightful letter sparks a needed conversation. They believe that in order to stand in solidarity with the low-income residents of Chinatown, people should not be supporting Virtuous Pie — the vegan restaurant that represents, on so many levels, white privilege. They recommend that UBC students avoid financially supporting their new on-campus location, which will fuel the continued gentrification of Chinatown. I agree with Lau, we need to be thoughtful about where we spend our money.

They conclude in their piece, “if you ever want to chat about gentrification over some pizza, I’ll be at Mercante.” My question is: can we truly enjoy a slice of pizza without supporting the unfair treatment of marginalized communities? Ultimately, I argue no. In fact, we are all involved in supporting unethical businesses — regardless of the ethical brand high-end vegan restaurants may advertises themselves to be. Lau made that point clearly — Virtuous Pie does not support animal cruelty, but Lau saw the problem that Virtuous Pie continues to participate in unethical endeavours.

There is an issue. Poor Chinese seniors are being pushed out of their homes because rich white people decided to push their privilege onto their communities. That’s messed up on so many levels. I am not disagreeing with Lau regarding the boycotting of high-end restaurants in low-income communities — it’s crucial that we are aware of intersectionalities of our consuming behaviours with inequalities. I admire Lau’s boldly written piece and I’m excited that this conversation has started.

What we buy matters.

I want to analyze Lau’s comment instead: what are some consequences of heading to restaurants such as Mercante instead of support Virtuous? Let’s make it clear, I’m not disagreeing. Instead, I would like to add to the conversation considering this area involves “ethical”  consumption.

What we buy has consequences.

For instance, my money went towards this Apple computer, which contributed to the inhumane treatment of workers in China.

Buying a cheese and pepperoni pizza contributes to the inhumane treatment of both marginalized workers and animals. Food that we’re used to having, such as a slice of pepperoni and cheese pizza, has consequences. Something that we don’t take the time to think about is how Mercante contributes to the cruelty of marginalized communities such as black and brown individuals. Many workers in slaughter factories are working in traumatic environments, one that my grandmother was structurally coerced to partake in. Slaughtering animals is traumatic, and the industry is racist.

Finally, when we head to Mercante, we passively allow our government to continue subsidizing animal agriculture. What might a simple slice of cheese and pizza contribute to? Let’s list some: Climate change. Ocean dead zones. Fisheries depletion. Species extinction. Deforestation. World hunger. Food safety. Heart disease. Obesity. Diabetes. So a simple slice of pizza and our reliance on animal products should be questioned.

Lau brilliantly convinced me to be mindful and acknowledge the problems when purchasing a $5 slice of vegan pizza at Virtuous Pie, and offered alternative restaurants instead. But have I convinced Lau that something as simple as buying a pepperoni and cheese pizza at Mercante might have consequences also?

Emily Truong-Cheung is a second year Ph.D. student in Sociology who advocates for ethical consumerism. All four of her grandparents called Chinatown home, so she is delighted that students are involved in advocating against gentrification. Emily’s grandparents and parents suffers from diabetes and kidney failure; health problems that she argues are part of the cultural normalization of making processed animal products affordable and appealing to working-class and poor households.