Letter: The UBC Social Justice Centre fails to understand the politics of Venezuela in their recent letter 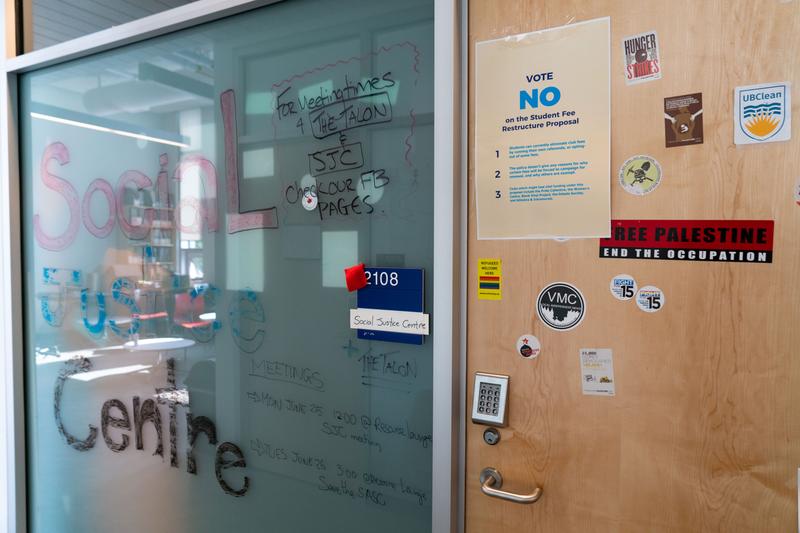 Millions of Venezuelans everywhere have been celebrating Venezuela’s progress after Juan Guaidó, the opposition leader and elected representative of the National Assembly, was recognized as the interim president of the country on January 23, 2019. This event in history gives Venezuelans the hope that one day, they will achieve economic, social and political stability and prosperity under democratic rule.

For these reasons, I find that the UBC Social Justice Centre has failed to fully evaluate and analyze the political situation in a recently posted letter outlining its opposition to Canada’s intervention in Venezuela. I hope the perspective provided in this response is successful in encouraging the writers of the letter to reconsider their opinion.

As seen by many, the Venezuelan government under Maduro’s rule was elected, but through a highly manipulated electoral system that is only partially “democratic” under the corrupt dictatorship. Although elections were hosted, Maduro exiled or banned the opposition from running. In other words, the elections that declared him president were undoubtedly illegitimate. This means that Canada and US efforts to “destabilize and overthrow” the regime are supportive of Venezuela’s path to achieving free and valid elections in the future. It is important to understand that what is happening in Venezuela is not a “US-led coup against the elected government of Nicolas Maduro.” The great majority of Venezuelans are struggling to rid the country of a dictatorship in pursuit of just and truly democratic elections. Therefore, Venezuela’s situation is not comparable to the Ottawa Initiative because the support of Canada and the US is not in favour of a planned coup as stated in the letter. Instead, it is a first step in helping Venezuela restore its democratic system through "peaceful and negotiated means." They are supporting the democracy that has been mocked by Nicolas Maduro after he allegedly hosted fraudulent elections, which were highly condemned at an international level, in order to claim a second term of presidency for six years.

In my opinion, recognizing Juan Guaidó as Venezuela’s interim president exemplifies the interest of the international community to improve the political situation rather than “[interfering] in the sovereignty of Venezuela” because a nation governed by tyranny does not qualify as sovereign under any circumstances. Needless to say, many Venezuelans are extremely grateful for Canada’s support. The US and EU, along with all Latin American governments are also in favour of the democracy that is currently represented by deputy Juan Guaidó.

As for the critique on Canada’s sanctions against the Venezuelan government, it should be noted that Canada’s restrictions outlined in the Special Economic Measures Act and the Justice for Victims of Corrupt Foreign Officials Regulations are to pressure Maduro to relinquish their fraudulent government. Restricting dealings and support of a corrupted ruler is in no manner “cruel and inhumane,” but rather reflective of Canada’s interest in helping Venezuela attain the justice that it deserves.

As a Venezuelan who was separated from her family due to the political catastrophe brought about by Hugo Chavez and Maduro, I wrote this response on behalf of all Venezuelans that have been offended and disrespected by the letter. Canada’s intervention in Venezuela’s affairs is not an “extension of Canadian colonialism,” but rather an initiative to protect Venezuela and its people as well as provide humanitarian aid to a nation that has been suffering for too long without international support. This decision illustrates Canada’s values of eradicating anti-oppression at a global level, progressive social change and equity among individuals; a concern that the Social Justice Centre claims is their objective for the organization.

Venezuelans currently living in the country are struggling with drastic food, electricity and water shortages, leaving entire families unable to satisfy their basic necessities; they have been so focused on surviving that they have forgotten how to live. Those who live abroad are struggling to cope with the separation from their home and families, sacrificing everything that holds the most value in order to seek an opportunity for a better life.

The underlying focus of this letter is not to condemn the Social Justice Centre, but rather to serve as a reminder of the importance of considering all aspects of a political issue before formulating an opinion. Ensuring thorough research into a problem with which there is little familiarity is crucial to avoid publishing a piece that is supported by subjective bias instead of concrete evidence. While it is evident that an offense against Venezuelans was not the intention of the letter, it is necessary to engage in further discussion of the topic to prevent future misinterpretations of another country’s affairs.